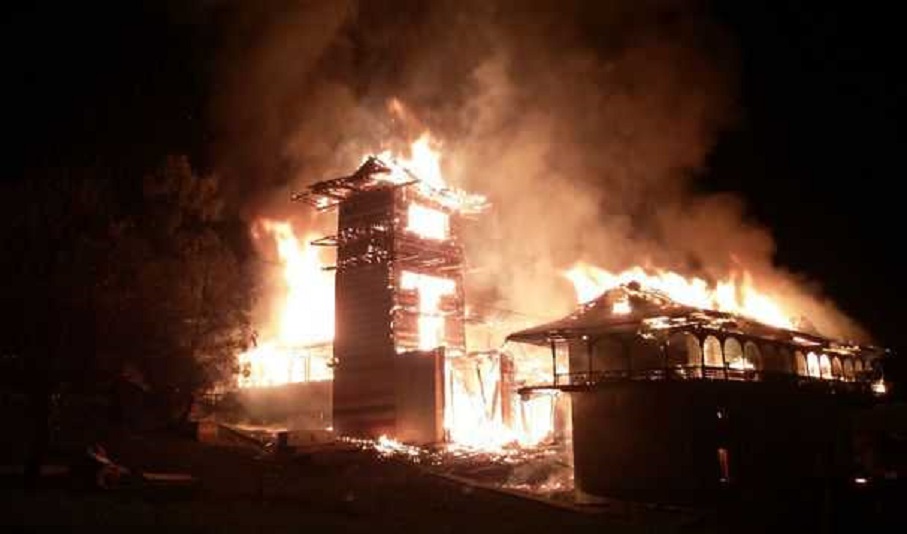 Report: The historic temple of Shangchool Mahadev and three four-storey houses were destroyed in a devastating fire at Patahar village in the Sainj valley. All ornaments and stock of the temple were destroyed, however, the rath (palanquin) of the deity was preserved.

Report: To save their homes from demolition, around 800 Valmikis in Rampur district of Uttar Pradesh converted to Islam on Tuesday, reported an English daily.

According to the report,  civic authorities allegedly painted red marks on their houses, which created a panic situation among people. According to Valmikis, the demolition of their houses would pave for building a mall in the area which is said to have the backing of UP minister Azam Khan.

Report: Many  people were injured  in clashes between police and Yasin Malik’s JKLF supporters, who were protesting after  Friday Namaj against the proposed “composite townships” for displaced Kashmiri Pandits in the valley.

Police in crisis resorted to lathicharge and used tear gas shells as soon as the protesters led by JKLF leader Yasin Malik reached near Ghanta Ghar at Lal Chowk in the afternoon with hundreds of his supporters. Later, a group of youth pelted stones at the police and paramilitary personnel, leading to clashes which lasted nearly one hour.