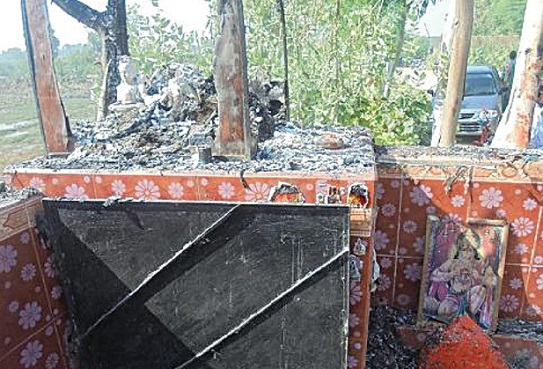 1. Six years on, Jihadi Romeo’s responsible for the death of 3 girls roams free

Report: It has been six years since three twelfth standard students decided to put an end to their lives because of the monstrous menace of love jihad. Justice however eludes them, with the case seeing little progress. The tale of the three girls had a tragic end, with Shahnawaz and Saufar, the jihadis turning romeos capturing explicit videos of these girls on mobile phone and using the same to threaten them. The girls, seeing no end to the calamity that befell them decided to put an end to their lives.

Report: The RSS leadership in West Bengal claimed that the West Bengal administration has started swooping down on Sangh’s shakhas, with two incidents of the policemen disrupting Sangh’s activities.

Report: Coverage of the events at Satlok Ashram at Barwala in Hisar (Haryana) is bordering on the abusive. The media seem to have pounced upon the opportunity to paint all Hindu religious activity in the blackest of shades and to pontificate against all sects, sampradayas, sadhus, sannyasins and other Hindu religious leaders in the vilest terms.