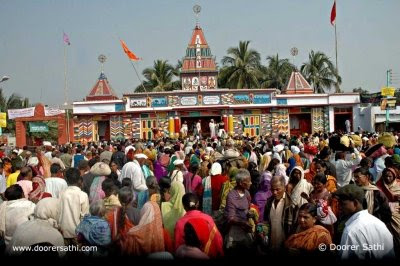 1. Hindu girl in Bangladesh kidnapped and forcibly converted to Islam

Report:  Eti Rani Acharjee, daughter of Moni Acharjee and Shova Rani Acharjee who is a minor girl of only 14 years was abducted on 23rd August 2014 and was forcibly converted to Islam. The FIR registered names the perpetrators as Md. Siddiqur Rahman (20), Rup Chand Begum (40), Md. Abdur Rahim (48) and Ms. Sohenar Begum (42). A case has been registered against them (Case No: Kasba P.S. case No. 55 dated 27.08.2014) under Section 7/30 of the Women and Children Repression Act, 2003.

Report: Kumari Putul Murmu an Adivasi girl, who was raped on 25th August 2014 at Govindagonj Upazila of Gaibandha District, according to a report from the Bangladeshi Daily Sangbad dated 7th September, 2014. According to the report, the perpetrator, Mohammad Kalam (28) had been stalking her for several days in order to satisfy his lust.

Report: Unidentified assailants shot dead a Sikh trader, Har Jeet Singh inside his shop at Nauthia Bazaar Peshawar. According to statements of eyewitnesses, two men armed with pistols entered Singh’s shop in the garb of customers and shot him at close range.

4. Bihar Dalit woman accuses husband of forcing her to convert

Report: A Dalit woman in Bihar’s Sitamarhi district has alleged that her husband was forcibly converted to Islam a fortnight ago, and now she and her teenage daughter were being pressured by him to change their faith.

5. ‘Love Jihad’ cases on the rise in Tamilnadu

Report: Mahesh, the district president of Hindu Front in Vellore has stated to news reporters that the last two years have seen more than fifty deceitful marriages between Hindus and Muslims in Vellore district alone. According to him girls, from poor Hindu families are wooed by Muslim youth promising an opulent and luxurious married life. These girls are then converted to Islam.

For the Love of Nature

Are Indian tribals Hindus: The Figures

Are Indian Tribals Hindus: Part I