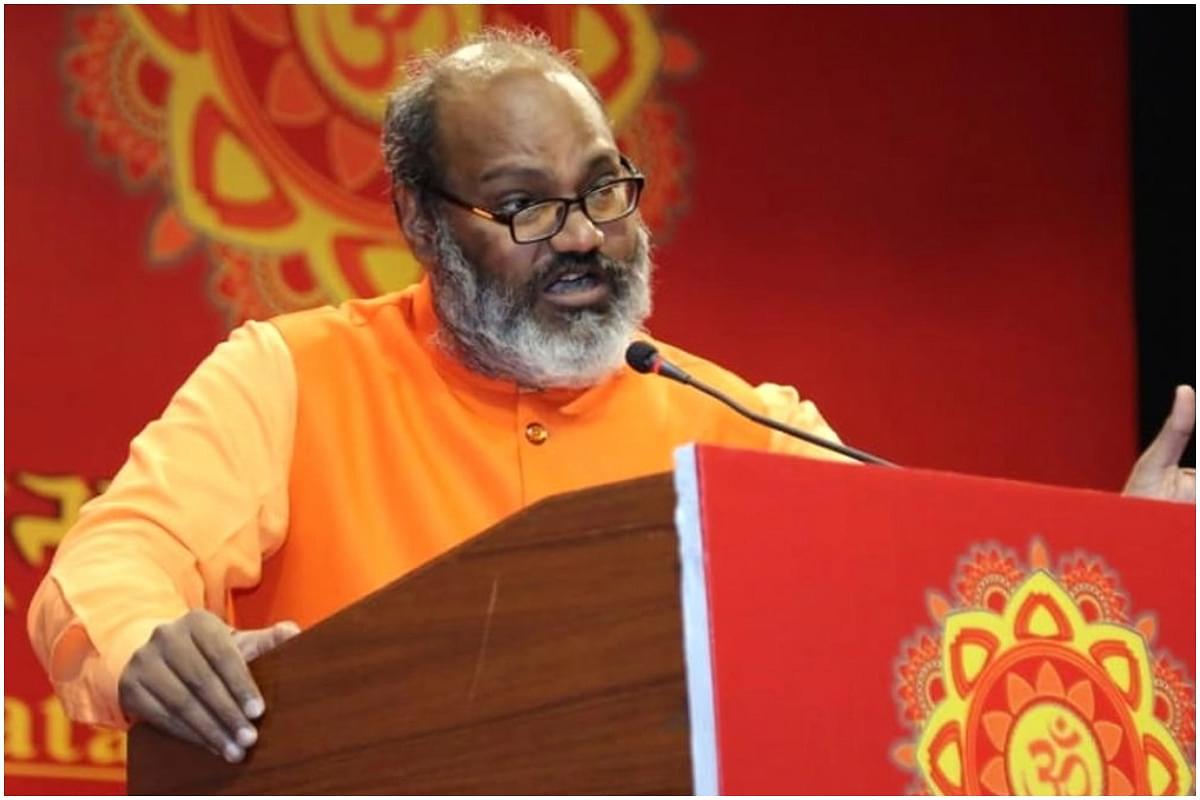 Editor’s note: This article was originally published in Swarajya on January 12, 2022. Reprinted with permission.

Let us not mince words.

The Haridwar Sammelan was a blot on India in general and Hindu Dharma in particular. This conference, organized by ‘Yati’ Narsinghanand, is condemnable and louder the condemnation, the better it is for Hindu Dharma.

It is easy to get carried away by hatred. It is even easier to caricature and lampoon the entire Hindutva movement as a movement of hatred using the golden opportunity provided by the Sammelan.

But what is important is to understand this hatred, so that we can avoid it both consciously and instinctively and realize the historic pitfalls we can bring upon ourselves through it.

In India, Hindus are a communal majority, but not a political one. Thus, Hindutva politics also has the tendency of showing the rhetoric of majoritarian politics at times. When the genuine fear of getting wiped out by global monopolistic forces and voices of majoritarian crudeness combine, it gives rise to an ugly phenomenon.

The Haridwar Sammelan is an excellent example of this.

There is another side to this coin too.

Muslims in India are indeed religious minorities. Their politics does have strong democratic elements of minority politics. In any good democracy, minority politics should be respected and should be the voice of civilizational conscience in that society. At the same time, Muslim politics in India is also Islamist. In that aspect, it is the politics of unbridled expansionism. The strategy of Islamist politics in India is to camouflage itself with democratic aspects. The anti-Hindu leftists who ally with the Islamist politics help them in the act — on political, academic and media platforms.

Meanwhile there are other worrying trends. Let us take just one example.

In the larger Indian landmass that includes Pakistan, Bangladesh and Myanmar, there has been a steady increase in the percentage of Muslims and overall decline in the percentage of Hindus. But in terms of absolute numbers all populations are increasing. With climate change, sea level rise, extreme weather events in the coming decades, a large number of people are going to be ecological and economic refugees. With respect to Bangladesh and India, this means a steady increase of Bangladeshis within India.

This is an inevitable scenario.

Islamism has understood the importance of using these ecological and economic refugees as the foot-soldiers of their theo-political agenda. Ultimately, this could create either a huge Islamist network or pockets of Taliban-like provinces within India. Again, Islamists and leftists have joined hands to create a narrative to justify such a demographic change. Here too, there is the politics of genuine refugees and the expansionist politics of changing demographics.

This is a real problem that is brewing. Hindutva needs to strategize to resist this demographic change. And it is in strategizing for such problems that Hindus have shown negligence.

The Islamist opposition to Citizenship Amendment Act (CAA) may be precisely because it is a right step in the right direction. In this context, the Rashtriya Swayamsevak Sangh (RSS) is perhaps the only organization that has thought and worked on these lines. The “same DNA” observation by the Sarsanghachalak of the RSS is an important observation in this regard. The comment points out the fact that Muslims in India cannot solve their problems by associating themselves with the power-opiate that Islamist politics gives. They may feel like genuine victors, but they would end up becoming the canon-fodder of Islamist politics.

Indians need to face their problems here together — floods to famines, pandemics to poverty. In this we need to cooperate. Hindutva is forging this cooperative politics that transcends religious identities. Hindutva has done that successfully through millennia with diverse religious and ethnic communities. But it is easier to misquote, misjudge and attack than it is to understand the implications, particularly when we have the gateway to instant glory through social media.

On the other hand, the Haridwar Sammelan could not have come at a more appropriate time for the haters of Hinduism and Hindutva. The adharmic sadhus at the event fulfilled every caricature of Hindutva. Remember, this was when many prominent academics were on the backfoot because of the expose of their Hinduphobic conference a few months back.

The Haridwar Sammelan also has served some more mundane purposes. The Uttarakhand BJP government can be blamed if it does not act. And if it does, it can be shown as anti-Hindu through whisper campaigns. And one should remember that the “Yati” in question belonged to the Samajwadi Party (SP), the chief rival of the Bharatiya Janata Party (BJP), before he donned the saffron robes and shot into prominence.

Events like the Haridwar conference can also give a setback to genuine bridge-building exercises. Again, it is disheartening to see many ‘keyboard kshatriyas‘ attack the Modi government for minority-focused schemes. Minority welfare schemes and appeasement of Islamist forces are not one and the same.

We have seen how genuine social reform movements can easily become vehicles of anti-Brahminism. We have also seen how a sincere effort to decolonize that starts with Sri Aurobindo, Swami Vivekananda, and Mahatma Gandhi soon devolves into fundamentalism of the Ram Rajya Parishad. Even though the neo-decolonization warriors may owe their first, and perhaps their only, steps to the Gandhian Dharampal they would soon start abusing Gandhi. From that, they would move to targeting Swami Vivekananda, and even Sri Aurobindo would not be spared. Every inhuman practice of the past, including untouchability, would be whitewashed. When it comes to caste, they would also belittle Veer Savarkar.

Whatever the movement, hatred always awaits the lazy mind that is susceptible to the high it gets from the passionate emotion.

But a Hindutvaite has to be extremely cautious that he or she is not taken over by it. Because Hindutva is the reflection of the words of Swami Vivekananda on the closing session of the World Parliament of Religions 129 years ago:

“If anybody dreams of the exclusive survival of his own religion and the destruction of the others, I pity him from the bottom of my heart, and point out to him that upon the banner of every religion will soon be written, in spite of resistance: ‘Help and not Fight’, ‘Assimilation and not Destruction’, ‘Harmony and Peace and not Dissension’.”

This is Hindutva for the RSS and countless workers of the RSS who continue to sacrifice all their comforts to serve the most vulnerable sections of our society in the remotest parts of India. This Hindutva shall become the spiritual basis of such coming together of humans for the common good and welfare of all humanity while preserving its theo-diversity.

Aravindan Neelakandan is a contributing editor at Swarajya.