When the Jihadists came for me… 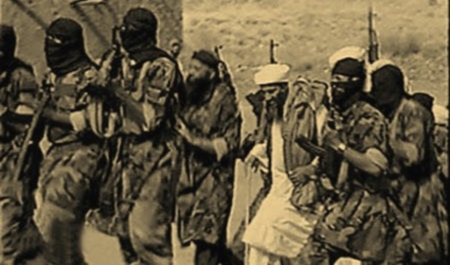 A few weeks ago, I had written an article titled Secularism=Pornography. The central theme of my piece was how “consumers of pornography and secularism are unable to resist pursuing them to the detriment of other activities.”

In the article, I have quoted John Sessoms from his article “The Cyber Pornography Use Inventory: Comparing a Religious and Secular Sample.” Sessoms says perceptively that

“In 1982, Zillman and Bryant assessed the impact of pornography on dispositions towards women. Over the course of six weeks, participants were exposed to no pornography, an intermediate amount, or a heavy amount. They were then given a rape case and asked to give a sentence for the convicted rapist. Those in the massive exposure group recommended much shorter sentences for the rapist than did the other two groups. The researchers also noted that as pornography exposure increased, the perception of abnormal sexual practices (e.g., sex with animals) as normal increased. Furthermore, those who were exposed to massive amount of pornography demonstrated significantly greater sexual callousness and lower compassion towards women than those in the other two groups.”

My theory has been proved correct again and again by secularists. Tarun Tejpal and Mulayam Singh Yadav are among the prominent ones who have lived up to my theory.

Samjawadi Party Chief Mulayam Singh Yadav on Thursday opposed the new anti-rape law and said that his party would change the law that entails death for rape. Addressing a rally in Moradabad, Mulayam said, “rape accused should not be hanged. Men make mistakes.”

The reason for Mulayam defending the rapists is simple: the rapists in the case of Shakti Mill, Mumbai were Muslims and have been awarded death penalty.

Earlier, yet another Samajwadi Party leader and Rajya Sabha MP Naresh Agarwal on the Shakti Mill Rape Case had said ‘women needed to pay attention to their clothes to avoid being raped”. He had also said ‘women should not be too influenced by television’.

Mulayam Singh Yadav first took steps to release the terror accused in UP, then called the Batla House Encounter fake (where a senior officer lost his life) and is now defending rapists in the name of Secularism.

It is evident that Mulayam Singh Yadav is unable to resist pursuing secularism even though it is detrimental to normal, humane, and decent activities.

The supporters of Mulayam Singh Yadav in UP are also caught in the same perverse trap. Because of this attitude of UP Government, most of the Muslim criminals, run away to UP after committing crime in Mumbai and Hindus from UP in Mumbai face the consequences.

It is the same SP government whose leaders didn’t go to meet the families of martyred soldiers who were beheaded by Pakistani soldiers. The reason being: they didn’t want to upset Pakistani Muslims and in turn, Muslims of UP.

Mulayam Singh Yadav has been the Defence Minister of India and now aspires to be Prime Minister. And there are people supporting him.

And now, the latest Secularist in Indian politics, who started the movement against corruption was careful to not allow “communal” leaders share the stage with him. We’re of course talking about Arvind Kejriwal of the Aam Aadmi Party, who has no problems in accepting support of Mukhtar Ansari. Mukhtar Ansari is just accused of a couple of murders, kidnapping and such other trivial charges.

The unfolding of events makes me dedicate following lines to secularists.

”When the Jihadists came for the Hindus,

I was not communal.

When they killed the seculars,

I was not a Kashmiri Secular.

When they came for the Kashmiri Seculars,

I did not speak out;

I was not a Brahmin

When they came for my caste,

I was not of the same caste.

When they came for me,

There was no one left to speak out.”

(with apologies to Martin Niemöller.)

It is too late for Hindus to cure themselves of the disease of secularism or “sickularism” as it has been reduced to. Maybe Hindus are on the brink. Their last chance is in the 2014 elections to redeem themselves. Or maybe never.