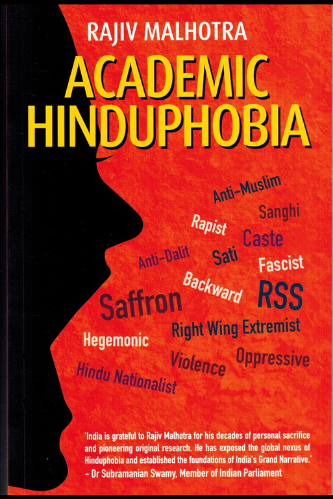 Today, over 75 academics released a letter that was sent to several universities listed as sponsors and co-sponsors of the upcoming Dismantling Global Hindutva (DGH) conference. Signed by scholars holding endowed chairs and Emeritus status at several universities throughout the United States and India, the letter expresses “profound concern” that the DGH event appears to deny the existence of Hinduphobia even while it defines Hinduism in derogatory terms and denies systemic persecution many Hindu communities have faced and continue to face globally. The scholars raised concerns for the safety of Hindu students on campus when faced by the political activism and Hinduphobia denialism of their instructors, and also for the reputational “ramifications” events such as DGH cause to their institutions. While affirming a commitment to academic freedom and integrity, the scholars asked universities to issue a reminder that any engagement in “political activity must occur in an individual capacity so that implicit or explicit institutional support to the DGH event, or similar events, is not implied”, and to ascertain that “institutional financial resources are in no way misappropriated to sponsor or co-sponsor the DGH political event.”

Importantly, we note that several academics informed India Facts that several colleagues in the field of religious and South Asian studies declined to sign the letter, while others signed the letter but then asked to remove their names, following sustained threats from colleagues warning against opposing the DGH event. We condemn this type of intramural harassment and intimidation that has become all too common on college campuses where spaces for dissent and academic inquiry are shrinking in the face of ideological purity tests. We commend and stand with the courageous signatories of this important letter.

We the undersigned scholars and educators write to you to express our concern that centers and departments at your institution are listed as “Contributing” or “Supporting” sponsors of a political event entitled, “Dismantling Global Hindutva” (DGH), scheduled virtually for September 10-12, 2021.

The DGH event’s website represents its event as a political meeting seeking to “Dismantle Hindutva,” that DGH defines as the nationalist ideology of India’s democratically elected Bharatiya Janata Party. The goal of the event is not to hold an academic discussion about “Hindutva” inviting a diversity of perspectives, but to create “pedagogy” to dismantle the “economic turmoil unleashed by the authoritarian economic policies and policy-making framework of the BJP government, including the failed demonetization policies and the ill-conceived agricultural reform policies.” A senior member of the Politburo of the Communist Party of India (Marxist-Leninist), a political party in India opposed to the BJP, is an invited keynote speaker, further confirming the political nature of the DGH event.

No dissenting academic perspectives are included, establishing the event’s partisan objectives. Instead, the DGH website and social media feed label those dissenting with the meeting as “supremacist” or “fascist.”

We are profoundly concerned, too, that in its attempt to “dismantle Hindutva,” the DGH organizers promote Hinduphobia. The DGH website defines Hinduism’s meaning as one “under contestation” and “contradictory,” and falsely alleges that Hinduism is at the root of “deep inequities in Indian society, most importantly for the caste system.” Speakers confirmed for the forum include those who deny that Hindus face systemic persecution in different parts of the world. And the DGH social media feed rejects the very existence of Hinduphobia — which is an ahistorical and counterfactual assertion contravening extensive scholarship tracing Hinduphobia’s insidious and dangerous manifestations both historical and contemporary.

Students on several campuses sponsoring the DGH event report a sense of feeling targeted and fear retribution by DGH faculty members when they oppose the political ideology motivating the event. When 20% of the 1.1 million international students contributing $45 billion to the US economy are of Indian origin, many of whom are Hindu, any institution’s sponsorship of this event conveys significant reputational and financial ramifications that go well beyond South Asia studies, and impact scholars, departments, and centers of every discipline.

We also believe that departments and centers sponsoring overt partisan political activity without creating space for dissent, violates the university’s ultimate purpose — to ensure all scholars academic freedom regardless of political affiliation and to impart to students the skills to think critically, communicate effectively, and engage with diversity. As such, we affirm our commitment to both academic freedom and academic integrity.

While faculty organizing, supporting, or participating in the event are free to engage in political activism and mention their academic titles, the DGH event website features no faculty names and instead names entire departments and centers as sponsors. We believe that the use of university names and financial resources for partisan political activity contravenes the educational mission and not-for-profit status of academic institutions and is in violation of use of university name for non-academic program policies.

We, the undersigned, urge you to issue a statement reaffirming a commitment to academic freedom AND to academic integrity, and also condemning Hinduphobia, in its varied manifestations, joining other national universities taking this important step.

We ask that you also issue a reminder that any engagement in political activity must occur in an individual capacity so that implicit or explicit institutional support to the DGH event, or similar events, is not implied, and ascertain that institutional financial resources are in no way misappropriated to sponsor or co-sponsor the DGH political event.

Signatories are listed in alphabetical order. University affiliation is included for identification purposes only and does not reflect institutional or departmental support or endorsement of this letter.