U R Ananthamurthy is a lifelong anti-Congressman: Ram Guha 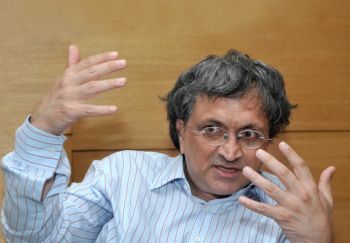 Cricket historian, writer, and commentator Ramachandra Guha in response to a tweet, said this:

U R Ananthamurthy has made no bones about his being an arch Communist in his heydays. He was in fact part of the Communist intellectuals/academics team that was invited to China. He was also associated with the Ram Manohar Lohia brand of socialism for a number of years. After the fall of the USSR,  and especially after Communism became an ugly word, he resorted to calling himself a socialist.

As for Guha's claim that URA was a lifelong anti-Congressman, the more accurate description would be to call him a lifelong BJP/RSS/Sangh Parivar-hater. Almost every award, powerful position, and freebies (land, Government-funded housing, etc) that he has received has been bestowed by the Congress.

More recently, here are some events which puncture Guha's claim about URA:

Either Ramachandra Guha assumes his readers to be ignorant and/or ill-informed or he himself displays one or both of these traits. Going by Guha's credentials of scholarship and reputation as an academic and (of late) historian, one finds it hard to believe that he's ignorant or ill-informed. Indeed, Guha is the man who wrote a laudatory piece on URA peppered with personal anecdotes about the novelist's life.

That leaves us with no alternative except to call Ram Guha an incorrigible liar.