Ayodhya Dispute-II: A Timeline of Events 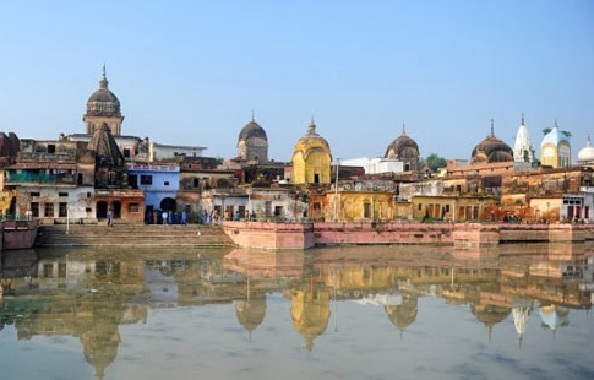 Between writing Part I and Part II of this series, I came across this article by Deepanjana Pal on a documentary by Anand Patwardhan on Babri-RJB episode named Ram ke naam. And trust me, it has all the ingredients highlighted in part I of series. There are emotions between lies and more emotions and more lies, which makes this Part II of the series all the more important. Here, I wish to highlight the impeccable scholarship of pro Ram Janma Bhoomi team and the struggles they had to go through.

The most vocal Babri campaigner, Professor Irfan Habib would want you to believe that the claim to Babri site “started only after 1934 riots”. Prof Romila Thapar would want to convince you that “divine or semi divine being worshipped by group” should not claim land by declaring it birthplace all of a sudden.  25 JNU historians led by Professor S. Gopal and Bipin Chandra would force to intervene because “beliefs claim the legitimacy of history”. Professor R.S Sharma would proclaim that Hindus in medieval times did not perceive invaders in “purely religious or Islamic terms” and that the archaeologists got caught in communal trap. Professor Sharma also would try to convince you that Ayodhya “neither appears as a place with a temple of Rama nor as a place of pilgrimage for to the Hindus”. “Not a shred of evidence” for Shri Ram Janma Bhumi.

How then did the court decide to grant the decision in favour of Ram lala? The answer to this is long, but has been summarized here.

It was also time for historians and archaeologists to try to discredit the find. Sample this:

While writing this piece I had to force myself to stop somewhere. The matter is in Supreme Court and several other articles can explain the judgment of Allahabad High Court. This part was written only to highlight how real and fake historians, archaeologists, epigraphists, numismatics expert and lawyers work. While real independent researchers were going through thousands of documents, land records, Itihasa, epics, granthas, archives of administration letters, foreign travelers’ records, Babarnama, invader’s records, court records, and sculptural and archaeological evidences; the fake researchers were intellectualizing the conflict and pouring an unhealthy dose of Nehruvian secularism into masses through main stream media. While real researchers toiled, leftist historians personally attacked Prof B.B Lal and others of professional dishonesty.

The number of articles dished out by the Leftist Historians on Babri is huge and the quotes one can get surprised at are countless. If we carefully observe the dates, at each successive massive blow to the “Idea of India” brigade in the court by the knowledgeable pro-RJB experts, pro Babri Historians were again writing their busted in court lies as facts. They were accepting in court that the virgin land under Babri was their reactive lie, yet were again pushing same virgin land theory in their op-eds. They were being discredited left, right and centre in the court through the legal records, land records, literary and archaeological evidences, yet they kept the reigns of media narrative in their hands. How and why? You tell me.

Irfan Habib had said “a purely Muslim kind of structure is being appropriated as a Hindu one” and called this “a regular part of the VHP kind of propagandist archaeology rather than report from a body called Archaeological Survey of India”.