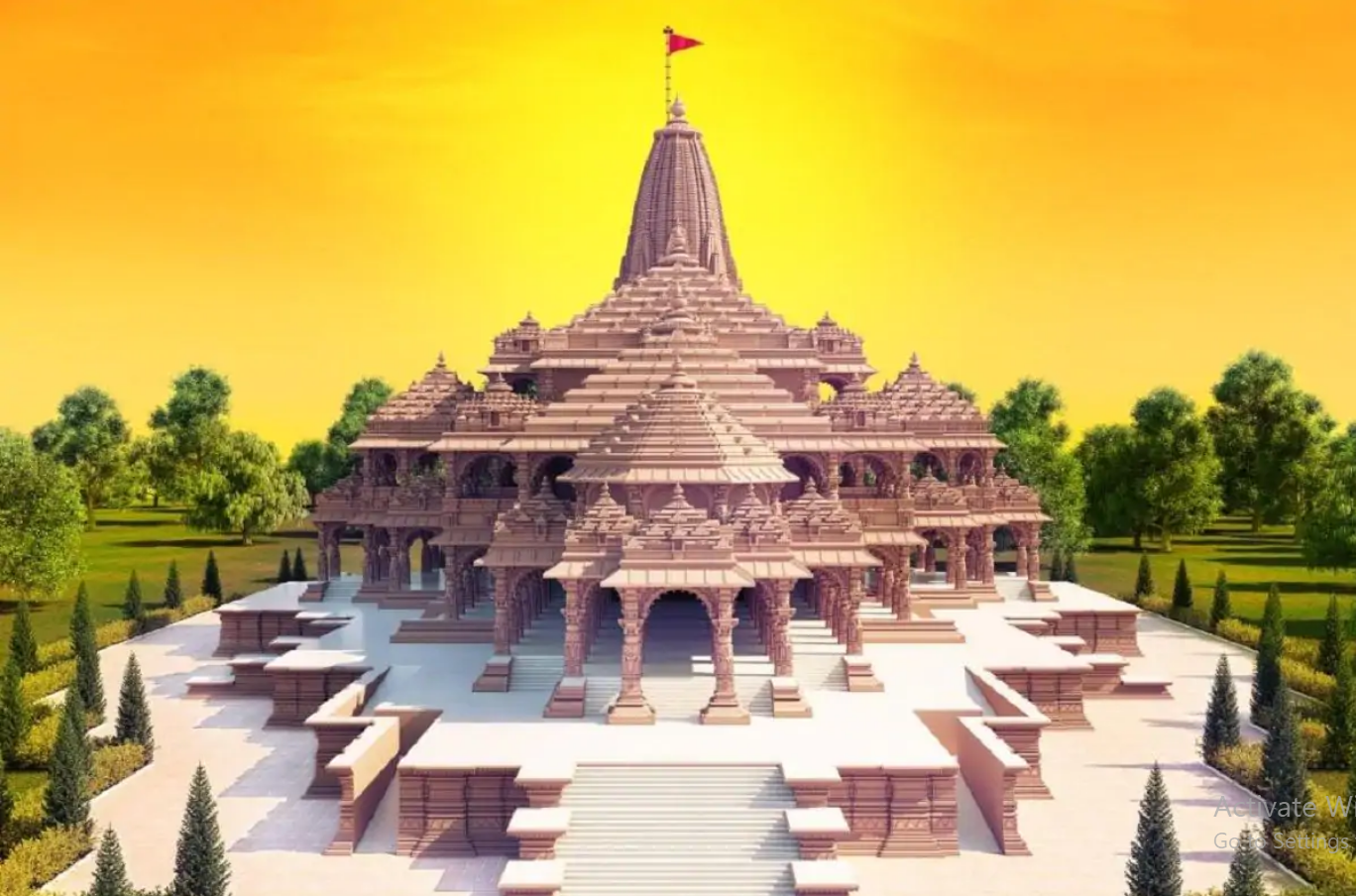 I ought to be celebrating the foundation-laying of the Ram Janmabhoomi Temple in Ayodhya coming up on August 5, 2020. The razing of the temple that commemorated the birthplace of one of the dearest human forms of the divine — Ram (or Rama) – by the Mughal marauder Babur and the building of a mosque (Babri Masjid) over it has been a wound that festered for generations of Hindus. Come Wednesday, I know that a large population of India will erupt in joy when the foundation stone is consecrated, and centuries of neglect and disrespect shown to a sacred Hindu site will be reversed. Perhaps, it will warm my heart too.

But when I will remember the trials and tribulations that the Hindus went through – the long-drawn legal processes to establish that the site was really the birthplace of Ram — my anger will come back. My mind will ask yet again — why did a court have to decide that Hindus could build a temple to mark the birthplace of Rama? A land which has been inhabited for millennia by Hindus needed lawyers to run around collecting evidence and preparing arguments to establish that the Janmabhoomi was known throughout history as the birthplace of Ram? Kar Sevaks had to lose their lives for daring to claim what was theirs?

When the Supreme Court of India gave its verdict on the Janmabhoomi in favour of Hindus on November 9, 2019, great care was taken to ensure that it was portrayed as neither a win or a loss for Hindus or Muslims. The government went to the extent of warning Hindus not to indulge in celebration (https://www.opindia.com/2019/11/a-hindu-perennially-ashamed-and-guilty-how-narrative-after-ayodhya-verdict-is-trying-to-achieve-it). You see, only Hindus can be told point-blank what they need to do. The other communities need to be cajoled and handled via their religious leaders. Don’t we remember how India’s National Security Advisor Ajit Doval had to personally visit Tablighi Jamaat’s Markaz in Nizamuddin East in the middle of the night to get compliance on coronavirus regulations?

What’s more, the Supreme Court in its Ayodhya verdict made it amply clear by quoting the Places of Worship (Special Provisions) Act, 1991, that Hindus need to lay off from claiming the birthplace of Krishna in Mathura or the Kashi Vishwanath temple in Varanasi. It was almost like saying — hey you Hindus, you were wrong in breaking the Babri Masjid, but we’ve still given you your Ram Janmabhoomi; now stop complaining and don’t even think of reclaiming any of your other temples.

It bothers me that the bringing down of the Babri Masjid by Hindus gets worldwide attention as an act of intolerance despite the fact that thousands of Hindu temples were destroyed throughout history by Islamic rulers. Why are those despots who tried to erase an age-old civilization enshrining the most liberal ideals still not being called out for their bigotry and racism?

I will not be able to forget that for nearly 500 years, millions of villagers continued to travel to offer their devotion at the feet of Ram Lalla even after a mosque was built over the destroyed ruins of the original temple. They offered flowers despite being fenced off and not being allowed to enter the mosque. They wept at the piteous condition of a place which ought to have been in shining grandeur.

I will never forget that Romila Thapar, Irfan Habib, R.S. Sharma and other Marxist historians conducted a sustained campaign from 1989 onwards to prevent the sacred land from being returned to the Hindus. Thapar had insisted that there is no proof that Ram existed and even if he did, there is no proof that he was born at the so-called Janmabhoomi. Her cabal sent stooges to present outrageous narratives to the Supreme Court. Many of these historians are still around today sharing their toxic thoughts and signing obnoxious petitions. Will history forgive these historians? Will their karma get the retribution it deserves? Not to forget the politicians who did everything to prevent an amicable resolution of the problem.

Today, we are seeing the statues of racists in America and England being brought down in the midst of cheers. Anyone who suggests that those statues should still be standing will be lynched for being an extremely bigoted person. Will the same thought process be extended to the mosques like Idgah in Mathura, the Gyan Vapi Mosque in Kashi, the Qunwat-ul-Islam in Delhi and thousands of temples in India battered by haters of Hindus? Are these not symbols of racism, barbarism and hatred? When Islamic historians have themselves stated the fact that broken statues of Hindu deities were buried at the entrance of mosques so that Muslims could trample on them every day, why is every effort made to normalize such an intolerant ideology?

It is impossible to travel within India without finding innumerable examples of Islamic violence against Hindu temples. During my wanderings in the state of Madhya Pradesh, I had stopped at Dhar to visit one of the few temples dedicated exclusively to Sarasvati, the Devi of Learning. The Hindu king Bhoja of the Paramara dynasty, a great patron of the arts, literature and learning had built it in the 11th century. Thousands of students would flock here to learn from subject matter experts.

But my heart sank at the sight of the Dargah near the entrance of the temple that looked completely out of place. There is a tomb of a Sufi Maulana in the Dargah. Inside the temple premises, there was a central courtyard with a water tank and all around were halls. The temple was converted to a mosque during the rule of the Delhi Sultans. There was a niche at the centre in the main hall where a statue of Sarasvati was once worshipped. The recess which housed the deity has been given an Islamic arch which does not suit the decor of the pillared hall. The statue was purloined off to the British Museum.

I gave more pain to myself by walking in the hall and imagining how it would have looked when this was a place of Sanskrit learning. In any other country, temples belonging to the majority community would have been returned to it after becoming independent. Not in India.

The 1992 breaking of the Babri Masjid built over Ram Janmabhoomi in Ayodhya is perhaps the first instance of Hindus breaking a mosque.

In ‘Arise Arjuna’ (First Edition published in 1995 by Voice of India), Dr David Frawley wrote (the italics and bolding are mine):

The real history of India is thus one of Hindu temples being routinely destroyed by Muslims on a massive scale, and yet this is seldom recounted. In the Ayodhya incident, this history was conveniently ignored. On the contrary, the image of Hindus as mosque-destroyers was portrayed, not that of Muslims as temple-destroyers, which is a much more accurate description.

At the same time as the Ayodhya demolition, and in retaliation for it, dozens of Hindu temples were destroyed in Pakistan and Bangladesh. Some were attacked in Great Britain and other countries outside of India as well. Yet such stories were treated as mere footnotes to the Ayodhya mosque destruction as if the Hindus were responsible for them by what they did with one disputed mosque, and Muslims were not responsible for their own actions once provoked by Hindus.

If we look at how the news media treated the event it appears that one Hindu demolition of a disputed mosque is more newsworthy and an expression of greater intolerance than Islamic destruction of any number of Hindu temples? Is this not prejudice and an anti-Hindu attitude of great proportions?

…The real question that should have been asked after the Ayodhya incident was why did Hindus finally take to this demolition when for over a thousand years they have allowed their temples to be routinely destroyed and turned into mosques with little retaliation?”

In a few days, Hindus will celebrate the birth of Bhagwan Krishna, yet another beloved divine manifestation who was born in Mathura. But will they pray in a temple that marks his birthplace? How can they, when it lies under the Shahi Eidgah Mosque built by Aurangzeb?

The only thing which gives me solace in the midst of desolate thoughts is the fact that I am still a Hindu. Our population is dwindling but I am here. Our temples were looted and destroyed; so many of our people were killed or converted and yet, I am practising the religion of my ancestors. The natives of Greece, Rome, Egypt, Iran, Iraq, Saudi Arabia, Africa, Russia and others were not this lucky. I still have my Ganesha, Vishnu, Lakshmi, Shiva, Parvati, Rama, Sita, Durga, Sarasvati and the rest of the pantheon. No one forces me to worship one jealous God. Perhaps, there is hope. The syllables in RAMA themselves form a mantra that invokes moral courage. As the old-world dissolves with the pandemic, may the foundation stone of the Ram Mandir provide the base for a brave new world which faces the truth unapologetically and squarely in the eyes.