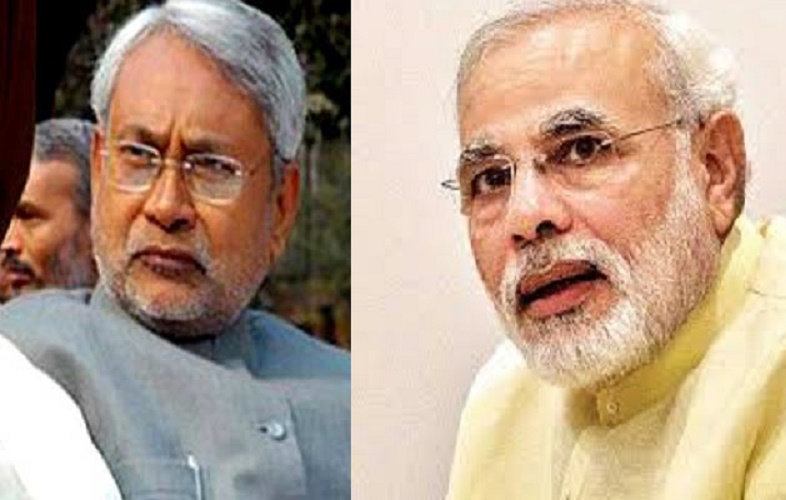 ‘This Bihar election is going to be as fascinating as it is complex, several intertwined narratives – caste, aspiration, personality and also Votekatuas’; calls a Bihari and a fine political observer, Sankarshan Thakur. I totally agree, yet try to examine the status as on date.

‘We want Nitish Kumar back but not with Lalu Prasad.’ ‘Nitish has done well, but he has made a big mistake by joining hands with Lalu just to win an election.’

As the Bihar elections draw near, a ‘JungleRaj’ scare seems to be fast gripping the state and Lalu Prasad, indeed has become the talking point though resentment against Lalu is palpable across the state. Some are of the opinion that, Nitish Kumar would have fared better if he had fought on its own, a tall claim, but then, perceptions matter in politics – more so in election time.

One asks: ‘Why don’t see how Modi created a name for the country in the world and how he got land for a temple in Arabia?’ The other responds. ‘Why doesn’t he focus on home? All the time he is traveling around the world as if he got a free travel package.’

‘The day Nitish broke with BJP, was the worst day for Bihar. Nitish would have been CM for the next 20 years and could have done all the right things for Bihar with the help of Modi at the center,’ one said.

‘Bihar has suffered a lot due to conflicts between Centre and the state and the main reason I will vote for Modi is to see the same government in the state and at the Centre.’

That is the mood of Bihar, vibrant and questioning.

When the NDA swept through Bihar in 2014, winning 31 of its 40 Lok Sabha seats, political compulsions of Nitish Kumar compelled him to forge an alliance with the RJD and Congress. ‘We will benefit from Lalu Prasad’s votes and this way also ensure that Muslim votes are not splitting,’ a JDU minister says.

Many political pundits called it a master stroke. Without even a second thought, a difference of 5.5% vote share is enough to clean sweep any bipolar election. But while arithmetic plays a crucial role in an election, an alliance demands more of chemistry. The assumption of a smooth transfer of votes among partners (friends-turned-foes-turned-allies) does not consider the ground realities.

As per final seat distribution, JDU and RJD are contesting 101 seats each while Congress is contesting on the rest 41 seats. Nitish Kumar’s party has made a huge sacrifice to accommodate the demands of Lalu Yadav and Congress. JDU gave 26 seats to RJD and another 13 seats to Congress which JDU candidates had won in the last 2010 assembly elections. So JDU will contest on 76 of 115 seats it won in 2010 elections.

The manner in which Mahagathnbandhan’s sitting MLA’s and prominent leaders have left UPA to seek NDA’s candidature is a telling proof of which party/alliance is in the lead.

The anti-incumbency is so severe; it reflected in BJP’s ticket distribution as well when they denied tickets to 19 of its sitting MLAs. Satish Kumar Rai, a JD(U) MLA from Raghopur, who defeated Rabri Devi in 2010 from there, joined BJP after denial of his ticket for Lalu’s son Tejaswi Yadav. BJP is contesting on 160 seats, and a couple of its seats are are also represented by HAM and LJP candidates.

Ram Vilas Paswan is a tall leader among his supporters, and that is the reason, NDA allotted him 41 seats. It is emerging that he is able to transfer votes of his supporters successfully to the BJP.

BJP’s biggest problem in Bihar is his other allies, specially Upendra Kushwaha’s RSLP. Kushwaha’s chemistry with NDA so far has been very dubious yet he was being pampered a bit too much and 23 precious seats allotted to his party may turn out to be a waste.

Many believe that Manjhi has become an albatross around BJP’s neck. But if the crowd and their energetic response are any indications, Manjhi may hit more than 50% strike rate and also successfully transfer its supporter’s votes to BJP.

In yet another development, the leaders of six parties; (Samajwadi Party, NCP, JAM of Pappu Yadav, Samras Samaj Party of Nagmani, NPP of former Speaker P A Sangma and Samajwadi Janata Party (SJP) of D P Yadav) announced formation of third front known as Socialist Secular Morcha (SSM). Mulyam Singh Yadav became it’s Chairman, Tariq Anwar the CM face and Pappu Yadav as convenor. JD(S) and Bihar unit of RLD of Ajith Singh also joined SSM taking the number of parties in it to eight. Many sitting MLA’s who were denied tickets from other two alliances and former MLA’s are contesting from this third front and can well eat a good chunk of votes.

Apart from the Secular Morcha, there are other ‘Vote-Katuwa’ parties too contesting this super exciting Bihar election. The Muslim vote is expected to fragment further with the participation Asauddind Owaisi’s AIMIM, who said it would put up 24 candidates in Muslim-dominated constituencies in the Seemanchal region. Mayavati is contesting the election with full preparation on all 243 seats and can well garner 3-4% of votes. Surprisingly, Shiv Sena is also contesting the Bihar election on 150 seats, though their participation is meaningless.

When we talk about elections in Bihar, the first thing that comes to anyone’s mind is the caste matrix, and rightly so. But the fact is, since 2005 and more decisively since 2010, Bihar has voted primarily on development, cutting across all caste barriers. But when a caste outfit like RJD, masquerading as a political party has been brought back as the main component of the governing alliance, one cannot leave it aside.

UPA allotted a whopping 65 tickets to Yadavs and 33 to Muslims; no prize for guessing who finalized the list. Nitish has sacrificed even his Kurmi caste for Lalu allotting them 11 seats and gave 22 tickets to Kushwahas betting on weak RSLP candidates. Almost all of the sitting MLAs who Nitish dropped this time are from the upper caste, and Secular Morcha is fielding most of them. Lalu Yadav is completely relying on his Yadav-Muslim combination to work. Lalu’s campaign, who is openly threatening a civil war against the upper castes, could be a blessing in disguise for BJP and may further demolish Nitish in this poll.

Even NDA fine tuned the caste matrix at the micro-level and tried to keep the balance, and it shows in their fairly represented ticket distribution. There is a complete consolidation of upper castes and EBCs in favor of BJP as both are wary of the return of a Lalu regime. If two third of Manjhi and Paswan’s supporters come out and vote NDA, they should sweep Bihar.

If the initial list of party candidates is any indication, the wishes of RJD president Lalu Yadav seem to be prevailing over his alliance. There are at least 12 sitting JDU MLAs, who have been denied tickets from their constituencies because Lalu wanted his party to contest from those seats. Former Bihar Congress president Ramjatan Sinha wanted to fight from Jehanabad or Arwal. Unfortunately, he had to leave Congress because Lalu Yadav asked him to contest from Patna, where BJP won all the four Assembly seats for the last two decades. If there were protests by supporters of ticket seekers shouting anti-Nitish slogans outside JDU office in Patna, there were also instances of few angry Congress supporters in one or two constituencies.

Some BJP workers were also disappointed and joined the third front. We also heard MP from Arah, R K Singh claiming ticket being given to criminals and some being sold. Another sitting BJP MLA from Siwan was heard crying after his candidature denied.

In a high voltage election like this, rebellion in the party ranks after ticket distribution is perhaps a common phenomenon. But the UPA allies are projecting unity among its leaders on ticket distribution compared to NDA. It is also because the demand for NDA ticket is much higher than UPA.

Entire UPA campaign is Lalu centric, but even he is mistaken if he thinks he can win Bihar by making comic comments of which he has lost the knack. Lalu’s support may be the backbone of the alliance, but the election is being fought in the name of Nitish Kumar with gigantic billboards in Patna and elsewhere, with no mention of Lalu whatsoever.

On the other hand, as BJP sniffs likely victory in Bihar, Modi gives the nod to ten extra rallies in the state starting from 2nd of October in Banka. Aware of the fact that no leader has ever attracted such craze of youth as Mr. Modi, his strategically placed, hugely attended mega-rallies will further strengthen the momentum immensely.

In the India TV-CVoter Bihar poll survey, they projected NDA to win few more seats than Janata Parivar. The vote percentage was also projected to be 43% for NDA and 42% for UPA. The CVoter vote share projections in August last week was NDA 40%, UPA – 43%. The 3% shift is too steep for a 3-week gap. The most striking data is that 61.2% respondents said they wanted change in the state, while 58.8% respondents felt the NDA can solve their problems in a better manner.

In IndiaToday-Cicero pre-poll survey, NDA is projected to win with a simple majority of 125 seats with 2% difference in vote share. According to another survey done for Zee News, NDA was projected to win at least 140 seats and the UPA can be reduced to 70 seats, whereas a very close contest projected in remaining 33 seats. Seasoned bookies also now favor a clear majority for the NDA, giving it around 135 seats.

All these pre-poll surveys are hinting towards an NDA win, but none of them are giving any clear indication.

But in last some years, electorates are handing out decisive victories and responsibility, and they want no excuses. Going by this pattern of consistent resolve, looks like NDA should witness a landslide victory in Bihar.