The Case for reform of Islam in India 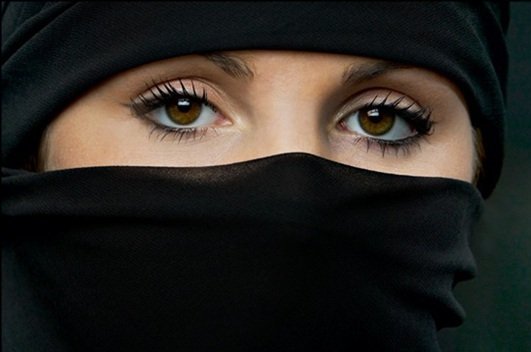 Speaking about the risk of a likely lone wolf attack in India, Maharashtra state police chief Sanjeev Dayal told a newspaper in January: “we had this case where this man wanted to go to a school in Bandra [an area of Mumbai] and do something there, which he was prevented from doing. So, yes, it is a challenge finding out who is getting radicalised.” The threats of lone wolf attacks are being increasingly neutralized by Indian security agencies, but the growing radicalisation among Indian Muslim youths can also be ascertained from symptoms across the country.

From information available in public domain, it appears that the police chief was speaking about Anis Ansari, who wanted to launch an attack on the American School in Bandra. A transcript of Facebook chat between Anis Ansari and a Muslim youth based in the U.S. reveals worrying symptoms of radicalisation. Ansari, using the Facebook identity Logan, advised the American that just for hundred dollars he could carry out an attack in the U.S. that would “sink the earth” under Barack Obama’s feet. Ansari also justified his own plan to attack the school: “[I want to target] the American School because in addition to France and Italy, children from ten allies of America study there. We should hit that part of the enemy which causes the most pain. I mean: the citizen.”

Symptoms of radicalisation were noticed over the past year in all regions of India: from Manipur to Maharashtra, from Kerala to Kashmir, from Bangalore and Hyderabad to Jharkhand. However, it appears that the Maharashtra region may be particularly volatile, in addition to the areas surrounding Hyderabad. In January, someone acting on behalf of the jihadist organisation Islamic State of Iraq and Syria (ISIS) twice wrote comments inside the bathrooms of Mumbai airport terminals. The first comment warned of an attack on January 10, which passed off peacefully. The second comment warned of an attack on January 26, when U.S. President Barack Obama will grace the Republic Day parade in New Delhi. Earlier, on December 26, Mumbai-based newspaper Urdu Times published an essay in which it – citing the teachings of the Quran and Prophet Muhammad – advocated the killing of Muslims who convert to Hinduism or other religions.

In an essay in the weekly news magazine Open of January 21-27, this writer examined in detail how the ideas that drove the jihadist-attackers of French satirical weekly magazine Charlie Hebdo are very much shared by Muslim youths in almost every town across India. Commenting on the January 7 attack on Charlie Hebdo in Paris, Muslim youths based in the Indian towns of Tinsukia, Kolkata, Patna, Chhapra, Nawada, Tanda, Lucknow, Dehradun, Budaun, Aligarh, New Delhi, Srinagar, Jalandhar, Bhilwara, Indore, Jabalpur, Kheda, Ratnagiri, Jawahar, Nagina, Amravati, Pune and Bangalore justified the attackers. The argument is not that all Indian Muslims are terrorists or will become terrorists, but the necessary point of contention is this: Muslim societies are undergoing industrial-scale Islamisation engendered by Islamic clerics speaking in mosques, madrassas and jalsas, the religious congregations which are held every week in every region of the country. The ideas inculcated by Islamic clerics offer a fertile ground for ISIS-like groups.

Since the radical ideas are rooted in basic Islamic teachings, a vital question needs to be asked: Is it possible that an entire generation of youth can shed inimical ideas inherited from their parents and Islamic clerics? Fortunately, history does bear witness to examples when entire generations of people have shunned nefarious and harmful ideas held by their parents. For example, in Germany, today’s generation has been courageous in accepting the historical fact of the anti-Jew beliefs and support for Nazism and fascism held by their parents. Once the Germans accepted this reality of their parents, they were able to eradicate Nazism and fascism from their lives. Similarly, a generation of the Japanese youths today has rejected the anti-Chinese beliefs of their parents. The Italian youths have comprehensively rejected the fascism popularly accepted by their parents.

In India itself, a generation of Hindus – starting from Raja Ram Mohan Roy to Jawaharlal Nehru, Dr. B R Ambedkar and Mahatma Gandhi – has accepted that caste system practiced by our parents was indeed a scourge that needed to be eliminated from Indian society; and once they accepted the problem in our midst they were able to initiate great social, political and legal reforms. Millions of Dalits who lived on the margins of Indian society for centuries were catapulted into corridors of power in the post-independence India. In initiating such far-reaching reforms, entire generations of Indians have bravely tried to banish the beliefs on caste taught by their parents for ages.

These lessons should indeed convince Muslim youths across the world today that at least some of the beliefs they have inherited from their parents and clerics are not compatible with the tenets of modern civilisation, especially those that conflict with gender equality and undermine peace with other religious groups. Especially, the contemporary generation of Muslims, not just in India but across the world, needs to face the fact that consciously and unconsciously we are taught that Jews are evil. The time is now that Muslim leaders across the world admit this reality of Antisemitism and thereby nurture the next generation of Muslim children on the path of a bright future.

Fortunately, in its own limited ways India has an established tradition of intellectual and practical work in favour of Islamic reform and need for modern education among Muslims. In the aftermath of the 1857 War in which the Mughal rule was decimated by the British, two responses arose from within the Muslim community: one was led by Islamic cleric Muhammad Qasim Nanautwi (1832-1880) who thought that the welfare of Muslims would emanate essentially from the revival of Islam and went on to establish the Darul Uloom Deoband seminary. The Darul Uloom Deoband today continues to lead Muslims on the path of orthodoxy, seeds the ideology of Islamism and proactively undermines the welfare of Muslim women. It must be rejected.

A second response emerged under the leadership of Sir Syed Ahmad Khan (1817-98) who thought that Muslims in India must learn material sciences, adopt the ideas of the European Enlightenment and inculcate a scientific temperament in order for success in this world; he went on to establish the Mohammedan Anglo-Oriental College, now known as the Aligarh Muslim University. Sir Syed’s educational mission, especially with regard to the cause of Islamic reform as espoused by his Urdu journal Tahzibul Akhlaq has been abandoned by the leaders and students of the Aligarh Muslim University, whose only preoccupation in modern times is to organise mushairas, Urdu poetry recitations for entertainment purposes. The growth of burqa culture on the university campus in recent years is also a worrying sign. 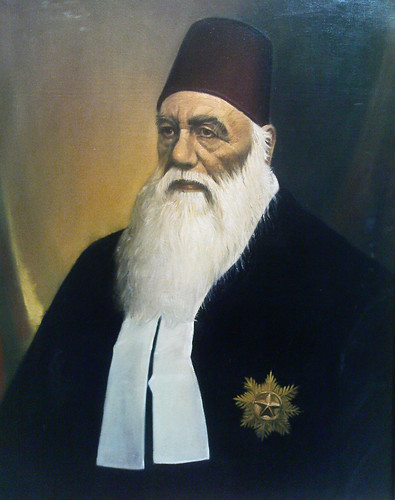 In the post-independence era, a Maharashtra-based Muslim social reformer Hamid Dalwai was perhaps the most astute thinker to ponder over the future of Muslims in the democratic age. He grasped the workings of democracy and argued for securing the rights of citizens in democratic institutions and processes. Dalwai, who has recently been rediscovered and popularised by Ramachandra Guha, argued that secularism of Hindus who treat Muslims as a minority encourages the anti-secularism of Muslims; and minorities in a democracy like India have equal rights, not special privileges. Unfortunately, Dalwai died at the young age of 44 in 1977 and a great hope for Islamic reform in India was lost prematurely. The paths shown by Sir Syed and Dalwai are worth emulating.

[pullquote]The growth of burqa culture on the university campus in recent years is also a worrying sign.[/pullquote]

Amid the growing radicalisation of Muslim youths in India under the influence of ISIS, it is being realised that the cause of Islamic reform is urgent. Given the nature of the problem India and other countries are facing from the jihadist onslaught, it is essential that various countries adopt a long-term strategy to counter radicalisation among Muslims. On its part, India needs to ensure that mosques and madrassas are regulated and their sources of funding audited by government officials. While the role of the Quran and Hadiths in influencing Muslims cannot be eliminated from Muslim societies, it is very much possible to push ordinary Muslims onto a path in which they begin to question at least those of their beliefs which are openly inimical to other communities. Therefore, any reform must also aim at preparing a primer that teaches Muslim children from elementary level about the great thinkers of India and the world, thereby promoting liberal arts and free speech.

However, the Western governments, which are facing the threat of radicalisation in their societies, need to also realise that German fascism was military defeated before it was abandoned by the next generation of German youths. Similar is the case with communism, which had to be militarily defeated before policymakers in India and elsewhere could shed their long-held beliefs on models of development for our people. Thanks to the exemplary global leadership under Ronald Reagan and Margaret Thatcher, the fall of Berlin Wall became a reality, thereby unshackling the Indian mind from its six decades of Nehruvian framework. Unfortunately, there is no global leader today that appears rising to meet the challenge of radical Islamism across the world. Before the next generations of Muslim youths across the world shed inherited exclusionary beliefs, the task is this: the international community first must defeat the global jihadism militarily.