Charlie Hebdo or the moral bankruptcy of Indian intellectuals 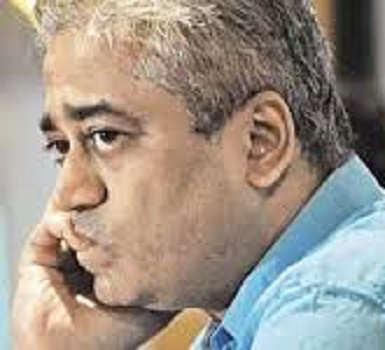 In the wake of the murderous attack at the office of the French magazine Charlie Hebdo, many Indian intellectuals have opined against the absoluteness of freedom of expression, even as they condemned the killings. This is either cerebral bankruptcy or moral hollowness, or both.

Rajdeep Sardesai, for instance, wrote in his blog, “Free speech can never be absolute, religious depiction can arouse sensitivities,” though he went on to argue against violence: “if you are offended by its usage, go to a court of law.” Sreeram Chaulia, a professor at the Jindal School of International Affairs and columnist, wrote in Hindustan Times (January 8): “In India, we are experiencing a learning curve on striking a fine balance between artistic urges and social pressures. Terror on the streets of Paris reminds us that there is a higher purpose than defending legal rights as absolute: To judiciously save lives and preserve social harmony.” T.K. Arun of The Economic Times also favored “punishment according to the law” for “crossing the limits of freedom of speech.”

Where does this fear of absolute freedom of expression emanate from? The fear has its roots in the belief that there is a reality (or Reality) which can be misrepresented or distorted if the freedom of expression is absolute. This presupposes a universally accepted definition of the reality. But the fact is that no such definition exists; there are as many definitions of reality as there are philosophers and philosophies. There are Christian theologians interpreting the faith in numerous ways; there are six orthodox Hindu schools of philosophy, with several sub-schools; there are Marxists again following countless lines; there are Western conservatives (Burkeans in harmony with tradition, others ardently anti-state); there are libertarians (followers of Ayn Rand and others); there are postmodern thinkers who actually do not believe in any reality. It is a long list.  What then is the reality or ultimate reality? What is the truth or the Truth?

I do not claim that the reality does not exist, or as Kant said, that it is unknowable (noumenon); this question is beyond the scope of my thesis. My assertion is that since there is no universally accepted understanding of (ultimate) reality, the question of its misrepresentation or distortion does not arise.

Let us come down from the metaphysical plane and concentrate on the mundane aspects of life. Let us discuss topics like the state, market, society, individual rights and property. Again, we face the same plurality of views. What is the state? Marxists define the term in a way with which libertarians and conservatives can never agree with. What should be the role of the state? While Left-leaning thinkers would argue for its greater role in the economy, libertarians and conservatives would like it to keep away from the market. Should the market take care of itself or should it be kept under the watchful eyes of government functionaries and regulators? Again, there is a wide divergence of views. Even among Leftists and the Right, there is a considerable difference of opinion. For instance, Ayn Rand is against regulators, whereas in India even those who are considered pro-market favor regulators.

Individual rights are also understood in vastly different ways by thinkers of different persuasions. Those on the right want nothing but freedom from the clutches of government, freedom to be left alone—laissez faire. The Leftists, on the other hand, find such freedom vacuous; they talk about the right to food, work etc, all of which requires the big and strong state.

[pullquote]In fact, it is in religion rather than in science that new expositions are generally frowned upon.[/pullquote]

Similarly, on property too, there are diametrically opposite views across the ideological spectrum. While the Left views it as the result of exploitation (if not downright theft), the Right regards it as the cornerstone of liberty.

Therefore, there is no unanimity on any kind of reality, metaphysical or mundane. I will reiterate that this is not a thesis promoting epistemological nihilism; on the contrary, mine is an attempt to undermine such nihilism. This nihilism is actually promoted by the postmodern dogma in association with various anti-Enlightenment tendencies like political correctness, multiculturalism, and Islamism.

The only way we can know any truth is by allowing the free play of ideas in the arena of public discourse, a veritable laissez faire. A genuine quest for knowledge and a yearning for wisdom (or philosophy, which is etymologically, “love for wisdom”) is an onward march to gain more facts; we shall realize as many truths as possible. The quest may or may not lead us to the “Ultimate Reality” (if it exists), but we can hope to approach it. However, this march is impossible without unrestrained freedom of expression.

A large number of truths came to be acknowledged as such without much fuss, but there are many which were preceded by long and often acrimonious debates and sometimes also with violence. Acrimony takes place because somebody or some group feels offended by a truth. It is often argued that we must avoid the truths which offend some people; otherwise, the consequences would be calamitous.

The Galileo affair needs special mention in the context of the Offence Principle. Galileo published his Sidereus Nuncius (Starry Messenger) in 1610. This was based on the observations that he had made with his the telescope. Some of these discoveries—lunar mountains, small moons around Jupiter, the phases of Venus and sunspots—indirectly undermined the geocentric Christian cosmology. They harmed nobody but offended the sensibilities of people in an age in which religious faith was a great, if not the ultimate, concern. Had Galileo decided not to offend the Christians—and this would have been a rewarding, or at least less painful, option—he would have deprived the world of important truths and science would have been poorer. He was not granted freedom of expression; he had to grab it. And he did offend many—and suffered because of the “offence.” Without the freedom to offend, as Salman Rushdie said, freedom of expression ceases to exist.

There are many other instances where science offers explanations which conflict with religious beliefs. But the science-religion conflict is beyond the scope of our thesis. What is pertinent here is that even religions that have evolved over the centuries could not have done so without challenging the established orthodoxies and offending many people. Jesus Christ propagated beliefs which offended many people, leading to his crucifixion. Shankaracharya (788-821) famously disputed with great theologians. Martin Luther enraged the then Pope’s clergy. In fact, it is in religion rather than in science that new expositions are generally frowned upon.

To say that freedom of expression should be curtailed lest it offend or hurt the sentiments of people, or some people, implicitly accepts a ludicrous postulate: that all facts and truths that mankind ought to know are known, and any new expositions, would merely distort truths. One need not be a philosopher to say that the postulate is not only ludicrous but also smacks of hubris and complacency.

Therefore, saying things like “free speech can never be absolute” and seeking punishment for “crossing the limits of freedom of speech” is indicative of the ignorance of intellectuals.