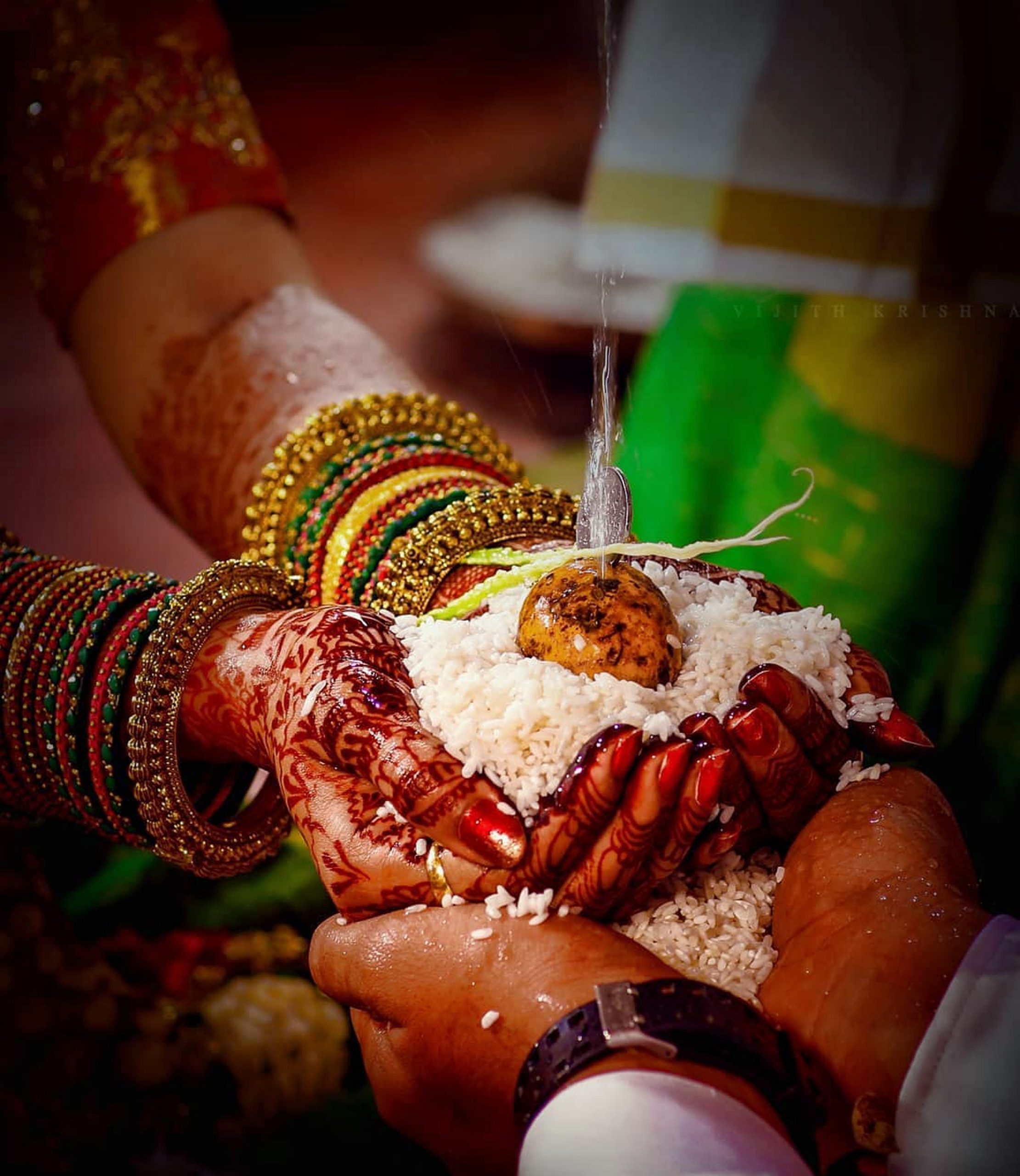 The recent Manyavar ad featuring Alia Bhatt has portrayed the Hindu ritual of kanyā-dāna rather negatively, perhaps unmindful of the sacred and serious symbolism and implications of the ritual for Hindus. The problem is not being unaware of key Hindu concepts and their untranslatability into any foreign language including English, but the sheer disdain and disrespect for Hinduism and over the 6,000 years of continuous knowledge building that is associated with the culture of Hindu Dharma. As it is, kanyā-dāna is a core ritual in the vivāha samskāra which is one of the sixteen key samskāras that constitute the whole religious life of a Hindu.

Samskāra is another non-translatable and can be roughly interpreted as a refinement ritual. So, when a Hindu marries, he/she becomes refined and turns into a better human being. This refinement is for both the individuals who have so agreed to tie the knot and to take oaths with agni or the sacred fire as the sākṣī (witness). Though this principle may not necessarily have been the basis of marriage in the last three of the eight kinds of Hindu marriages (brāhma, ārśa, daiva, prājāpatya, gāndharva, āsura, rākṣasa, paiśāca), the first five were certainly so and were more preferred and acceptable in society.

In patriarchal societies, the girl has to leave her parents to join her husband’s family. Her gotra (lineage) will henceforth merge with the husband’s gotra. The dāna in kanyā-dāna actually formalizes this merging of her gotra with her husband’s gotra. Therefore, to interpret kanyā-dāna as the gifting away of one’s daughter is an example of the poor understanding of Sanskrit etymology. One could read it as an attempt at prejudiced force-fitting by deracinated, anglicized, “modern” Indians who have bought into Western and westernized “marriage contracts” or who wish to disembowel Hindu rituals of their meanings and significance.

Early Indologists erred in translating key Sanskrit words like ārya, śūdra, go/gau, varṇa, dasyu, or the word asura owing to an incomplete or faulty knowledge of India’s linguistic-cultural contexts. Prominent among these leading India studies scholars were Colebrook, the Schlegel brothers, Rudolf Roth, and Max Mueller who may have been caught in this etymological crossfire leading to disastrous misinterpretations of India’s ancient texts and culture. Consequently, these and many other Sanskrit words were read inaccurately — ārya (as a race while it has been a prominent language family), śūdra (as an oppressed caste while it was an ārya tribe and subsequently a varṇa), go/gau (as merely a ‘cow’ while its generic sense is ‘wealth’), varṇa (as caste, while it is an established occupation-based social class), dasyu (as anti-social dacoits while they were merely a non ārya tribe speaking a different language), dāsa (as a slave while it was the name of a tribe), asura (misinterpreting ‘a-’ as the negative particle in Sanskrit similar to English and hence interpreting it as ‘not sura’), asita (as ‘black’) and sita (as ‘white’ because ‘a-’ was considered a negative particle as in the previous example).

The havoc these misinterpretations have caused with the history of India is all too well known. In the current context, it becomes so much more tragically poignant that we continue to fall prey to these erroneous readings of key terms from our culture. I guess the Mohe-Manyavar team has no idea on even the most basic concepts of Hindu samskāras and their meaning and significance. The Hindu marriage is perhaps the most liberal “walking together in life” kind of relationship that two individuals agree to enter into. To drive home my argument, I encourage readers to get a translation (if they cannot understand the original Sanskrit vows) of the “seven steps” ritual (saptapadī) that Hindu weddings culminate in. These vows taken while circumambulating agni by both the groom and the bride are perhaps the most egalitarian set of vows clearly establishing gender equality in Hindu India. How can then the kanyā-dāna – which is one of the constituent rituals in the vivāha saṁskāra — be interpreted and presented so poorly that modern Hindus find it all reprehensible, worth raising their voices against, and even seek to discard?

More than being liberal and egalitarian, the Hindu wedding ceremony is based on essential genetic diversity principles by disapproving same gotra (samagotrī) marriages. In some Hindu communities like the Maithils, additional requirements like the mūla and a proscription on blood relation in seven generations is observed for a perfect match. The Mohey-Manyavar advertisement in question may not be an isolated example of this variety of vicious cultural attack on Hindus; there are similar examples of subtle/subdued attacks and negative representations by the ‘liberal’ media: 1) conveying messages of anti-Hindu ‘love jihad’ on almost every other web series on the many OTT platforms available on the internet these days; 2) promoting and celebrating the nuclear family instead of the much stronger  joint family system of Hindu India; 3) portraying if not encouraging a general disdain and disrespect for one’s elders; 4) celebrating mindless sex and violence; 5) a gradual discarding of Indian musical instruments and the excessive use of western and digital instruments in musical compositions across all platforms and genres; 6) and the increasingly mindless use of English in dialogues and scripts leading to the emergence of the gibberish labelled  ‘Hinglish’. Alas, the media’s so–called liberalism and intellectualism are used to target only Hindus while other communities are spared – either because they are considered “sinless” or more so because of the fear of violent reprisal.

The fact that Hindu scriptures are embraced by India’s multi-ethnic and multicultural communities and these scriptures and sacred texts use debates and discussions (śāstrārtha) as their core method for collective progress is ignored by India’s new hegemons whose anti-Hindu agenda is manufactured and disseminated across the world. We can be sure that in the future there will be more such direct or indirect ways targeting Hinduism and India by the media worldwide. In this case, however, despite the outrage expressed by alert Hindus, the ad has not been withdrawn.

Resolution of such controversies cannot be through government diktat, but unless the relevant government monitoring agencies — like the CBFC (Central Board of Film Certification) and ASCI (Advertising Standards Council of India), and NAMS (National Advertising Monitoring Service) — pay closer attention to this program of demonizing Hindus and Hinduism there will be deadly consequences for the health and wellbeing of Hindus.