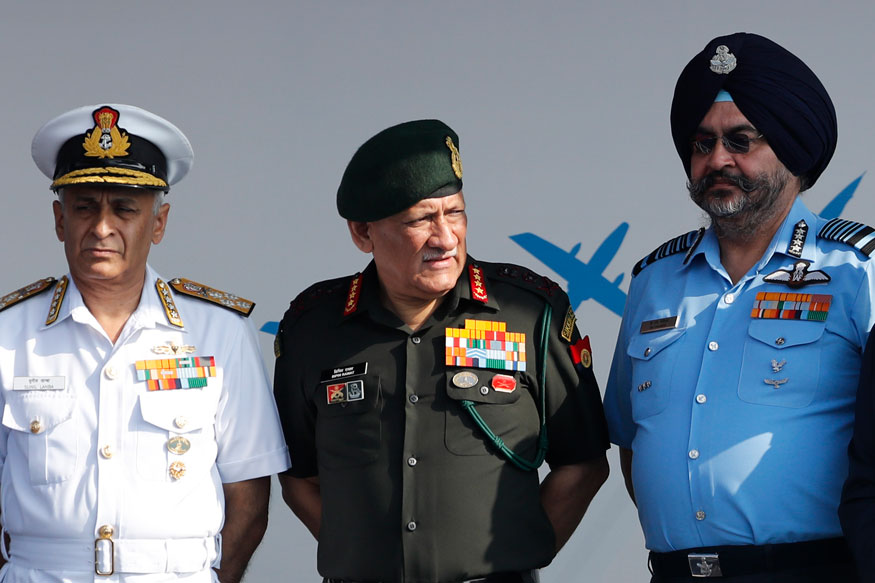 The Prime Minister’s announcement of the Government’s decision to implement a much-needed (and much-delayed) reform in the country’s defence management structure was welcome news indeed. The fact that he chose to disclose this to the nation in the course of his speech at Red Fort on the 15th August was symbolic and moving at the same time.

Admirers of Mr. Narendra Modi were reassured that the nation’s chief helmsman was also a true leader who had the best interests of the country in mind. His delay in bringing in the change was pardoned. Indeed, his fan club noted that a good decision is better late than never. His critics are biding their time before opening up their artillery barrage that will come sooner or later. This writer, in good company to be sure, noted the sheer panache of NaMo in this matter, as indeed in many other aspects of his governance.

The armed forces fraternity, understandably, was the happiest. The serving warriors cannot speak their minds in public, because they are duty-bound to remain silent on policy and administrative matters like this. Knowing a number of them, I can confidently say they welcome this decision. It is, however, the ex-servicemen’s group that has made no bones about welcoming and admiring this decision. As is the wont of some of them, they penned their thoughts with great alacrity, hitting the keyboards faster than they had pulled the triggers when they risked their lives in combat.

For the general readers, it is necessary to spell out the background to this development. India is one of the few democracies which has an obtuse and thoroughly dysfunctional military-governance structure. Under the guise of “civil control over the military”, the Indian armed forces have been made to report to the ruling politicians (read “the Union Government”) through their civilian administrative counterparts. This travesty, like a large number of the country’s current ills, can be traced back to Jawaharlal Nehru and his Sancho Panza, Krishna Menon.

I have studied this issue in depth in the last few years. The shabby and sordid details of how the babu-neta nexus managed to degrade the status of the armed forces are very sad indeed. In this essay, I will merely summarise the entire saga by saying that independent India’s government has, from the mid-1950s, steadily, continuously, and often surreptitiously, downgraded the pay, emoluments and status of the country’s military. This was a sleight of hand that has few parallels in modern democracies.

At the same time, commitments made to the armed forces, even through resolutions of Parliament, have been flagrantly withheld, delayed and even forgotten. I will return to the issue of OROP a little later. As the soldiers were steadily marginalised and downgraded, the civilian bureaucracy continued to fatten itself and has ruthlessly extracted enormous (and undeserved) benefits from the treasury.

A particularly shameful blow to the faujis was delivered by the Indira Gandhi government when, just after the landmark military victory in the 1971 war, the pensions of the warriors was reduced in one fell swoop from 70 per cent to 50 per cent, and in many cases to 30 per cent, of the last salary drawn. The armed forces took this blow on their chin and carried on with their job of protecting the country.

Thereafter, at regular intervals, the netas, babus, judges, and the police have all given themselves extraordinary doses of largesse from the taxpayers’ money. Promotion opportunities for the babus and the darogas have been liberalised to such an extent that every IAS/ IFS officer reaches the rank of Secretary automatically, and every IPS officer attains the DG rank. In several states, the police have the rank of DG (Libraries) or something equally Orwellian. The remuneration package of the babus and darogas has elements that are absolutely bizarre and unjustified (like an exorbitant “hardship” allowance in a comfortable peacetime posting) while the poor soldier in Siachen gets only a fraction of this bounty.

The single most outlandish concession that the IAS/IFS lot have managed to extract for themselves is something called the Non-Functional Upgradation (NFU). It works as follows: even if a single member of a particular batch gets promoted, all the others in that batch automatically receive the same higher salaries and benefits that the promoted officer does. If this is not daylight robbery of the citizens’ money, I don’t know what is.

We must now return to the sad story of OROP (One-Rank-One-Pension) that has been a tragic chapter in the history of the Indian armed forces. It exemplifies the humiliation meted out to our fighters. What I wish to discuss here is the steadfast refusal of the Union Government to honestly and diligently implement the OROP that was promised to the veteran soldiers of the country many years ago by a Committee of Parliament. The Koshyari Committee submitted its report to Parliament on 16 December 2011, which by sheer coincidence was also Victory Day. Thereafter, we have also seen a clear judgement of the Supreme Court, as early as in 2008, that categorically endorsed OROP (Union of India v. SPS Vains, (2008) 9 SCC 125).

This writer, at this stage, would, in all fairness, like to reiterate that all previous governments sat on the decision for many years. The present NaMo government must be complimented for granting OROP, albeit in a diluted and modified form. It must be remembered that the Prime Minister and his party had unequivocally promised OROP to the veterans and had incorporated it in the BJP’s election manifesto in 2014. However, it took the new dispensation in Raisina Hill many months of obfuscation and dragging of feet before the actual decision was taken.

For the record, India’s retired defenders and warriors had to rally and undertake fasts for many years in the capital’s designated protest site at Jantar Mantar before they partially won their demand. And during this period of protests and fasts, the government ordered the police to lathi charge the peaceful protesters—one of the lowest points in Indian public life ever.

The government, after announcing the award of OROP, constituted a one-person Judicial Committee to listen to the feedback of the Services fraternity and try and iron out the glitches in the policy. I have always maintained that these judicial committees or commissions are usually sinecures for retired judges to continue enjoying their good lives at the taxpayers’ expense. This report has been submitted but its recommendations have still not been made public.

I trust that the readers, by now, will have been able to see the context against which the PM announced his Government’s decision to reformat the relationship between the nation’s military forces and the government. The present relationship between these two bulwarks of the nation’s body politic, with the bureaucracy acting as the intervening layer, is seriously dysfunctional and inefficient. It has prevented the proper functioning of our sword-arm, impeded its modernisation and has often posed grave dangers to the nation’s security.

The CDS structure, that eliminates the intervening layer, is a milestone innovation that will have enormous implications, but only if it is sincerely implemented in letter and spirit. Now that NaMo has chosen to bite the bullet, he owes it to the country, its citizens, his own electorate and finally, to his own conscience, to implement the CDS framework resolutely and conscientiously. He must put it in place with a firm hand. Let us be frank and admit that the PM and his government will face furious and determined opposition from the babus and other vested interests that thrived on the mess.

After all, they managed to stall the move for nearly twenty years. They had set up an intricate defence mechanism, that sometimes also included the netas, in order to keep the Indian armed forces under their control. These interest groups will not lie down and roll over easily. Cleaning the Augean stables is never an easy task.

Already, there are ominous signs that the babus are gearing up for a last-ditch struggle. The ubiquitous world of Twitter and similar platforms has started resonating with messages from the “IAS” fraternity that they will do everything possible to delay, if not sabotage, the PM’s decision. Admittedly, the provenance of many of these communications is not proven beyond reasonable doubt. However, the cyber world is usually a litmus test of what is happening in the real world. NaMo and his Cabinet colleagues have been warned by the babus. Now, the country and its citizens will keenly watch and wait for the PM to demonstrate his steely resolve and for his team to back him up.