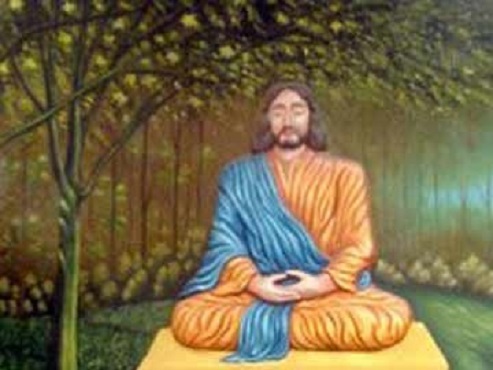 On 17 December 2014, Rev. Govada Dyvasirvadam, Church of South India Moderator has said, “Controversies such as the aborted Aligarh mass conversion deserve criticism and the politics behind it abhorred for it is creating fissures in the nation’s religious harmony. Every Indian is free to embrace the faith which he/she believes in. Most Christians in this nation are a product of group conversions conducted by missionaries who arrived in these shores several centuries earlier. So, we are not against conversion. But instances like Aligarh seem deliberately magnified by political outfits and such things deserve criticism” (1).

It seems for Govada Dyvasirvadam, the “Home Coming” ceremonies conducted by Hindu organizations are “controversies” while the mass conversions conducted by Christian evangelical outfits are “voluntary embracing” of faith by those converted. Though he has admitted the fact that the Christians in India are products of mass conversions happened centuries ago, he has conveniently forgotten to admit the other fact that the Christian establishments continue the same strategies conceived and executed by the European missionaries who arrived in Indian shores five centuries earlier.

As the nation has started a debate on Conversions in the aftermath of the ‘Ghar Vapsi’ event in Agra, and since Govada Dyvasirvadam audaciously attempts to criticize the “Ghar Vapsi” programs while deliberately hiding the illegal conversions indulged in by evangelical outfits, it would be in order to take a critical look at Incluturation, an ugly strategy being adopted by the Church, which poses a huge threat to the peace and harmony. In fact, Inculturation happens to be the most potent weapon of the Church to convert Non-Christians.

Amen. You are the Fullness of Reality, One without a second, Being, Knowledge, Bliss! Om, Tat, Sat!

Celebrant: This is the Bread that came down from Heaven; whoever eats this Bread will never die.
This is the cup of immortal nectar; whoever drinks of this cup will live forever.
For the Lord says, “He will have eternal Life, and I will raise him up on the last day.”
Do you believe this?

Cong: Yes, Lord, we believe, for you have the words of eternal Life.

OM! The Supreme Lord may protect us all.

The Supreme Lord may diffuse the frutis of knowledge upon us.

May we find the strength to achieve highest knowledge!

This study will conduct us to Truth!

May nobody of us have ever feelings against another.

These are excerpts taken from a complete Prayer conducted during the Order of the Mass for the Monastic Meeting in Petersham, Massachusetts in October 1977. The occasion, convened to lay the Foundation for the formation of Monastic Interreligious Dialogue in North America, was sponsored by North American Benedictine and Cistercian Monasteries of Men and Women. Interreligious Dialogue and Inculturation are “Twin Strategies” adopted by the Church to plant the Cross all over and to Christianise non-Christian nations.  The ritual shown above is just a sample of this Inculturation Technique.

The Oxford Dictionary defines Inculturation as the gradual acquisition of the characteristics and norms of a culture or group by a person, another culture, etc. Simply put, Inculturation is the adaptation of Christian liturgy to a non-Christian cultural background.

Translation plays a vital role in Inculturation. In his paper presented at the International Conference on “Rethinking Translation” at Milwaukee on 10 June 1995, Stephen M. Beall, Ph.D., quotes the declaration made by Pope Paul VI in 1965 that, “vernacular languages had become vox ecclesi, the “voice of the Church” (EDIL482). Stephen avers that, “On the one hand, the pastors of the Church are committed to the right of Catholics to enjoy their own cultures and to pray in their own language. On the other, they feel an obligation to preserve a certain unity in the way in which all Catholics think and pray. When these values seem to come into conflict, translation becomes a controversial procedure.” Observing that the “Key” to the whole matter is “Inculturation”, Stephen defines Inculturation in the words of Aylward Shorter, as, “the creative and dynamic relationship between the Christian message and a culture or cultures”. He also quotes liturgist, Father Anscar Chupungco that, “the liturgy must think, speak, and ritualize according to the local cultural pattern.” (2)  Stephen also says that, “This approach to faith and culture can be traced in part to the documents of the Second Vatican Council, especially Gaudium et Spes.”

The Vatican wanted the Bible to reach the non-Christians in their own language and hence applied this approach. In fact, this approach was adopted by the European Christian Missionaries right from the day they landed on Indian soil.

Culturally and religiously strong India was a challenge to the European Missionaries. Very soon after landing on India, they realized that their evangelical activities would not bear fruits without the help of the native languages. By learning the native languages and getting to know about the native literatures, they could understand the cultural and religious traditions being practiced by the native people. This in turn helped them to devise different strategies for conversion.

[pullquote]Inculturation is the adaptation of Christian liturgy to a non-Christian cultural background.[/pullquote]

Starting from the 16th century, Christian aggression slowly spread to many parts of India. The Portuguese, Dutch, French, German and British establishments landed in places such as Goa, Kerala, Tamil Nadu, Bengal and the North-East, etc., in the guise of trade and missions, started encroaching fast and armed invasions followed suit.

Padres as Brahmins, Munivars and Iyers

The man who laid the foundation of inculturation was the Italian priest Robert de Nobili (1577-1656). He learnt Sanskrit and Tamil, wore saffron robes, sacred thread (a small Cross attached to it!) and sandal mark on forehead and called himself a ‘Roman Brahmin’. He set up an “Ashram” in Madurai, became a vegetarian and wore “Pathukas” (wooden footwear). He claimed the Bible was the “Lost Veda”, the “Jesuit Veda” revealed by God, and was considerably successful in harvesting souls. Nobili is supposed to have written some 15 books apart from preparing a Portuguese-Tamil Dictionary. He is credited with the insertion of many Biblical terms in Tamil.

Following his footsteps, Italian Missionary Constantine Joseph Beschi (1680-1746), called himself Veeramaamunivar (Veer-Maha-Munivar) to pretend he was a great lover of Tamil. Outwardly conducting himself like a Hindu Sanyasi, he took care of the conversion business in the districts of Thiruchi, Madurai, Ramanathapuram, Thirunelveli and Thanjavur. He built three Churches, Poondi Matha Shrine in Thanjavur, Periyanayaki Matha Shrine in Cudalore and Adaikala Madha Shrine in Elakurichi near Thiruchi. His work on a biography of St. Joseph, Thembaavani, was hyped as a great work and projected as equivalent to Kambar’s Ramayana! He also came out with another work, Paramartha Guruvum Avarin Seedarkalum (Paramartha Guru and his Disciples), to ridicule our centuries old ‘Guru-Sishya Parampara.’

In the same period, a German missionary Barthalomaus Ziegenbalg (1683-1719) also worked in Tamil Nadu and called himself Ziegenbalg Iyer. This Protestant priest landed in Tranquebar (Tharangampaadi) in 1706 and worked with a Danish company which was the first to bring German printing machines to Tamil Nadu. He printed the first Tamil Bible (New Testament). He was the first to stoke anti-Brahmanism by creating a hatred for Brahmins among other communities.

Next in the list of Christian Priests who “served” the cause of Tamil was another ‘Iyer’ – G.U. Pope (1820-1907) or ‘Pope Iyer.’ He translated a few Tamil literary works such as Thiruvaachakam, Thirukkural and Naaladiyaar, and said he could find the teachings of Apostle St. Paul and St. Francis of Assisi in Sri Maanickavaachakar’s Thiruvaachakam.

Another missionary who inflicted massive damage on Tamil Hindus was the Scot Robert Caldwell (1814-1891) who, along with his wife Elissa Mault, resided in Tirunelvelli and made huge conversions. Though he did not indulge in inculturation, he sowed the poisonous seed called Dravidian Racism. He fully utilised the Aryan-Dravidian theories concocted by German linguist Max Mueller and imposed them on Tamil Hindus as true history. He abused the word ‘Dravida’ to the hilt and projected Tamil Hindus as a separate Dravidian Race.

Nowhere in ancient Tamil literature does the word ‘Dravidian’ exist; there was a Christian agenda of dividing the native people behind Caldwell’s coining the term ‘Dravidian’. While the British Government used the Aryan-Dravidian theory to divide and rule the nation, the Church used it to conquer the languages and destroy the culture in order to Christianise the nation. (3)

Make no mistake, “Tamil Separatism” is a Christian agenda and the Church has a long term plan of forming a Tamil Christian Nation with Tamil Nadu and North and East Sri Lanka. With this objective, the Church supported the LTTE and its Tamil Eelam demand. Dravidian racist leaders’ chauvinistic campaign against “Aryan-Brahmins”, well supported by the Church, helped them to capture power in Tamil Nadu in 1967 and till date no nationalist party could dislodge them from the seat of power.

[pullquote]The man who laid the foundation of inculturation was the Italian priest Robert de Nobili (1577-1656). He learnt Sanskrit and Tamil, wore saffron robes, sacred thread (a small Cross attached to it!) and sandal mark on forehead and called himself a ‘Roman Brahmin’. He set up an “Ashram” in Madurai, became a vegetarian and wore “Pathukas” (wooden footwear). He claimed the Bible was the Lost Veda[/pullquote]

In the last 47 years of Dravidian rule, one can find a clear nexus between the Church and the ruling party. No wonder the Dravidian government glorified the above said Christian Missionaries by installing statues for them along the Marina beach! Whether it is fixing of Thiruvalluvar’s Birth Anniversary in the month of January, or shifting of Tamil New Year to January, or ‘secularising’ the Hindu Festival of Pongal, one can always find a Christian push behind such Dravidian acts.

Motivated lies on Thiruvalluvar and Thirukkural

G.U. Pope translated and published Sage Thiruvalluvar’s Thirukkural in 1886. There is an ancient folklore that Thiruvalluvar was friends with a naval captain by name Yelaela Singan and used to meet him often at the beaches of Mylapore. G.U. Pope relied on this story and the concoction that Thomas converted a large number of families in and around Mylapore. He then gave an introduction to his Thirukkural translation as follows:

“Thiruvalluvar worked hard to acquire knowledge by all means. Whenever a ship anchors in Mylapore coast, Valluvar’s ‘Captain’ friend would send him message about the arrival of new visitors including foreigners. Many foreigners could have travelled in his friend’s vessel and landed in Mylapore via Sri Lanka. Within me I see the picture of Thiruvalluvar talking with the Christians gathering information and knowledge. He has gathered a lot of Christian theories in general and the minute details of Alexandrian principles in particular and incorporated them in his Thirukkural. The philosophy of Christian theories from the Church situated near Valluvar’s place is present clearly in Thirukkural. Thiruvalluvar lived between 800 AD and 1000 AD. The Christian Biblical works were certainly an evidence for Valluvar’s Thirukkural. He was certainly inspired by the Bible.” (4)

This sordid introduction to his translated work shows G.U. Pope’s fanatic mindset and the ulterior motive behind his “love” for Tamil language and literature!