The “Deadliest year in US history” is how a recent article summarized the events of  2020. As the pandemic brought life to a screeching halt across the world, residents of the United States grappled with a summer of discontent as protests against racism following the murder of George Floyd fired up cities across the country.

Amidst all this chaos, the Indian American community faced yet another challenge – a targeted onslaught of Hinduphobic attacks from their very own elected representatives – the same people on whom they depend for objective representation and equal treatment. Despite the massive turmoil of 2020, more than seven city councils across the US used precious time, money, and taxpayer resources to direct their energies to censure India for the Citizenship Amendment Act (CAA). These resolutions were poorly drafted, heavily divisive, and based on outright falsehoods and misunderstood issues.

The Hindu American community has been shocked at the deliberate disinformation campaigns that vilify India and Hindus while perpetuating Hinduphobia. Since these cities have no statutory powers in foreign affairs, and therefore about events happening in faraway India, we may be tempted to shrug these actions off as irrelevant noise. However, it is important to realize that the target of these anti-CAA measures is not India directly, but the rapidly growing Indian American community itself. A constant drip of anti-India statements and coverage intends to influence perceptions about India among mainstream Americans in a negative direction. Most Americans do not have an in-depth understanding of the historical and socio-political dynamics that led to the need for the CAA; nor do they have any exposure to Indian immigration laws and dynamics. In fact, previous studies have shown that only one in five Americans even know a Hindu. Add to that a generally poor understanding of Hinduism and India.

More alarmingly, the anti-India propaganda, often couched in Hinduphobic terms, has made its way into middle and high schools across the U.S. For many Indian American students, schools and colleges have become the next battleground where rampant anti-Hindu sentiment is systematically and officially sanctioned, and which conflates a multitude of issues to ultimately target the Hindu community. Students who wish to retain pride in their Indian and Hindu heritage often find that they have had to invest extra time and effort to keep on top of Indian politics to be able to fight the growing anti-Hindu narrative. Students proudly calling themselves Hindu are bullied and often subjected to an “identity disclaimer” – they must disavow any association with Indian politics, Hindu human rights, etc., to be ”accepted”. Some have lost their good friends or have faced social media attacks simply because they chose to stand up for their community.

They also find a hypocrisy on display right in front of them – as many “South Asian” social justice activists and organizations who normally stand up for human rights are disturbingly silent about denial of the same to religious minorities (especially women) in Pakistan, Bangladesh, and Afghanistan and spend an inordinate amount of time disparaging India and the Hindu community. Equally disconcerting is the silence of mainstream groups supposedly dedicated to women’s safety and rights.

In many cities, the Indian American community has banded together to challenge these unprovoked assaults. Prior to the spread of the COIVD-19, we saw pro-CAA marches and in-person advocacy in several cities, ranging from Seattle, WA to St. Paul, MN. Many groups are now working to draw attention to what the CAA really means, why it came into existence, and the marginalized and discriminated people from India’s neighboring countries that it helps.  The CAA simply fast tracks the Indian citizenship process for approximately 31,000 religious minorities who fled Pakistan, Bangladesh, and Afghanistan in the face of extreme and systemic persecution.

As the first anniversary of CAA approached, the Coalition of Hindus of North America (CoHNA) held a virtual conference showcasing a diverse array of speakers who highlighted the multi-faceted impact this law is having on everybody – from the refugees who were languishing in camps as stateless people to the average young Hindu American students caught up in the CAA disinformation crossfire and the rise in Hinduphobia that they encounter in their daily lives. CoHNA’s CAA resources and information sessions have been helping community members counter the blatant propaganda with facts. 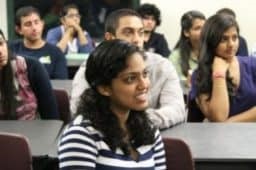 Recently, CoHNA reached out to the Chicago City Council, urging it to stand for persecuted refugees in the Indian subcontinent by rejecting Resolution R2020-583 that sought to condemn India under the excuse of CAA, Kashmir, and more. The letter highlighted how the persecuted minorities served by CAA are on the verge of near demographic extinction having been systemically denied basic protections, freedom of religion, and a minimum standard of living. For context, each year, more than 1,000 women and children are abducted, raped, and coerced into marriages, following forced their conversion in Pakistan. In spring this year, 15-year old Mehak Kumari faced the threat of mob violence when she returned to her parents and to her faith following her abduction; and yet, she is one of the luckier ones who made it home. In Bangladesh, the Hindu population has declined from 22% in 1951 (in what used to be East Pakistan) to just 8% by 2011. In March 2020, more than 25 Sikhs were killed in Afghanistan, further decimating an already dwindled Sikh population of around 600.

It is both common sense and instinctive human nature to prioritize and help those in the direst of needs. By passing anti CAA resolutions, the lawmakers are essentially saying that severely persecuted minorities and refugees deserve no extra kindness, help, or accommodation. Even more perversely, they are condemning those who seek to help the most destitute, as engaging in “discrimination.”

The opposition to CAA in the U.S. is especially ironic, given that the law seeks to provide persecuted religious minorities a life of dignity and a path to rebuilding their lives – much like its own Lautenberg-Specter Amendment. With its focus on prioritizing the needs of one or more groups for U.S. citizenship, the amendment shares the same spirit as India’s CAA. Similarly, in May 2020, President-elect Biden openly advocated for providing refugee status to Hindus and Sikhs escaping persecution in Afghanistan. In June 2020, twenty US senators wrote to Secretary of State Mike Pompeo and urged him to provide emergency refugee status to Hindus and Sikhs under the FY20 US Refugee Admission Program.

By venturing into international issues beyond their understanding, and taking their cues from organizations that have a history of peddling Hinduphobia and supporting the denigration of Hindu religious festivals and symbols, American politicians and schools are creating a hostile atmosphere for Hindu American communities. It is particularly galling to see the focus on bashing a humanitarian law even as the U.S. grapples with an unprecedented pandemic which has killed so many, while also ignoring long term problems around unemployment, homelessness, racism, the opioid crisis, and other pressing local issues.

Activism and speaking up do make a difference in the United States. We see it in the decision of the City of Chicago, which for now at least, has not moved on its anti-India resolution – all thanks to the efforts of numerous organizations and individuals who worked tirelessly and reached out to make the voices of persecuted religious minorities matter.

However, the battle is far from over. It is imperative for Indian Americans and Dharmic organizations of all stripes to act at a grassroots level and demand equal treatment and concern for ALL religious minorities facing human rights violations in their homes across the Indian subcontinent.

Pushpita Prasad is a member of the Steering Committee of the Coalition of Hindus of North America (CoHNA).