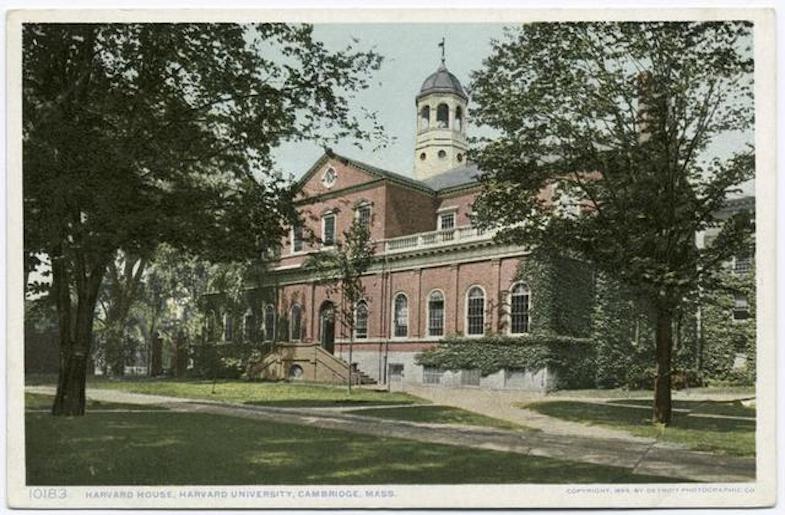 A Harvard Kennedy School academic had recently tweeted saying, “Hindus are sick people of India, it is their religious books who (sic) train the mind.”

A couple of years ago, another faculty at Rutgers University’s history department had tweeted that Mata Sita, in Valmiki’s Ramayana, basically tells Bhagwan Rama that he is a “misogynist pig and uncouth.”

Yet another faculty at the Uppsala University’s  Department of Peace and Conflict Research had made a “Gau Mutra” (cow urine, a common taunt against the Hindus by the jihadists) comment in his tweet.

Western academia also produces a large amount of what Rajeev Malhotra calls atrocity literature. It is a body of literature “with the explicit goal to show the target non-Western culture is committing atrocities on its own people, and hence in need of Western intervention.”

A Hinduphobic discourse, according to Jeffrey Long, “is a narrative which typically portrays Hinduism exclusively as an oppressive and regressive tradition inextricably bound up with social institutions like caste and patriarchy.” According to Long, a sniff-test for Hinduphobia in a critique of Hindus or Hinduism, academic or otherwise, is to ask the following question: “Is there a scenario, short of their complete renunciation of Hinduism, in which Hindus might address this critique in a way the critic would find acceptable?” If the answer is “no,” we are dealing with Hinduphobia.

Why so much hate and disinformation against Hindus, one might ask? One of the reasons for disinformation is that Indians in general, and Hindus in particular, have lost agency in the exchange of information about their own culture, traditions, and texts. During the colonial time, the Western scholars started sharing information about Hinduism with other non-native scholars, and the modalities of exchanging information in the study of India became predominantly outsider to outsider. One of the schools that emerged from this outsider to outsider exchange was Indology, with roots in racism.

Indology is the academic study of India, its texts, religions, and culture. It holds a preeminent position in the western scholarly interpretation of Indian texts and traditions. The entire gamut of Indology study isn’t only premised upon Protestant theologizing, but it is also a product of racial prejudice. Indologists dismiss any native perspective as they believe that Indians lacked access to the “true” meaning of their texts. They also believe that Indians never developed “critical” and “scientific” thinking; hence Indian texts should not be read as Indians do. However, what evolved as “critical” and “scientific” in Indology, Vishwa Adluri points out, had emerged from “Protestant debates over scriptures.”

When Adluri sent in his academic work on the Hindu epic The Mahābhārata to Indology professors in Germany, he expected constructive criticism. What he received shocked him. Reviewing his doctoral research, one of the professors wrote: “What I was arguing against in my assessment of your work was your peculiar method to use ‘theology,’ that is, in this case, an Indian religious view of the text, not as the object of research.”

Adluri, who holds doctoral degrees in Philosophy and Indology, was “traumatized” by the treatment. “The racism I encountered… was more insidious. It was scientific or scientized racism… Indologists enact this discrimination not because they are vulgar racists – obviously, they think they are cultured, enlightened, and cosmopolitan – but because their authority depends on it.” Adluri recounted in an interview.  According to Adluri, “The Indologists really believe it is their mission – as Europeans – to teach Indians to receive their own texts correctly and “critically”… Europeans are mündig (mature), whereas non-Europeans are unmündig and hence candidates for… (re)education.”

The centers of South Asian Studies, across the globe and certainly in the US, have kept the spirit of Indology alive, with Leftists and Marxists joining the bandwagon. These centers have their history in war and evangelism, and several prominent South Asia scholars were the US spies working in the region. Kushagra Aniket, a recent Cornell University graduate, recounted his story where a Cornell professor claimed that The Bhagwad Gitā was a manual of casteist morality that advocated the annihilation of one’s clan if required by one’s caste-based duties.

When Aniket found out that Cornell offered a course in Philosophy of War that explored the “Just War Theory” in Western theologies, he decided to take it. When he submitted his research paper on “The Concept of Just War in the Gita,” he was challenged for not including any “academic” citations. In his defense, Aniket claimed that he knew Sanskrit and relied on “his translation of the original” for which he should get extra-credit.

The parallels between Adluri and Aniket’s experiences with their professors are indistinguishable.