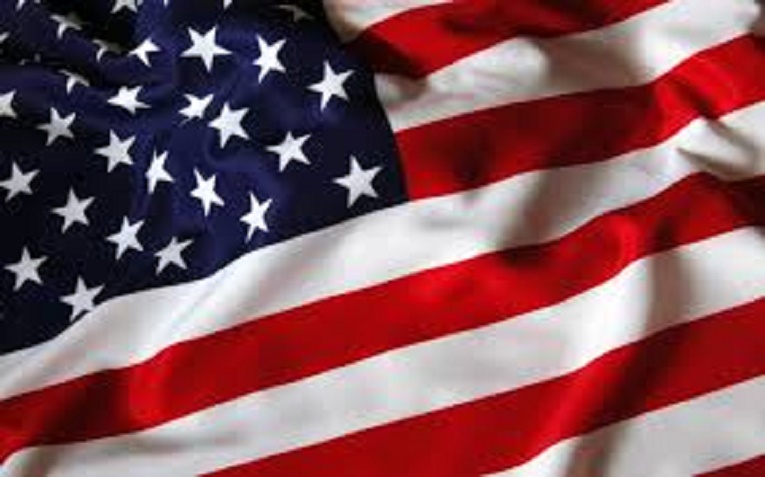 As a constitution abiding Indian citizen I was quiet delighted to find that you chose to write a letter to my country’s PM Mr. Narendra Modi and voiced your concerns about the status of minorities in India. I think it is vital that as world’s most vibrant democracies, India and USA ought to have such exchanges and criticisms periodically.

Your letter ends with a statement that you will wait for the PM’s response. Since he is working 18 hours a day solving real problems facing my nation, allow me to answer on his behalf.

The first thing I noticed while going through the list of signatories who signed the letter what struck me is the almost equal participation of lawmakers from Republican (18) and Democrats (16) in the 34 signatories. This piece of bipartisan statesmanship is highly unusual in a democracy with a history of complete absence of bipartisanship on most governance issues. From letting your government shut down for 16 days in 2013 to locking horns over President Obama nominating SC Justice to fill the seat vacant after Justice Scalia’s death, the history of USA democracy is the one full of grandstanding and open hostilities. The only area where both parties have kept their differences aside to join hands, invariably has been international diplomacy’ especially the hostile kind. We all remember how your parties joined hands to vote for America to go to war against Iraq in 2003 over the 9/11, an attack carried out by Saudi hijackers and one that Iraq played no part in. Considering your country’s history of active interventions in countries with publicly elected governments, you will excuse us for taking this letter as an act of micro aggression.

Coming to the content of the letter now. A point by point rebuttal of the many allegations is not the intention of this letter since I feel you are way out of your jurisdiction on this one. However, when we take the issues you have raised through your missive and juxtapose it to your own stands in your country’s politics, several interesting contradictions come forth.

Your letter makes a mention of the beef ban enacted by the government in several parts of the country (just to show how poorly researched your letter is, let the records reflect that beef ban is a state subject in India and no state made a new law to ban beef in the year 2014 or 15 since Modi came to power. The oldest act banning beef came in existence in 1950 and offhand I don’t remember President Eisenhower’s lawmakers writing to Pandit Nehru about it). Curiously I found among the 34 lawmakers signing this letter as many as 11 have voted in the past to ban stem cell research or embryonic cell research. The opposition to this research is purely on religious grounds. Opponents of stem cell research adhere to (in my opinion) the absurd and unscientific idea of “life begins at conception/fertilization” and hence stem cell research requires destruction of life. Research on stem cell can provide cure of diseases such as cancer and yet for your religious beliefs a third of you have chosen to block federal funding to this to support your beliefs. It seems a little ironical that the 11 lawmakers who sided with ban on stem cell research will fail to grasp the religious grounds on which beef ban was enacted.

Your letter makes an impassioned case for rights of minority Christians in India. In that light I find it nearly incomprehensible that 18 out of 34 people on this list have held the unscientific and irrational belief (mostly based on literal reading of religious books than any rational evidence) that “life begins at conception/fertilization” and therefore abortion is anti-life. The list of laws you  voted for to deny women the right over their own reproductive systems go from efforts to defund “planned parenthood” a non-profit organization that supports women’s right to choose to enforcing laws that make it illegal to transport minors to state where the abortion laws are more pro women. Sirs and Madams, women make nearly half of our planet’s population. To deny this half a right over their own bodies (even in cases of abuse through incest or rape) due to some religious belief is a dereliction of your duties as lawmakers. Lawmakers are not merely tools of public opinion but the shapers of them. The fact that over half of you as a group have repeatedly bent to public opinion rather than standing for human rights makes your credentials as champions of civil liberties shaky at best.

I also could not help but marvel at your nerve to speak about violence in the Bastar region while 31000 gun related deaths occur in the USA every year and yet 17 out of 34 of you have long been fighting attempts to regulate gun ownership in USA. Mr. Pitts and Mr. Franks from this list actually have the dubious distinction of being rated A (indicating staunch support for the right to bear arms) by NRA, a special interest group that has the mistaken belief that taking assault rifles that can fire 100 rounds per minutes out of the hands of bank clerks and Walmart ushers is somehow an encroachment on their fundamental rights. How can you worry about violence taking place a hemisphere away while in your own backyards high school students regularly convert their classrooms into morgues using weapons that we the Indians only see in Hollywood movies?

As for the village councils voting to ban all “non Hindu religious propaganda, prayers and speeches in their communities”, please stop projecting this as a minority persecution issue. This measure was specifically adopted to stop the aggressive practices used by evangelicals to convert uneducated tribal to Christianity. The members of evangelical churches in India may be few in number but they are by no stretch of imagination underdogs. They are representatives of a power hungry and aggressive branch of Christianity with budgets running into billions of dollars. Faced with this threat, the local communities had no choice but to adopt the aforementioned resolution. As for the reports of assaults and denial of basic services, we have acted on it whenever a genuine case of such persecution has presented itself. But just as various acts of vandalism and bombing of abortion clinics in USA do not take away the legitimacy of your pro-life movement, a few random acts of violence committed against the missionaries do not take away Indian society’s legitimate concerns over the predatory conversion practices. And again as a group that has a 50% (17/34) record of opposing all efforts to integrate immigrants in your society, I thought you would be the first one to understand.

Your off the cuff allegations against RSS are a point of concern too, since RSS is essentially a social service organization and its members have rendered invaluable support to the various rescue and relief operations on Indian sub continents in case of natural calamities such as Nepal Earthquake and the recent floods in Chennai, India. Unlike the misguided members of the evangelical church who were allegedly distributing bibles to the victims of Nepal earthquake, RSS volunteers have helped those who needed irrespective of their caste, religion and political affiliations. Your effort to undermine RSS, can be seen as an effort to undermine our organic disaster relief system itself and hence must be condemned in no uncertain terms.

You see ladies and gentlemen, we made a law legalizing abortion and giving the unconditional right to the woman in 70s, we as a country has always fought to bring scientific temper to its citizens and eradicate superstitions and blind beliefs wherever possible. We are open to suggestion/criticisms from external parties at all times. It is just that we are not sure lawmakers, who (in American political commentator Bill Maher’s words) think “life begins when you are just thinking about having sex” or use terms like “legitimate rape” (Todd Aikin) and feel that growing a stem cell in a petri dish is an attack on human life are the ideal role models for us.

As for the other 50 % pro rights, anti-guns advocate- your support to this letter seems contradictory to your own stances within your country. Circling back to the Iraq war vote, dare I ask if your support to your republican colleague is a case of political expediency in an election year to demonstrate your Christian values to the evangelical/radicalised base within your constituencies? Do you find it morally consistent that the positions that you hold dear to your heart at home, may be abandoned when it comes to foreign countries? Evidence suggests some truth in this since for a group that is so staunchly pro-individual liberties 12 of you have supported wiretapping overseas in some or the other format. I guess this is part of your “some animals ought to have more right to privacy than others”.

I wish to close by reminding you of a  quote from the great American journalist late Edward R Murrow “We proclaim ourselves, as indeed we are, the defenders of freedom, wherever it continues to exist in the world, but we cannot defend freedom abroad by deserting it at home.”

I find it no coincidence that Mr. Murrow said these words while protesting the actions of an overzealous lawmaker.

I rest my case.