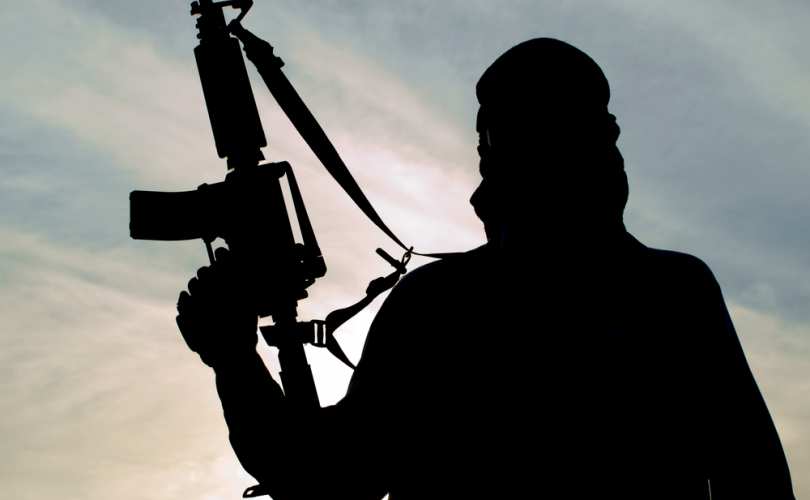 The recent Dhaka terror outrage is an illustration of the dangers, civilians face everywhere. No one is safe from terrorists prepared to commit suicide in carrying out attacks. Unfortunately, terrorism is proving an effective method for the militarily weak to make a point and indeed force established authority to deal with them. The first potential casualty, beyond those killed, may be Bangladesh’s economy, since foreigners will be wary of visiting to buy the clothing exports that underpin the country’s growth and supports women employees, who would otherwise be destitute. A Gulf funding connection for the assault is almost certain, though the Bangladesh authorities are wary of identifying the responsible countries for fear of economic repercussions since migrant remittances are an important source of foreign exchange. A Pakistani link has already been suggested but that nation apparently enjoys a Teflon quality since the world’s major powers decline to hold it to account.

Beyond the immediate horrors of the especially brutal end suffered by innocent victims, terrorism is apparently able to thrive in Bangladesh, despite government efforts to curb it. More worryingly, the ruling party appears to have been infiltrated by terrorists and, worse still, the government itself is hesitant to act unsparingly because significant numbers of voters do not oppose Islamic militancy and Jihad. This is the only explanation for the absence of firm official response to the routine murder and rape of members of the minority community across the entire country, which has now reached epidemic proportions. Prime Minister Sheikh Hasina herself is protected by international security agencies and the tenuous hiatus of uncertain stability will evaporate should she be assassinated or lose power. The BNP opposition party of the Jihadi Begum, Khaleda Zia, harbours bitter animus towards India for its support of Sheikh Hasina and her Awami League and indeed have never truly accepted the 1971 secession of East Pakistan. The potential for grim turmoil is an ever-present danger and India may find a Somalia adjacent to it that threatens much grief.

All terrorism has similarities because it impacts easy targets, increasingly able to cause high casualties. Major states also inflict terror and on a much larger scale than anything its private sector counterpart can organise. States also kill the innocent and in ways that are extremely cruel, but they are the designated authority, with the legitimate exclusive right to use force. And civil society vindicates their actions through unthinking acquiescence that makes it complicit. Of course states also sponsor terrorist acts through private agents, distancing themselves from such action by subterfuge. The Islamic terrorism of private agents is different not because large numbers of people are willing to die, while purveying death, but because it is deeply ideological. However, like other terrorist causes, Islamic terrorism also possesses the specific motivations of instrumental logic and material circumstance.

What is now amply clear is that Islamic terrorist acts cannot be prevented even if their frequency is reduced by effective countermeasures. Governments everywhere have apparently ended up engaged in public relations to manage their psychological impact on the wider public because the direct victims are, in fact, relatively few. The exception, where unaccounted numbers perish, is war-torn countries, where the distinction between combatants and civilians has ceased to exist. The leaders of countries suffering terror attacks strain to exonerate the majority community that produces Islamic terrorists in the earnest hope that even larger numbers will not sign up to join terrorism through alienation, because of blanket accusations. Such forlorn sentiments fail to prevent terrorism, though one cannot know, if they would become more frequent, if condemnations were less selective and more visceral.

Governments of the countries afflicted by regular terrorist acts all employ similar measures, with varying degrees of success. Infiltration of terrorist organisations is routine and an essential weapon in the arsenal of interdiction. Some terrorist organisations have the wherewithal to repay the compliment by infiltrating the state apparatus themselves. In recent decades, electronic surveillance has assumed great importance because intercepting communications provide invaluable information. And although the scale of the required effort is prodigious, technology has made it more feasible. Terrorists are aware of the danger of their communications being intercepted, but make the inevitable mistakes because other forms of communication, through direct physical contact, are not always feasible, as Osama bin Laden found out to his cost. The state has also found it useful to employ agent provocateurs that flush out potential recruits before they become active agents of terror, a stratagem used successfully by British intelligence.

Once the state has acquired relevant information about terror organisations and their plans, effective and rapid analysis is vital. Identifying sponsors of terror is essential and that will lead to more effective targeted surveillance and disruption of organisations through arrest and prosecution. Inevitably, terrorists will also be regarded as combatants and become objects of liquidation, when their arrest and prosecution might prove ineffective. Prosecution and imprisonment of terrorists often prompt further acts of terrorism to free them and their elimination instead is unavoidable. But the most urgent issue for state counterintelligence is to anticipate specific plans of terrorist outrages in order to thwart them. In such situations, there is a need for trained personnel, who can be deployed rapidly to intervene and that has proven unexpectedly demanding for many state authorities, which fail to act decisively when required. The Mumbai massacre of 26/11 and indeed 9/11 both highlight significant failings, when intelligence was available to act on. State authorities are also increasingly dependent on other states for intelligence, though it may not be shared fully, as in the case of 26/11.

Ultimately, Islamic terrorism cannot be prevented, because determined individuals willing to sacrifice themselves will sometimes succeed in evading efforts to stop them. The only way to minimise the frequency of terrorist acts significantly is to combat the ideological fervour that motivates terrorist acts regardless of personal cost. The idea suggested by a distinguished academic that terrorists should know in advance that their families and communities will be eliminated in the aftermath of their actions is impossible to approve. But an essential factor that many are unwilling to recognise, is the need for thoughtful foreign policies of established states that do not, as they do now, provide the egregious provocation to take revenge. Such provocation is arguably the principal reason for the surge in Islamic terrorism of the past decade and a-half.

The issue of ideological fervour is a subject that even major states, which are victims of terror, seem unable or unwilling to address. While Saudi Arabian Wahhabism endures, it will continue to provide the widespread underlying bedrock of socialisation towards a propensity for terrorism. Its sway over Sunni Muslims across the world is the deadly poison that has incited hatred for the unbeliever, a definition that expands inexorably to envelop even co-religionists that fail some arcane criteria of affinity. However, the responsibility for the intransigent ideological posture and financial sponsorship of terror by states like Saudi Arabia, Qatar and Pakistan, the principal wellsprings of global terror, is indubitably due to the protection of powerful states they enjoy. It is no secret that these powerful states have, historically, regarded Islamic terror as a useful instrument for their own foreign policy goals, with China, even recently, providing succour to a known Pakistani terrorist organisation. The Anglo-Americans have also had their hands full of blood for decades, helping Islamic terrorists to harass states like Russia and India they deemed adversaries.

Many communities suffer injustice, but Muslims are the only group that resorts to extreme violence in response to real or imagined wrongs they suffer. The basis for their behaviour is scriptural legitimacy and the denial of humanity to the Kuffar and unbeliever, the Other, whom their Prophet and Koran enjoin can be killed at will for the slightest provocation. Unfortunately, there is an apparent consensus in established authority around the world to deny the historical antecedents of Islamic terrorism. It has been practised throughout their history by both their founder and successor Caliphs, who indeed butchered his close relatives in coup d’états. Until the ideological basis of Islamofascism is challenged with logic, and the inhumanity of their convictions exposed, adherents to the faith are unlikely to question their own beliefs. And of course, action must be taken to end funding for Islamist causes by Saudi Arabia, the Gulf States and the supply of terrorist foot soldiers by Pakistan.