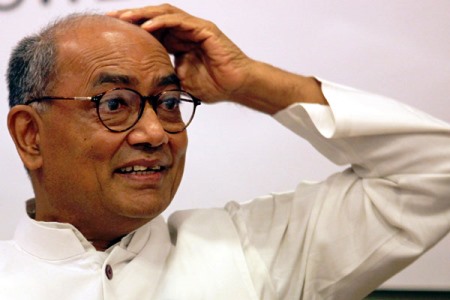 On 22 October 2013, former Chief Minister of Madhya Pradesh, Digvijaya Singh in a reply to a Twitter user, @mukeshgupta26 claimed the following (click the graphic below for a larger view):

Digvijaya Singh’s tweets were a response to the query as to whether he had received a request from Gujarat Chief Minister Narendra Modi for police assistance in controlling the Gujarat riots of 2002.

The letter reproduced above is the official communication from the then Madhya Pradesh Government to the then Gujarat Government.

Therefore, Digvijaya Singh’s claims that “no request came to me from Gujarat” and that he had to “put the record straight about 2002” are false. What’s more, if one peruses Digvijaya Singh’s Twitter timeline on 22 October 2013, we notice that these two tweets (screenshot pasted above) have been deleted as seen by an extract of his tweets before and after 22 October 2013 (click the graphic below for a larger view):

In light of these facts, it is clear that Digvijaya Singh’s claim that he did not receive a request for help from Narendra Modi exposes him as an Incorrigible Liar.