Effects of Demonetisation: A Brief review 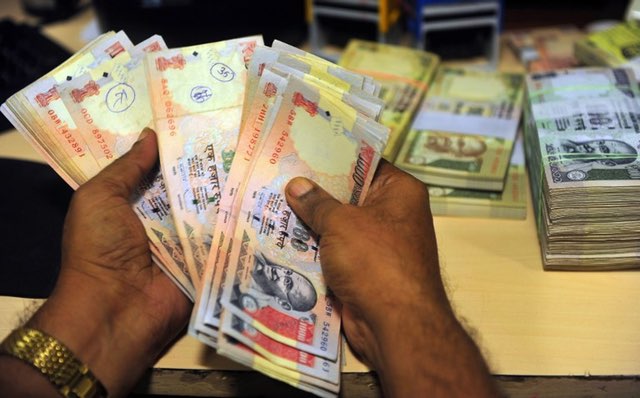 Demonetisation has been the biggest economic measure that India has seen post-Independence. It has caused and will result in many social, political and economic effects.

Some people criticised the move in the beginning and even tried to incite people to oppose the move and demanded immediate rollback and now those same set of people are talking about how cashless economy is not possible and is bad. The arguments provided to support their points were always weak like where in the beginning, some people criticised the new 2k note because of its colour and even termed calling black money black as racism! Now, the new arguments are heard that even developed countries aren’t cashless, hardship faced by wives to hide money from their husbands and low internet penetration of India. Instead of talking about how India should move towards cashless economy, there is only talk about why India shouldn’t go cashless without giving any credible and worthwhile reason and even terming the demonetisation move as a humanitarian crisis. But a cashless economy is necessary for India’s progress, since cash based economy has been disastrous.

In ancient times, metal coins were used to trade. Then in the modern era, the notes replaced the coins as the means of transactions. But in the contemporary world, there is absolutely no need of cash at all as even a single rupee could be transferred securely, reliably and quickly through digital means. The acceptance of digital money at tea shops and paanwalas is the proof enough. As mentioned by the Finance Minister, there are already 75 crores debit and credit cards in the system, so the challenge is to build infrastructure for a digital economy.

On 8th November, the Rs. 500 and 1000 notes ceased to be legal tender. Afterwards, people faced various hardships to exchange cash. People found only 2000 notes in the ATMs and banks. It could either be an implementation glitch or it could be intentional or both. It was obvious that during the first two weeks there would be long lines to deposit money and to get new notes, so by providing higher denomination notes it addressed two issues. One was the speedy disbursal of cash to public and the other was the creation of a void in the system as the 2000 notes could hardly be useful in transactions as there is no other note between 100 and 2000. This impelled the people to embrace digital mode for transactions.

Prime Minister Modi, being politically savvy, had confidence that he would be able to mobilise the people as could be seen from the survey done on Namo app. Just compare the move to the statement he made in Australia where he had said that he had no big vision and had come to do only small things for small people.

I feel that the cash crunch is going to remain until and unless there is change of public mood. Instead with the lack of cash, people will move towards digital and the need to get cash would lessen. And the demonetisation if followed with right moves would make an irreversible impact on India. Also, the fact that 1000 notes has not been introduced yet, gives us an indication that 2000 notes may also be another piece of the political move where it would again be demonetized, probably just before the 2019 elections and in phased manner, when it wouldn’t as difficult to do as at present, since many people would have moved to digital means by then and the poorest of the poor don’t transact in 2000 much.

Per some estimates, black economy constitutes 75% of the GDP. (5) India can’t afford to have black economy as the cost is huge. So, it is very important to tame the black economy by moving towards cashless economy and this is possible today with the help of digital medium. In older times, to check crimes, one had to go after criminals, but in the digital age, when the criminals wouldn’t be able to hold cash then the crime would automatically ebb. If crime is the tree, then cash is the water that it needs to grow. Going cashless would also check the parallel government run by the nexus of politicians, bureaucrats, police, and criminals of various hue, where the shady people and leaders of the crime gangs are elected to various public positions as observed by Vohra report.

Many people feel that with demonetisation, the Prime Minister has gone against the very community that is their permanent vote bank i.e. trader and business community. But that community was anyways going to oppose GST implementation as that was going to completely make the whole trading transparent and thus checking tax evasion. But with demonetisation, that obstruction has already been taken care of as the move would make everyone transparent right now.

Other political issue, where demonetisation would show its effect is the upcoming elections in various states. It seems that the upcoming elections would be fought on corruption issue. BJP is likely to use demonetisation to portray itself as fighting corruption and label those in opposition, who opposed demonetisation as being corrupt and as protecting the rich black money holders. Add to this, the fact that the past records of many of the opposition parties do not give them any credibility. Demonetisation would also make the political funding difficult for the parties. With the image created by the BJP over the last two years where they have been successfully able to link the image of nationalism to their party and anti-national image to the opposite parties, it would be the BJP, who would be benefitted from the elections fought without the money power.

The victory of the BJP in by polls where it either won many seats or gained significant vote share, just after the difficult phase of cash exchange and recently in Chandigarh proves that PM has made significant inroads to the voters and voters by large have welcomed the move. This in turn makes the PM stronger to take even more strong steps and part of it would be reflected in 2019 elections as well. The government is not publicizing the move as of now, but post December, expect massive campaigns, where people would be sensitized on how the government brought back black money by eliminating it.

Some agencies have estimated that there would be decrease in GDP growth but it seems that the factors that would push growth are stronger. The PM is keenly aware that in order to win next elections he needs to create the jobs, for which India needs double digit growth and it seems three factors would support it. First, by increased productivity and economic activity through cheaper loans, which is possible with more money deposited with banks right now and thus boosting trade and business. Second, investment in infrastructure from recovered black money and significantly better tax collection post GST, which will create jobs and give push to more investments. Also, with lesser black economy, deflation through lower real estate prices etc. is expected. Jobs along with deflation will increase relative purchasing power of people and hence would result in more sales and thus a growth cycle. Third, the digitisation of currency would increase money supply through fractional reserve system by increasing the money multiplier, which is dependent on three factors viz., monetary base, CRR and cash-deposit ratio. The people holding black money and having higher purchasing power weren’t contributing much before and were doing great damage by keeping the money away from banking system. Now, loans at lower rates will be available as the bank’s lending powers will increase through the fractional reserve system.

With deposited money already exceeding 12L crores against the earlier estimation of 10L crores, it seems that either a lot of black money has come back to the banks or there was a lot of fake currency in circulation. Also, the government tax amnesty scheme at later date is an indication that government knows people are somehow able to bring their black money to the banks. PM’s announcement to Jan Dhan account holders to keep the money in their account, while in the meantime, he is thinking about the ways to let people retain that money shows the astuteness of the PM to handle the crisis and the fact that there is awareness of massive misuse of bank accounts. But the money deposited to bank accounts could be tracked and with the help of Big data and AI platforms, it would neither require lot of time nor manpower to find the inconsistencies.

The demonetisation was a right step, but it would be effective only if it is followed with measures leading to cashless economy. It remains to be seen, how much black money, the government would actually recover and what impact would this have on the upcoming elections. The public participation in checking black economy like the recently announced email id- backmoneyinfo@incometax.gov.in to report black money operators would go a long way in fighting black economy.

Manoj Garg is an inquisitive person who likes to learn new things and have interest in Dharmism (Hinduism, Buddhism, Jainism, Sikhism), Computers/IT, Psychology, Philosophy, Ethics and Indian & World Politics. He likes to solve problems and he cares about liberty, freedom, equality and justice. He also believes that justice extends to animals and environment as well. He tweets at @TheManojGarg