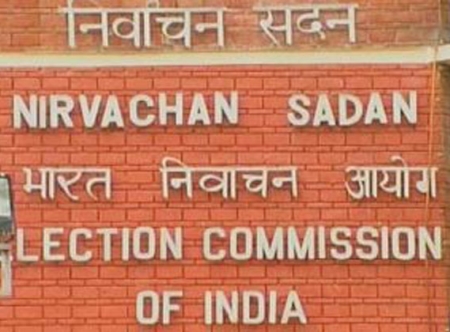 It is a pity that no political analyst, no media mandarin, nor the Bharatiya Janata Party has shown the courage to haul our partisan Election Commission before the Supreme Court on the grounds of deliberate denial of the Right to Equality to Narendra Modi despite him being a Prime Ministerial candidate. By denying the right to hold a meeting in his own constituency, Varanasi, the Election Commission and the Returning Officer of Varanasi has violated Modi’s right to equality. How can the Returning  Officer of Varanasi, a stooge of Akhilesh Yadav, and protégé of the CEC, treat different candidates of different political parties in an unequal manner?

The Right to Equality before law flows from Article 14 of the Constitution and its violation constitutes too serious a matter to be ignored by the Indian public, especially by the self-styled intellectuals masquerading as secular chatterati.

Additionally, the Right to Social Equality and Equal Access to Public Areas has been elaborately stated in Article 15 of the Constitution. In such circumstances, how could the Returning Officer and the CEC refuse to give the necessary permission to only Modi, to hold a meeting in his constituency?

The most sordid  aspect of the unparalleled political malfeasance is that it has been done by a constitutional authority, namely the Election Commission of India.

With my limited knowledge of constitutional law but long years of experience gathered in service I feel that it is a fit case for being taken to the Supreme Court.  It is simple commonsense that when Rahul Gandhi, Arvind Kejriwal and some other aspirants for the Varanasi Parliamentary seat were allowed to hold meetings in the temple town of Kashi, the country’s Prime Ministerial candidate has been subjected to discrimination on frivolous grounds.

The time has come to challenge the misconduct of the Returning Officer as well as all members of the Election Commission in Supreme Court and seek orders for their removal from their offices, at least till the general elections 2014 are over. The apex court should ask the central government to appoint another set of  impartial members to man the Election Commission.