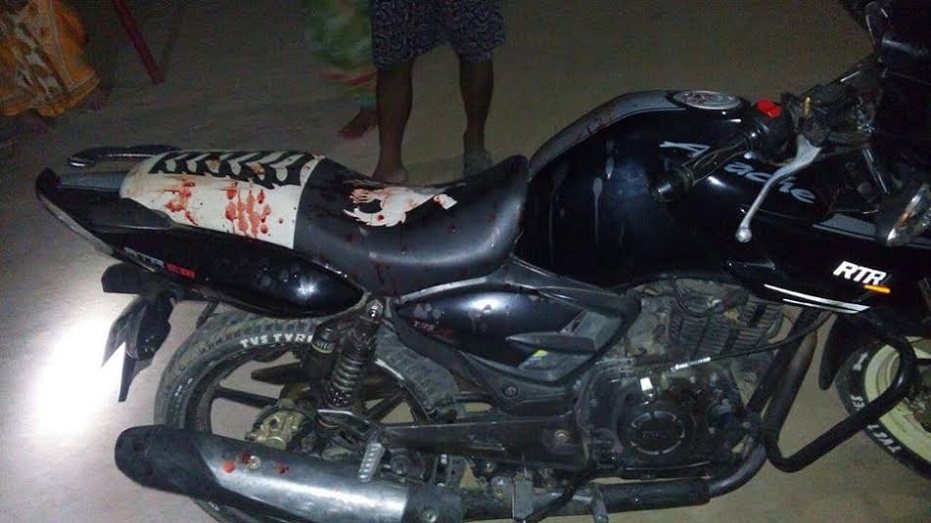 Close on the heels of the IndiaFacts report on the wanton violence against Hindus in the Nadia district of West Bengal comes another similar, gruesome incident in Hanskhali, a border village falling under the Nadia district. IndiaFacts received an email dispatch from the village where Hindus became victim of inhuman torture day before yesterday. A volunteer of Hindu Samhati, Debtanu Bhattacharya visited Hanskhali yesterday on 10 May to obtain details of the incident. He reports that the police staff at the Hanskhali police station created quite some trouble for him.

Biman Ghosh, the elder son of Bimal Ghosh runs a garment shop in Hanskhali market. About a month ago, the shutter of his shop was damaged by a truck owned by Ms. Papia Mondal, the head of a local crime syndicate. She and her gang allegedly runs a flourishing trade in smuggling and trafficking of women across the Bangladesh border, even as the Hanskhali police turn a blind eye.

Trouble started when Biman Ghosh demanded compensation for the damage from Papia. This apparently didn’t go down well with Papia. As a result, on 8 May, one of Papia’s sons assaulted Biman in the market and struck him on head with an iron rod. When the bleeding Biman and his brother Soumen chased him, the ruffian ran away and fled the village.

However, Papia and gang, in cahoots with the police, spread the rumor that her son had been kidnapped and suspected that he might have been murdered by Biman and his brother. Papia also lodged a complaint in this regard at the Hanskhali Police Station. The Police exerted continuous pressure on the Ghosh family to ‘surrender’ the boy. Locals are of opinion this was a well planned conspiracy hatched by the Police and Papia together.

On 9 May the tension increased when some unknown persons set fire to the paddy field owned by Muslims. However, locals allege that Muslims themselves did this mischief. The local mosque put out an announcement on the loudspeaker accusing Hindus of torching the paddy field.

After this, a mob of about 400 Muslims attacked the houses of Bimal Ghosh and his neighbors, Nibaran Ghosh and Bhola Ghosh. Their attack was accompanied with shouts of “Allahu Akbar.” and brandishing deadly weapons, they ransacked the three houses, beat up the family members mercilessly and molested Biman’s wife and other women.

They hacked Biman with sharp weapons and as Biman lay bleeding on his own motorbike, they totally destroyed a Tata Sumo and a new tractor. Biman’s father-in-law, Balaram Ghosh too was severely injured. The mob also tried to steal the cattle. When they were unsuccessful in untying the animals, they hacked the hapless animals instead. Biman’s wife lost her consciousness and is reported to have become senseless due to the severity of the attack, ransacking and molestation.

The video below is a statement of Smt Jyotsna Ghosh, wife of Nibaran Ghosh, (neighbor of Biman Ghosh) as she relates her horrific experience of the savage attack, and how the womenfolk were beaten and molested, and how the police remained mute spectators.

In the video, Ms. Ghosh states she is unaware of the whereabouts of her husband Nibaran Ghosh as well as her two sons Surajit and Shontu Ghosh. She exasperatedly states how in presence of the police , the Mias (a colloquial term for the Muslims) ransacked her house and snatched a necklace from her. When she asked the police for help, the officials ignoring the hooliganism of the Muslim ruffians demanded that Papia’s son be returned as soon as possible.