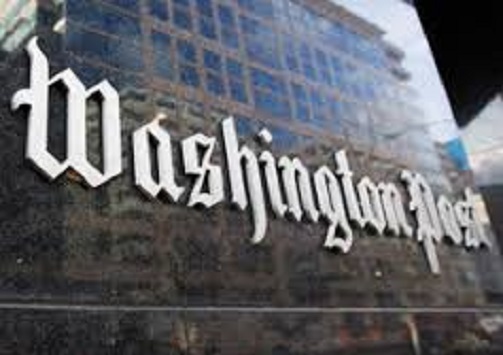 This was contributed by IndiaFacts reader and supporter, Skanda Veera.

Washington Post (WP) in a recent report noted that the Christian Enclave in India “fears violence” as Hindus “press for conversions”.  First off, this is not even biased reporting, it is simply an evangelist version venting his unhappiness over Hindus trying to reconvert ex-Hindus who were converted by missionaries using force, fraud, allurement or all of the above.

What is significant is the absence of reportage in Washington Post on any Hindu concerns about conversions—as if the entire Hindu society is willing to allow conversions to Christianity, is sufficient evidence of its pro-evangelist and anti-Hindu biases. So to call the reporting biased is stating the obvious. For someone who has the experience of deciphering reality from convoluted media reportage, however, this “report” has sufficient data to make out what really is the case. So this rejoinder tries to not highlight what is hidden but what the report fails to hide from the attention of a careful reader who can see through its biases.

The WaPo report starts out by saying “the trouble started a few months ago”: meaning what happened before that wasn’t trouble. For the author Annie Gowen, it is trouble when Hindus try reconverting, but what exactly happened for decades, how the Hindus were converted into Christianity in the first place using what means, how their idols, gods and places of worship are abused, does not become part of trouble. One would wonder how many instances of temples desecrated, idols abused and destroyed by Christian extremists in India are ever reported by Washington Post.

That Christian missionary activity is creating social disharmony in India and that it was elaborately studied and recommended by the Niyogi Commission that such activity be banned in India as early as 1950’s and does not appear to be part of trouble to her. That both Christian conversions and the relationship of converts with the faith they left are both traumatic, does not form part of trouble to her. That conflicts in India start with Christian or Muslim aggression and lead to Hindu retaliation, and that even in this case it is the brazen hate propaganda and conversions that are enraging Hindus, does not form part of trouble for her.

Obviously, to her mind, trouble is when Hindus react in kind, not when aggressive proselytizing happens through fraud, deception, “miracles”, traumatizing native minds through maligning and hate filled propaganda against native traditions. All is good as long as the papal mandate to harvest Asian souls has no obstacle, whatever be the means employed. That the brazenness and intolerance of “Christian minorities” in India is of the magnitude that election campaigns and dates and candidate selection is dictated by Church in some states. This does not appear to her as part of the trouble.

So what she terms as “the trouble” tells us what she wants to see as trouble and what she does not want to see as trouble. This “report” is hardly a journalist speaking but this is the advocate of an evangelist predator preying on pagans out of soul-harvesting hunger, troubled with the pagan resistance in its homeland.

So this “report” has, in its very start, spelt out what it wants to say: ‘I will hide what Christian evangelists do in India and report when the non-Christians lose patience. I will report reconversions but not conversions. I will hide all the Christian atrocity, crime, murder, fraud, machinations in India and start making noise when there is a backlash, so that the pagan defenders can be shown as aggressors.’ Typical of an evangelist.

At the top of the article is a photo with the note “A resident surveys the damage after a fire inside St. Sebastian Church in New Delhi on Dec. 2. Hundreds of Christians took to the streets to protest what they said was a deliberate attack”. There is a claim that the fire was “a deliberate attack”, and the reporter is happy to make this a part of a threat building exercise and cunningly link this with gharwapasi. It is not known whether this was an accident, and even if it was not, it is not known who did it. In what way exactly is this instance in Delhi related to Agra gharwapasi? But then, that question would be apt to an objective reporter but not for an evangelist. So WP again shows how it uses missionary deception masquerading as journalism.

Then there is another link brought in: “Christian carolers on their way home from a late-night church service clashed with revelers in a local wedding party, according to the pastor, Bheemudu Naik”. Similar questions arise. Where is the other side of the story, namely the intrusion felt by the Hindus celebrating their wedding party and what the unwelcome guests did there in the name of “singing”? How exactly is this incident, similar to the above, even related to gharwapasi or Hindu nationalism and “security of Christians” in India? But why not, if it helps build a fake case of threat for Christians in India when Hindu movements have explicitly expressed their concerns against evangelism and NOT Christianity or Christians, if you are evangelical yourself? WP again confirms it is. There is no record of practicing Christians attacked in India, but we have mountainful of records of aggressive and hate propagating missionaries involved in several of the instances of violence in say Odisha or the North East to name just two.

By the way, the truth of the above instance from local sources is that the carolers intruded the party and tried “preaching”. There are hundreds of instances of such intrusions, including the author’s own personal experience in hospitals when evangelists try “preaching” to the near and dear of patients in serious conditions and making humanly unforgivable arguments and conversion attempts. One wonders why this and similar such intrusive attempts do not figure in the WP’s coverage. The brazenness with which missionaries intrude into Hindu lives and interfere with their religious freedom is an everyday occurrence that the WP misses.

The obvious fact that no insecure group would try such adventures while being in a minority, but only missionaries carefully build the façade of insecurity and use it for martyr mongering, vilifying Hindus and furthering their aggressive evangelism. And WaPo is silent on this as well. And then a more brazen deception, by twisting facts: “Christians make up just over 2 percent of India’s 1.2 billion population and historically have been targeted less frequently than the country’s Muslim communities”

The fact is that Christians form a much bigger group. The numbers are way beyond a paltry 2 per cent, a fact hidden by non-release of the 2011 census. What is also is carefully concealed is Christians using Hindu names as part of their conversion strategy. More importantly the “history” of religious conflict in India is of Christians and Muslims attacking Hindus and Hindus rising in their own defense, not the other way round. The reality of today too, is an aggressive missionary program and intrusion that Hindus are unhappy with. The simple fact that the population of Hindus fell from around 85 per cent in 1947 to 80 per cent in 2001 and is set to fall much below that now, and the rising populations of both Muslims and Christians, is enough evidence of who is the aggressor and who is the defender. To paint aggressors as victims, to reverse the story of evangelist aggression in India is a part of evangelist narrative, which WP loyally repeats.

Then John Dayal is quoted mentioning the numbers of “hate crimes” against Christians, not talking of the number of crimes by Christians against Hindus, or the veracity of the claim. Besides, how is gharwapasi not a “fundamental right to propagate” if aggressive evangelism is? Why should there be any insecurity or crime or conflict if it is simply about propagation and conversion just because Hindus try doing it? However there is an unwitting giveaway: “After a nationwide furor, organizers on Tuesday postponed the ceremony… For several days this month, India’s secular Parliament repeatedly lapsed into chaos as members debated religious conversions”

How exactly is a small minority, by building up false cases and linking them up, able to rise a “nationwide furore” against reconversion attempts done by Hindus? Why exactly is aggressive evangelism not causing “nationwide furore”? The decades of record of conflict and trouble, the Hindu patience and tolerance in putting up with evangelist intrusion and machinations is taken for granted to not cause any “furore”? That the small minority of “targeted” Christians are able to blockade a small reconversion attempt by the “Hindu nationalists” belonging to “majority” isn’t surprising? That they can wield enough influence to blockade the nation’s parliament on such an issue and prevent their own evangelism from being the topic in the nation’s parliament isn’t surprising? Of course Washington Post doesn’t bother with such logical questions.

[pullquote] How exactly is a small minority, by building up false cases and linking them up, able to rise a “nationwide furore” against reconversion attempts done by Hindus? [/pullquote]

In the end, the WaPo piece must be seen for what it really is: an open statement of intent—“we want religious conversion to be a one-way street, out of pagan Hinduism. It is unacceptable to reconvert Christians into Hinduism. We will hide every deception that evangelists do but will make a hue and cry however Hindu society responds to such attempts. We will protest when Hindus try reconverting Christians, even if they use the same means that evangelists use.”

The erstwhile UPA government and their allied state governments, had thrown the nation open for evangelism, and gave full cooperation both by helping evangelists and by helping them target pockets of Hindu resistance. Now that there is a more fair leadership that does not promise this one-way traffic, the evangelists are unhappy. Washington Post seems more than happy to offer its platform to vent such unhappiness.