Hindus and the Restoration of Cultural Diversity 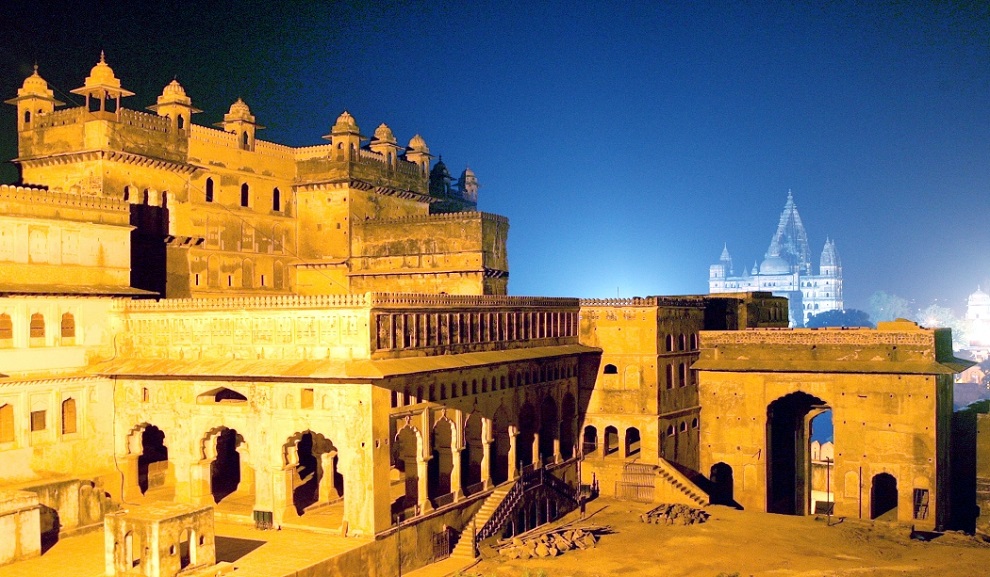 If we turn back the clock 2000 years we would see a world full of diverse societies and cultures. Though there were indeed clearly identifiable markers that represented distinct civilizations, be they Chinese, Indian, American Indian, African, Persian, Greco-Roman, Egyptian etc a plurality of diverse cultural expressions always existed within each civilization.

As the Europeans began their colonization of the Americas, initiated by the voyages of Christopher Columbus, they came across thousands of diverse communities with different languages, customs, beliefs and lifestyles. Yet at their core, each of these peoples overwhelmingly shared a common civilizational ethos and functionality. The same patterns had in fact existed in Europe as well and this is still evident in the multiplicity of languages to be found on the continent. However by the time of Columbus an enforced cultural homogeneity had created a common identity based upon religion. Despite the various sectarian rifts such as Protestantism, the entire region from Russia to Iceland was clearly Christian and was often referred to as Christendom.

The spread of Islam from Arabia, North Africa, Persia to Indonesia soon led to the homogenization of that entire arc of Planet Earth. Yet again we see that the development of various sects and the diversity of languages remains. Regardless of these differences Islamic civilization remains clearly identifiable.

Obviously diversity is natural, a sign of vibrancy and a good measure of the health of a civilization. The differences among us are in fact strengths and the various weaknesses we have are meant to be balanced by the strengths of others. In other words the inefficiencies of others are opportunities for the efficient among us,a way to be helpful and of service to others.

Unfortunately the hegemonic tendencies of the Christian and Islamic leadership led to an enforced and unnatural homogeneity of religious practice and belief across vast swaths of the globe. For thousands of years humanity recognized that spirituality and worship were a deeply personal matter between the individual and the divine.  As religion was never mandatory, some were devout while others remained aloof. This is based upon the concept of Free Will. Without free will there can be no love and love has always been vital to the religious experience. Just as the interest in a particular subject matter inspires effective learning in a student ancient traditions always recognized that the free will of the individual was required for true progress along a spiritual path. Therefore the enforcement of a particular religious practice or belief was the antithesis of all indigenous religion. Those instances where they were enforced represent an aberration to the normal state of affairs.

After the rise of Christianity and Islam, a majority of the world became religiously homogenized as culture after culture were obliterated and decimated through war and conversion. By the late 1800s the entire world excluding China, India, Sub-Saharan Africa, Japan, Korea, Vietnam, Burma, Thailand, Laos and Cambodia had been brought under the sway of either Christianity or Islam.

[pullquote]The hegemonic tendencies of the Christian and Islamic leadership led to an enforced and unnatural homogeneity of religious practice and belief across vast swaths of the globe. [/pullquote]

The mid to late 1800s saw the rise of crass mercantilism, industrialization and a brutal form of capitalism as exemplified by the Opium Wars carried out by the British in China. We also see an example of this in the Westernization of Japan. The British in fact built Japan into a modern state in order to keep Russia on the defensive. Japan’s eventual ‘betrayal’ of the British led to WW II and thus the Western powers were finally able to impose their will upon Japan.

Meanwhile preparations were made for a final blow against China and its diverse expressions of cultural pluralism and spirituality. The betrayal of Chinese Nationalism found its culmination with the rise of Mao tse Tung. Guided and trained by Western agents such as Rewi Alley, Sidney Rittenberg, Frank Coe and Sydney Shapiro, Mao applied a brutal form of Communism that destroyed hundreds of ancient sites, massacred millions of people and basically sterilized China of its natural multiplicity of religion and culture. Thus China, one of the world’s most ancient ongoing civilizations, itself became an aggressive homogeneous power as it enforced Western originated Communism throughout China, from Tibet to Manchuria. As a primary source of opium and gems Burma was quickly put under the control of communist dictators soon after being granted its freedom from the British.

As for Sub-Saharan Africa, waves of European colonization, Christian and Islamic conversion combined with brutal dictatorships and capitalism (Belgian Congo etc) genocides (Rwanda) led to the near-extinction of African traditionalist religion. The British in fact waged a merciless war against the Benin people (1897) in order to control the palm oil market. After exaggerating the presence of an obscure human sacrificing sect in the region the British were able to move in, massacre hundreds and thus increase its Empire which is in effect today’s nation of Nigeria.

By the 1960s only India, Thailand, Laos, Cambodia and Vietnam remained as they had ever been in terms of indigenous religion and practices. Thailand’s cultural identity has remained yet as a result of the wars that began in neighboring regions the country soon became a victim of consumerist based systems focusing on tourism. This often involved sex tourism that depends upon the financial misfortunes of the native people. Be it as it may the impact upon Thailand’s culture is undeniable.

Cambodia, Laos and Vietnam were also overwhelmed by Communism and war. Cambodia in fact experienced one of the world’s more brutal genocides in which millions died. The Khmer Rouge forces publicly stated their goals of removing ‘superstitions’ and ‘intellectuals’ from society as their raison d’etre. In this way many ancient sites and traditions were brutally attacked and repressed. The overall situation traumatized the entire nation and its people. Thus the ancient pulse of Cambodian spirituality has been practically extinguished. In Vietnam Communism and war led to a similar disconnect with the ancient traditions and practices. Only now have some people like the Cham Hindus begun to rediscover and restore their ancient heritage.

Thus here we are today in 2015 and it is only India and India alone that has been able to hold onto its ancient religious and spiritual traditions and ethos. As it once was in that ancient home of diverse languages, religious outlooks and cultures the Americas, it is today in India.

To this very day as one travels India it is obvious that the ancient diversity continues. One may go to Puri and see Jagannath or to Tirupati to see Venkateshwar. Yet regardless of the clear differences in language, custom, worship and dress we know we are seeing the same God and religion being practiced. And we know we are seeing another expression of that same religion whenever we visit a Shiva or Durga temple as well. Though people may disagree philosophically, and they commonly have, religious differences were always debated but never oppressed or violated.

We all know that the various expressions of Hinduism are not exactly the same yet we also know they are all members of the same civilization that share a common core. It is only in India that such a diversity in oneness has not only remained but continues to flourish to this very day. And this is a primary reason India is such a target for cultural disruption today.

Meanwhile within the rest of the world the ancient traditions barely remain like fading embers buried and smothered in the raging fires of history. Yes we can still find some Mayan people or Yezidis in Iraq, there indeed remain some African traditionalists and Chinese Buddhists. Yet all of these ancient cultures and people have become the survivors of the ancient legacies they represent. In terms of population the traditionalists often represent the smallest percentile wherever they are found. Thus they struggle to maintain their own communities surrounded by the descendants of their conquerors in terms of both race, ideology and religion.

India alone has not only survived but thrived. India’s indigenous cultures be they Hindu, Buddhist, Jain, Sikh or tribal remain vibrant. After hundreds of years of foreign domination and oppression India’s Hindus remain as the most populous and politically empowered native group in the entire world. After much struggle Native India finally sits at the helm of government and can thus decide effective policies that will empower instead of undermine the people and their traditional and natural spirituality and ecologically harmonious lifestyles.

While India has no doubt been traumatized and is continually confronted by the machinations of inimical forces Hinduism remains strong. As in India the Hindus work towards the upliftment and restoration of various ethnic and tribal religions and culture, as seen in the work of the Vanvasi Kalyan Ashram (VKA), it is obvious that there is no conversion or usurpation of leadership by the Hindus. Rather acting in the role of guide and a source of counsel the Hindus are continuing in the path of ancient humanity.

Now in our globalized world there is a true and historic opportunity available to the Hindu community to bring this same empowering and healing touch to the remaining and surviving indigenous traditional groups around the world. Though under severe attack the Hindus are currently strong and capable. It is imperative that the Hindus leverage this strength in order to develop a cohesive alliance among the remaining traditionalists of the world.

We saw a recent example of this during the 2014 Yezidi crisis experienced in Iraq. The entire world basically ignored their plight only mentioning them when expedient. Yet it was the Hindus that stepped up to the plate and added their voice to the Yezidi cause. Soon a Yezidi-Hindu coalition developed as Sri Sri Ravi Shankar visited Iraq followed up by a Yezidi delegation to India for the ICCS conference. Now an authentic alliance exists between these two ancient communities.The long term results have yet to be seen but prospects look authentically promising.

The work of the ICCS, an organization dedicated to the unity of the ancient cultures of the world, is at the forefront of empowering diverse communities globally. By expanding these efforts it is quite possible to restore, revive, enhance and empower the ancient diversity of the world. Yet this can only occur once these ancient traditions unite in common cause, dedicated to plurality and diversity.

[pullquote]After hundreds of years of foreign domination and oppression India’s Hindus remain as the most populous and politically empowered native group in the entire world. [/pullquote]

Among all these ancient and diverse cultures it is only Hindu India that has the numbers and has preserved the know-how to do this. Thus it is imperative that the Hindus recognize their role as guides and advocates of the world’s remaining ancient traditionalists without regard towards the Hinduness or not of these other cultures.

If they share our common Dharmic outlooks of live and let live, non-conversion and respect for our differences, then they are our natural allies. And because it is the Hindus alone that have maintained their cohesiveness, it is Hindus alone that can manage the burden of leadership required in order to turn back the impact of the last two millenniums of conversion, cultural sterilization and genocidal oppression.