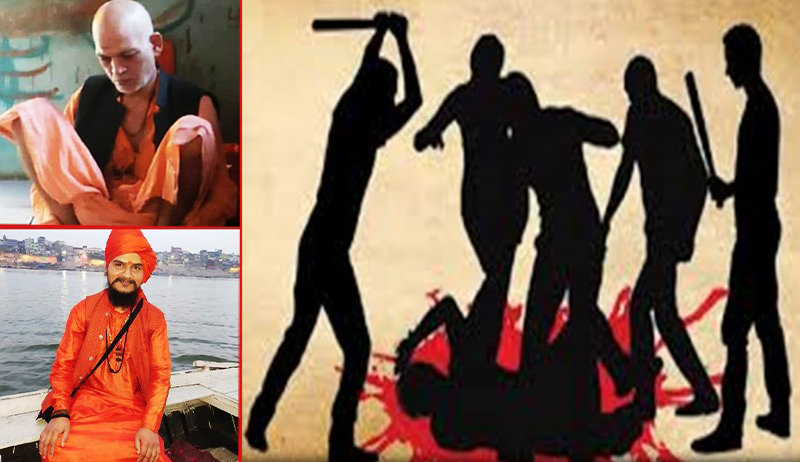 Palghar was not just a lynching, it was the culmination of several years of narrative-setting and normalization of hate. This article examines three broad themes that are pertinent to this gory incident – viewed individually they appear disparate but when threaded together they present a picture of the “Why” not just the “What” and “How” of this ghastly incident.

The role of the Police

Palghar is a town located in the Konkan regional division of Maharashtra, approximately 87 kilometres north of Mumbai and about 24 kilometres west of the Mumbai-Ahmedabad National Highway.

While everyone has been talking about the “Palghar lynchings” and even hash-tagging it on social media, the brutal lynching itself actually occurred in Gadchinchale village of Dahanu Taluka located in Palghar district, about 140 kilometres north of Mumbai. This distinction is important, and we will see why.

As per the 2011 census, the village of Gadchinchale has approximately 248 households and a population of 1,208 (572 Males and 636 Females) out of which 248 were children below the age of 6 (119 Males and 129 Females) – this would mean that going by the 2011 figures, we arrive at about 453 adult males. Even if we assume that the population, doubled or tripled, it still flies in the face of what the now suspended policeman has claimed – that it was a 2,500-strong mob against 35 cops and the cops were overwhelmed, unless there was a huge influx of people from nearby villages, which he alludes to but is not substantiated by the evidence at hand. The police department itself has however maintained that the mob was around 450-strong – this seems closer to the truth on the basis of the following:

In another video that has emerged (Video-1 below), one can clearly see at least two of the victims, one of the Sadhus and perhaps the driver cowering in fear as they sit on the ground close to their badly damaged and toppled vehicle. A circle of cops seems to have formed a “protective” ring around the victims and one of the cops appears to be directing the others. The cops then seem to be leading the two men (victims) into an enclosure even as the mob screams but seems to be holding back

Then as we reconstruct the chronology of events, we can see one of the Sadhus clinging desperately to a policeman’s arm even as he is led out to the baying crowd. Again, it is just one policeman who leads the elderly and frail Sadhu from within the enclosure, just one policeman, not a posse, so clearly he did not have any fear of being lynched by the mob did he? The look of betrayal and fear of imminent death in the eyes of the sadhu are a dead giveaway that he was led out perhaps on a false assurance and then pushed into the mob just as a lamb for slaughter. Even as the video rolls, one can see the other Sadhu reach out to one of the policemen who proceeds to shake him off and the poor Sadhu is swallowed by the mob even as he falls under a hail of lathis, fists, stones, bricks, and feet.

None of the claims made by the suspended policeman or the police department adds up. Several questions remain unanswered:

Clearly, the police has much to answer for as far as this incident is concerned. Forget police reforms and policy changes (which are urgent requirements by the way), the need of the hour is an immediate re-orientation of the fundamentals of policing, discharge of police-duties, and maintenance of law & order.

The role of the media

At one time, we were told that the media is the fourth pillar of democracy and people like me actually believed this completely. In fact, if not for online platforms, blogs, and social media people like me would never be heard. Social media in that sense is a boon for people like us and a bane for the mainstream media (MSM) that had a free pass all along.

And, while talking about not being heard, it is pertinent to note that it took over 3,00,000 (that’s right three lakh tweets) flooding social media about an incident as brutal as this for the so called MSM to wake up and take notice. Till such time the news was banished to the insignificant corners of newspapers, buried under the mountain of what passes of as “News” and “Views” today.

For close to 48 hours, it was only the Social Media and the regional press that reported on this incident and it was the sheer volume of tweets and posts that made the state government wake up, take notice and issue a peremptory statement of how the law would take its course and no one should “communalize” the issue – no one was, all that the people were asking, was for the government to take notice and take action.

However, selective reporting, and even fake news is nowadays almost a given. As the Supreme Court lawyer Sai Deepak pointed out in this twitter-storm of a thread:

Selective outrage and complete silence of a section of the media is a given when it comes to injustice perpetrated on Hindus and there is really no use belabouring this point.

The fact remains, that despite the mushrooming of several Indic and so called right-wing platforms none of them has still been able to break through the vice-like grip of the left-dominated Indian media ecosystem and their heft and ability to influence policy remains weak – the blame for this of course lies squarely at the door of the present dispensation which has failed to either set the narrative or support those who can – and this remains a singular and glaring failure of the last seven years.

Unless and until, the need for a powerful cultural narrative is recognized as the only means to cultivate emotional connections and shape & control the stories within the cultural landscape, genuine power will continue to elude this dispensation at the centre. You could be perpetually in government but never ever in power – because politics is always downstream from culture.

The mainstreaming and normalization of saffron hate

The colour saffron is integral to Bharat – a symbol of courage and sacrifice. It is also the colour of the Sanyasis – people who were once revered in this country but now looked upon as thieves, child-snatchers, and organ-harvesters – figures of hate. This narrative-setting has gone on for a long time and continues unabated. It started with the British and then was institutionalized as state policy under free India – maybe not de jure but definitely de facto.

Read these snippets: “Inside the ashram, the boys sweated at cricket and football, cracked science and mathematics chasing golden careers, and meditated to the aroma of flowers. Inside incense-drugged prayer halls, they prayed to three deities: The Happy Bearded One, the Great Saffron One, and the Melting Mother.”

“Presiding over the event that honoured him, the chief monk of the order told an audience of eager students that this leader had once aspired to be a monk – a Yogi, in the tradition of this Great Saffron Order. He did not become a Yogi, not in the same sense he wanted. The failure, in the end, led him to become the most powerful statesman in India today. But his respect for the Great Saffron One burns just as bright as it did then.”

This is from an article (A New Brotherhood: Two Hues of India’s Saffron) published a couple of months ago in Outlook Magazine. Most readers of the above snippets would have made the connect as to who the author is referring to. For those who have been unable to make the connect, the ashram referred to is the Ramakrishna Ashram, the happy bearded one is Sri Ramakrishna, the great saffron one is Swami Vivekananda, and the melting mother is Shri Sharada Devi – this is the level of disdain that has become mainstream and that too for an institution that by all counts is perhaps the most secular religious institution in Bharat. Also, see how the connect is made between the present Prime Minister, the colour saffron, and the order of Sanyasis.

Another article published less than a year ago has this as its title: “CWC resolves to defeat saffron ideology of ‘fascism, hatred, divisiveness” However, nowhere in the copy does the word “saffron” occur. Instead the word saffron is substituted with RSS/BJP: “…the Congress on Tuesday held a meeting of its highest decision-making body, Congress Working Committee (CWC) here in which the party resolved to defeat the “RSS and BJPs ideology of fascism, hatred, anger and divisiveness” The subliminal messaging and the connect attempted is clear enough – RSS = BJP = Saffron = fascism/hatred/divisiveness.

That a clear attempt is being consistently made to equate saffron with Hindus and as a corollary with terror was pointed out in an article that appeared in the Terrorism Monitor under the head: “Saffron Scare: al-Qaeda‘s Propaganda War in India” The article has the following passage which again highlights the agenda of the vested interests and how mainstreaming of saffron terror occurs:

“Al-Qaeda in the Indian Subcontinent (AQIS) has since sought to augment this with a series of videos released at the end of last year that purport to depict anti-Muslim policies and atrocities committed by Hindu right wing groups, as well as the ruling Bharatiya Janata Party (BJP). The films all employ the phrase “saffron terror,” an allusion to violent Hindu nationalism”

And there is no end to the continuous vilification of the saffron hue and the attempt to connect it to terror, fascism and hatred. The NEW YORKER did a hit-piece here and The New York Times here. Closer home, the Congress party released a series of videos titled – “Saffron Hatred”

None of this, has received any institutional response from the government of the day worth its name precisely because of the lack of a “narrative” compounded by the utter lack of an understanding what constitutes a “narrative.” Talking-heads” on television debates, and troll-armies on social media do not constitute narrative-setting – they are at best foot soldiers who will be trampled under the feet of the entrenched drivers of agenda and narrative.

When the three themes discussed above are threaded together, what emerges is the metaphor of what led to the Gadchinchale-Palghar lynching. The saffron-hue is symbolic of fascism, hate, and terror and those that wear it could well be thieves, child-snatchers or organ-harvesters and therefore they deserve what they got and because they got what they deserved, why make a song-dance about it – the news could be relegated to the hidden corners of newspapers and if no one really bothers about the death of a few saffron-clad sadhus, why should the police worry about any backlash?

And by-the-way the third person who also was killed was the driver – but surely he was only collateral damage? This is the “WHY” of what happened at Gadchinchale-Palghar