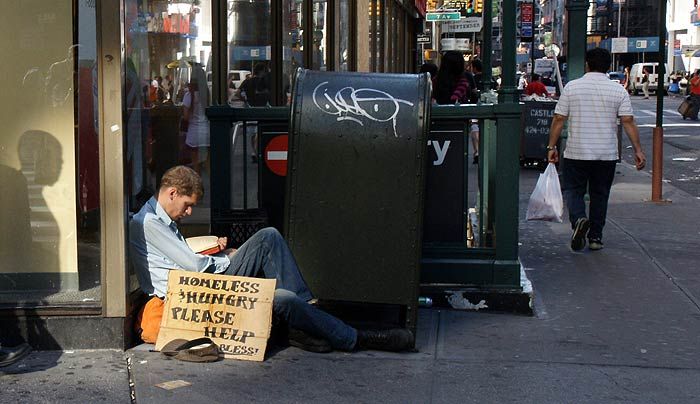 India is among the 45 countries that have “serious levels of hunger”, says the 2019 Global Hunger Index (GHI). Of the 117 countries surveyed India is ranked 102, apparently being worse off than Bangladesh. (1)

Any study, survey or report prepared in the West must be taken with a dollop of salt. The reason is there’s always an agenda – the West views the rest of the world through Judeo-Christian tinted glasses. The default setting for India is that anything and everything in the country is going horribly wrong and therefore must be uprooted and replaced by Western analogues. This was the template during colonial rule when the British destroyed India’s thriving education system and replaced it with an unsuitable – and inferior – English syllabus. (2) The mindset in the West hasn’t changed a bit.

On the face of it, one can’t find fault with the GHI study. India is a massive country and there are bound to be pockets of hunger across the land. But it is curious that the GHI, which is in its 13th year, did not study the prevalence of hunger in the OECD. Countries like the US and UK, with high rates of child poverty and hunger have been totally left out. It seems counterintuitive but it is a fact that there is chronic hunger in wealthy counties.

In the US, for instance, there are close to 50 million Americans for whom hunger is an everyday reality. I first came across this phenomenon in 2009 in an article published by Feeding America, America’s leading domestic hunger-relief charity. The number seemed so incredibly large that I emailed Ross Fraser of Feeding America, who replied: “The numbers are provided by the US Department of Agriculture.”

Ten years later, despite a massive increase in America’s GDP, without an inordinate increase in the nation’s population, the number of chronically hungry Americans has not fallen. Feeding America alone feeds over 46 million Americans.

Here are some case studies of Americans who are faced with the reality of hunger in the world’s wealthiest country. (3)

America may be the land of the free, but it is also the land of the hungry. According to the report Billionaire Bonanza, published by the Institute for Policy Studies, the US is becoming “a hereditary aristocracy of wealth and power” where a significant percentage of households “have no savings at all or owe more than they own,” making them residents of an “Underwater Nation”. (4)

Even mainstream institutions like the International Monetary Fund have acknowledged that such vast disparities of wealth and income are not sustainable, politically or economically. But successive American administrations – with the help of Congress – are making these disparities worse by slashing taxes for the wealthy while gutting programmes that primarily benefit low-income and middle class Americans.

Canada’s Globe & Mail newspaper wonders if Britain’s current condition is a window into the West’s future. It says that “intergenerational poverty, rare in most countries today, has become a factor in a notable British subculture”. (5)

In Britain today, there are 70 applicants for every vacancy. In a country where connections matter, it is the kids who are not well connected who hurt must. Upper class parents, with their alma mater contacts, can more easily get jobs and internships for their children.

According to a Wall Street Journal report, 20 per cent of the UK’s population lives in poverty. Sweeping budget cuts have consigned millions to the developmental netherworld. As grants dry up, accident and emergency services, maternity units, public libraries and swimming pools have started closing, the disabled population is being asked to fend for itself, and cuts to housing are forcing thousands to sleep on park benches and pavements. A third of charities are likely to shut down, leaving the poor without a cushion. (7)

It gets worse. The Guardian’s Breadline Britain series notes the combination of soaring living costs (particularly food and childcare), welfare cuts, and charges for previously free services (such as homework clubs) have put Britons under immense, and in some cases, almost intolerable pressure. People affected include the low-income mum who ate once a day and never on Saturdays to ensure her kids get a decent meal, for example; and the indignity of “just coping” – more than one interviewee reported “people fighting for the discounted vegetables” in the supermarket. (8)

Hope is a long way off to offer any comfort. The Office of Budget Responsibility, Britain’s treasury watchdog, says austerity measures will have to continue for the next 50 years to avoid a financial time bomb. Let’s hear that again – 50 years of budget cuts.

The GHI is a peer-reviewed annual report, jointly published by Ireland’s Concern Worldwide and Germany’s Welthungerhilfe. Ireland is a strongly Catholic country, where an Indian woman, Savita Halappanavar, died after being denied an abortion at a hospital. At the inquest, her husband Praveen Halappanavar said that Savita had severe back pain and was miscarrying but the doctor, Katherine Astbury, had told him that a termination could not be performed because “this is a Catholic country”. (9)

In Germany, anyone who was baptised as a child is automatically a member of the church and obliged to pay the Church Tax – 8-9 per cent of their income – regardless of their beliefs or whether they attend church services. This is a practice that dates back to the medieval era. (10)

While it is true that Westerners are in general progressive and are turning away from the church, when it comes to Hindus and other non Abrahamics, their world view is stuck in the 2,000 year old religion of goatherds and shepherds.

Concern Worldwide was founded by John and Kay O’Loughlin-Kennedy in 1968. John’s brother, Raymond Kennedy, a Holy Ghost Priest (yes, that’s exactly his title), had returned to Ireland from Nigeria during the civil war over the breakaway province of Biafra. Concern Worldwide’s website says it has operated “secret flights” into sovereign countries. (11)

When white men growl, how can you expect their sepoys and useful idiots in India to not yelp? Kerala Finance Minister Thomas Isaac tweeted: “2019 Global Hunger Index is out. India further slips down in rank to 102. The slide started with PM Modi’s ascension. In 2014 India was ranked 55. In 2017 it slipped to 100 and in now to the levels of Niger and Sierra Leone. The majority of worlds hungry now resides in India.” (12)

In a related tweet, former Karnataka chief minister and Congress leader Siddaramaiah echoed similar sentiments: “According to 2019 Global Hunger Index, India has slipped to 102 out of 117 countries. The report says that India has ‘Serious’ hunger levels & yet many believe ‘Acche Din Aayega’. The question is when? Is it when all, except the Cronies, die of hunger?” (13)

Why don’t they mind their own business?

Despite the millions of poor and hungry people in America, Britain and other places, these countries, especially their churches, continue to pour billions of dollars into developing countries every year.

Take New Zealand, where 40,000 Kiwi children go hungry. In the backdrop of a crumbling social security system, New Zealand churches continue to despatch Christian missionaries to India. Even as the number of buskers and beggars in New Zealand increases, the average Kiwi will lament about poverty in India.

In 2011, a starving six-year-old boy and his three siblings ate cockroaches to survive before being rescued by government workers. Shockingly, a New Zealand bug expert, Ruud Kleinpaste, commented that the boy made a good choice in dire circumstances, and “had opted for an insect with one of the highest nutritional values”.

“Eating a cockroach is not necessarily disgusting at all,” he said. “Well, some people might think it’s disgusting, but from a health point of view, they have a gland on their back that gives them pure antibiotics, anti-bacterial stuff, so they’re not as dirty as people think.” (15)

Clearly, well-off Westerners do not care about the less fortunate people in their countries. If they are so callously prepared to let their own citizens die of hunger and malnutrition, while wanting to “save” Indians, there can be only one possible explanation: they haven’t given up their dreams of global domination and hope to achieve this by converting India’s Hindu population to Christianity. They know very well that once the West converts all Indians to Christianity, they have full mind control over 1.3 billion people who would otherwise become a future superpower.

So the next time World Vision, USAID or a similar western ‘charity’ asks you for a donation, tell them to first feed the millions starving in the West. Charity, they should know, begins at home.