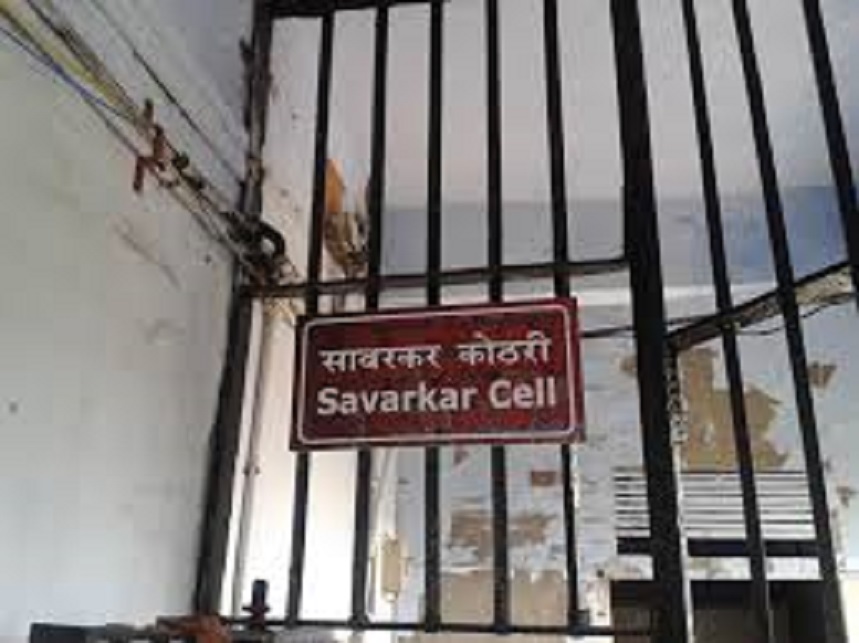 Senior patriots like Shyamji Krishnaverma, Madam Cama and Bipin Chandra Pal were full of praises for Savarkar’s leadership of the Abhinav Bharat. Even Krishnaverma’s non-Indian coworkers like Guy Aldred, Hugh Swinney and David Garnett were impressed with Savarkar. The writings of these Englishmen, most of which still survive in British archives show how they were captivated by Savarkar’s far-reaching fervor to free India. While studying in England Vinayak made time to visit Paris and Marseilles where one of his heroes Mazzini had taken asylum. This is how he described his trip:

…Marseilles had another attraction for me. My hero of Italian freedom struggle, Mazzini (1805-72), when deposed, came to Marseilles to seek refuge. He had no friends or acquaintances, no food, no shelter. Still he was undeterred and founded his secret society Young Italy. Later, Austrian authorities in Italy sentenced Mazzini to death in absentia, but it could not be carried out in France. So Mazzini stayed in Marseilles. ….. Therefore the city was of great reverence to me. I went to the city with a tourist guide. He showed me buildings of local importance, gardens, ancient remains etc. I asked him to show me the house where the great Italian freedom fighter once lived. He was perplexed and replied, “I know the city well, but I have never heard of Mazzini. I can make enquiries if you have any address.” I said to myself, ‘after all, this man is merely making a living. How would he know the detailed history?’ …I laughed and said to myself, “ when Mazzini came to Marseilles some sixty or seventy years ago, hardly a single Frenchman knew him. Today hundreds of passengers from many nations are coming here. No one is bothered about me – an Indian revolutionary. Similarly, when a few Italian revolutionaries were once  wandering the streets of this town the Frenchmen hardly bothered. When Mazzini founded his secret society here, the position and strength of that society was no different to our Abhinav Bharat. The French could not care less about the fate of Italy. Mazzini became famous only in later years and after he had left Marseilles. It was but natural that the French kept no record of stay or movements of Mazzini in Marseilles. In any case, Mazzini was a destitute. He had no fixed abode. How could my guide know where Mazzini lived?’ My guide took me through what I presume to be the old city. It bore striking resemblance to lanes of my hometown Nasik in India. It was surprising that both towns had streets of cobbles, firmly set in just as they were some two hundred years ago. By the time I returned from my guided tour, it was nearly time for the train to England. I, along with other Indians, sat in our compartments and as the train started to move, I saluted the great city of Marseilles.

But it was not just visiting the city associated with his icon that Savarkar did. Although Savarkar went to study law in England, he outright refused to take the oath of a Barrister even after passing the exams since he didn’t concede the Crown’s hegemony over India. He also helped Madam Cama in her design of the first Flag of Free India which was unfurled at the Global Socialist Conference in Stuttgart (1907).

On 1 July 1909, Madanlal Dhingra one of Savarkar’s close comrades, shot Sir Curzon Wylie, which led to his arrest and execution on 13 March  1910. After Dhingra’s execution Savarkar moved between Brighton and Paris. This was also the time when the rebel in Savarkar was also accompanied by the litterateur in him as suggested in this piece:

One of Savarkar’s songs, known to almost all Maharashtrians, is “Saagarapraantalamala” (My heart is tormented, O Ocean), written after his close associate Madan Lal Dhingra was sent to the gallows in London. The British police were keenly shadowing Savarkar, aware of his friendship with Dhingra. Dhingra’s martyrdom and the subsequent repression by British authorities took its toll on Savarkar’s health. He went to Brighton, around 50 miles south of London, to recuperate his health and remained there for 10-12 days.  His associate Niranjan Pal would visit him to give him moral support. The two would frequently walk on the shores of Brighton.

On one such occasion, both of them were sitting on the seashore surrounded by dozens of mirthful English men and women.  In the midst of this mirth, Savarkar was immensely sad.  Sitting in front of the vast ocean, his mind was grieving at the thought of his beloved motherland.  Pal described that momentous occasion 29 years later in an article, “Reminiscences of Savarkar,” dated 27 May 1938 in The Mahratta, Pune.  Pal wrote, “Presently, he (Savarkar) commenced to hum a song.  He sang as he composed.  It was a Marathi song, describing the pitiable serfdom of India.  Forgetful of all else, Savarkar went on singing. ….

It was inside the camp of the very formidable foe that he described the 1857 revolt as the First War of Independence which was proscribed by the British officials before it even came out. But all these exploits ceased when Savarkar was accused of conspiring the murders of British officials in late 1910. What happened next has been described in this earlier piece:

While imprisoned Savarkar hatched his escape plan when he heard that the ship SS Morea deporting him back to India would go through Marseilles, where the French government could shelter him from the British law. So when the time came, Vinayak asked to use the restroom, and while there, unscrewed the porthole leaped into the sea,quickly swam to the docks and then ran for the streets before being caught by the Marseilles police. Regrettably since Savarkar didn’t speak French the cops handed him back to the British authorities, who deported him to India.

This incident caught the press’s attention and articles were written about him by Guy Aldred in The Herald, and his feats were covered by the French newspapers L’Humanite and Le Petit Provencial. Notable advocate and Karl Marx’s grandson Jean Longuet readily went to The Hague to question Vinayak’s arrest in France by Britain which became known as La Affaire Savarkar, which by far is the only case in Hague regarding an Indian insurgent. But the British legal system in Bombay made a ridicule of justice when Savarkar was put on trial with an empty jury and even while Longuet argued the case in The Hague, the court quickly passed the judgment of transportation for life in the Andamans (ill-advisedly The Hague ruled in Britain’s favor). He was sent to Port Blair prison in the Andamans in 1911 to start his 50 year sentence. Besides Longuet and other critics in Europe this decision was condemned by Russian writer Maxim Gorky.

And with that the adventures of this young prince of revolutionaries came to an end.