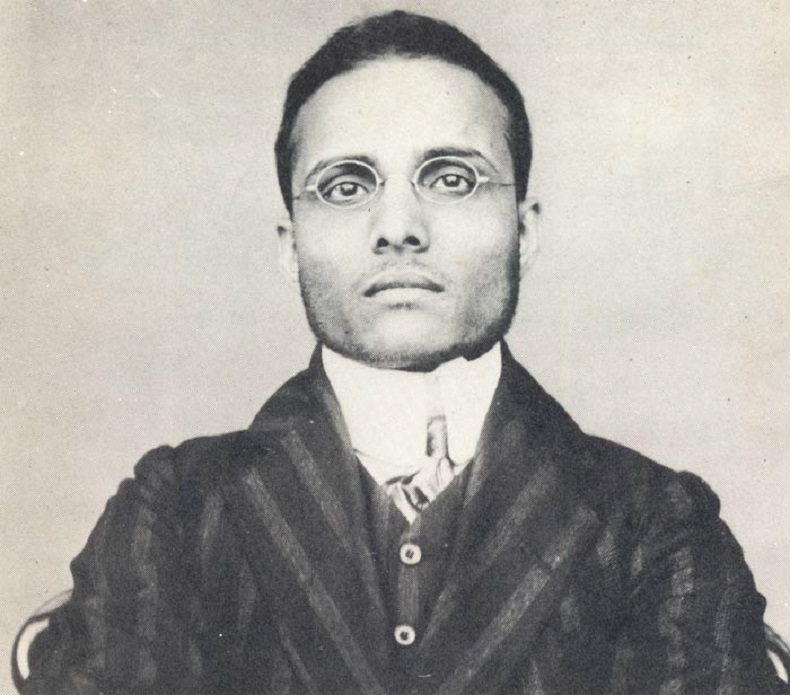 This is the first part of a series on Veer Savarkar, the unsung but largely derided hero of the Indian freedom struggle.

Back in 2006, I was very excited as well as fascinated by the action flick V for Vendetta. The protagonist of the movie is the vigilante going under the name of V. He would be seen fighting gallantly and daringly against a wicked autocratic administration that subjugated the United Kingdom and eliminated its opponents in concentration camps.  What made V look more daring was him fighting the hordes wearing a Guy Fawkes mask.

Following its release, V for Vendetta was viewed by many political groups as a metaphor of oppression by government. Also it revived the cult status of Guy Fawkes. As stated by the British graphic novel artist David Lloyd:

‘The Guy Fawkes mask has now become a common brand and a convenient placard to use in protest against tyranny – and I’m happy with people using it, it seems quite unique, an icon of popular culture being used this way.’

The movie made me wonder back then that why is it we do not portray our heroes in that manner? No, not as an anarchist; we have plenty portrayals of that nowadays. But a hero who is adventurous, daring and makes us feel proud of him while at the same time someone who can enthrall us with their daring exploits. The one freedom fighter portrayed in an adventurous manner was the Late Bhagat Singh, but was he the only one?

In the history of our nation’s freedom struggle we have one individual who defines the term “adventurous,” whose rebellious exploits made some of his peers call him ‘the prince of revolutionaries.’ That man is Vinayak Damodar Savarkar or as he is more popularly called, Veer Savarkar. But as we see, most of our historians always portray him as either an egomaniacal communalist or a larger-than-life patriot. What both images miss out is the other facets of his life, like his audacious exploits outside India, or his phase as a reformer in Ratnagiri. However, here I have chosen to delve a bit into the adventurous side of his life.

As one will know from reading his biography, after completing his BA examinations with splendid grades, Tilak referred Savarkar to the England-based nationalist scholar Shyamji Krishnaverma to help the young lad study law. As Savarkar sailed for London, the British authorities in India sent a file to their counterparts back home to keep a close eye on this young agitator.

With the files, an important letter was also sent on 14 June 1906, an extract of which is provided below:

…He was educated at the Fergusson College, Poona where he graduated. While in the college he attended a mass meeting of students under the presidency of N C Kelkar,( editor of Maratta ) who addressed the meeting, advising students to support the ” Swadeshi ” movement after which the meeting was thrown open for discussion. It was at this meeting that Savarkar first came under notice as a fiery and unbridled speaker. It is reported that at this meeting Savarkar urged his countrymen to dispose everything that is English, and to abstain from purchasing foreign goods. He suggested that all students should burn their clothes made of English & Foreign cloth on Dasara day at Lakdipool. For this breach of college discipline Savarkar was fined Rs 10. The fine was subscribed by the other students and handed over to Savarkar…..Since leaving college he has gone to Nasik, where he is taking a active part in the ” Swadeshi ” movement.…..Savarkar is apparently looked upon as Sine Qua Non by students, and recently he has been invited by them to establish in Poona a society for the political emancipation of India. Savarkar responded to the invitation and convened a meeting for the purpose at which he and others spoke. Savarkar wound up his address by dialling on the subject of youth and vigour, scoffed at the experience of old age, which he compared to faded flowers not fit for garlanding the goddess of nation, and thus led up to Shivaji and Ramdas and latter’s advice as given in a stanza of which the first three lines may be translated as follows, ” Collect many men, make their thoughts one, and fall together. ….

Upon his arrival in London, Savarkar found accommodation in Shyamji’s India House where he became amiable with the likes of Virendra Chatterji, Niranjan Pal, PM Bapat, MPT Acharya, and Lala Hardayal inducting all of them into Abhinav Bharat, a rebel group founded by Savarkar, who was inspired by Mazzini’s Young Italy. These young rebels were determined to ensure the end of British colonial rule in India. To see that their dreams become reality, they were involved in hatching complex plans and also went through strict physical training to have the stamina in the case of a showdown.

Besides training these rebels, Savarkar got them acquainted with the works of Herbert Spencer, August Comte, and Mazzini. Savarkar was interested to come to London for important reasons: first, to become familiar with the strengths of the British people that made it possible for them to rule over India as well as their weaknesses that could be used against them to achieve India’s freedom. Also important for Savarkar was to know like-minded rebels from outside Maharashtra, and it was in London under Shyamji’s guidance that such a congregation was possible.

Also it was in London that revolutionaries from other countries like Russia, China, Ireland, Turkey, Egypt and Iran took asylum. Many of them were knowledgeable in the art of making bombs which members of Abhinav Bharat were interested to learn. Also these rebels were helping Abhinav Bharat to smuggle pistols and ammunition into India.

To facilitate such familiarities, Savarkar started the tradition of organizing regular Sunday meetings to discuss various topics related to India’s future. Revolutionaries from other countries such as Egypt, Ireland, Russia, China and Turkey were also invited to share their views. The founder of Soviet Union Vladimir Lenin and Sinn Fein leader Eamon De Valera were known to have participated in such meetings.