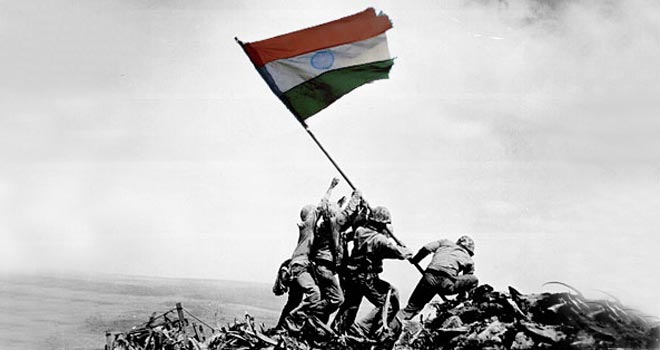 A public statement by concerned Indian historians, archaeologists and scholars of Indian civilization.

On 26 October, 53 Indian historians voiced alarm at what they perceived to be the country’s “highly vitiated atmosphere” and protested against attempts to impose “legislated history, a manufactured image of the past, glorifying certain aspects of it and denigrating others….” This was soon followed by an “Open letter from overseas historians and social scientists”, 176 of them, warning against, “a dangerously pervasive atmosphere of narrowness, intolerance and bigotry” and “a monolithic and flattened view of India’s history.”

Such closely-linked statements appearing with clockwork regularity in India and abroad—there have been several more from various “intellectual” circles—are a well-orchestrated campaign to create a bogeyman and cry wolf. They are neither intellectual nor academic in substance, but ideological and, much more so, political.

As historians, archaeologists and academics specializing in diverse aspects of Indian civilization, we wish to respond to these hypocritical attempts to claim the moral high ground. Many of the signatories of the above two statements by Indian and “overseas” historians have been part of a politico-ideological apparatus which, from the 1970s onward, has come to dominate most historical bodies in the country, including the Indian Council of Historical Research (ICHR), and imposed its blinkered view of Indian historiography on the whole academic discipline.

Anchored mainly in Marxist historiography and leftist ideology, with a few borrowings from postmodernism, the Annales School, Subaltern and other studies, this new School, which may be called “Leftist” for want of a better term, has become synonymous with a number of abusive and unscholarly practises; among them:

While we reject attempts to portray India’s past as a glorious and perfect golden age, we condemn the far more pernicious imposition by the Leftist School of a “legislated history”, which has presented an alienating and debilitating self-image to generations of Indian students, and promoted contempt for their civilizational heritage. The “values and traditions of plurality that India had always cherished in the past” are precisely those this School has never practised.We call for an unbiased and rigorous new historiography of India.

The above list was released on 17 November; on 18 November, three scholars had been contacted but could not send their answer in time owing to the flood situation in Chennai. We include them here for the record: