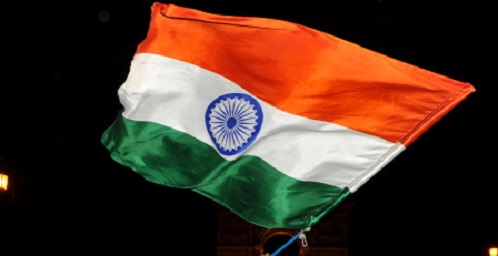 Editor’s Note: This is Part 1 of the transcript of a lecture given by Rajiv Malhotra in a seminar organized by Bharatiya Shikshan Mandal

This aspect is taught to every American child from a young age in schools. Also this is not about an individual exceptionalism. These children are taught that the system is such that exceptional people are produced one after the other.

So the system is exceptional, not some individual here and there. American exceptionalism is saying that American sanskriti itself is exceptional. Now this is a very great claim. So note that in US, both left wing as well as right wing, both of them agree that there is American exceptionalism. The Christian Right says it’s because of Bible, we are chosen people and America is a chosen land. In fact a famous statement by Jesus Christ was called “city upon a hill”. It means the ideal city is upon a hill, it shines for the whole world. So they have this idea from the Bible that there is a city on a hill. So for them, America is that city on a hill which has been narrated in the Bible. And then many Americans said that there is so much greenery, this is the Garden of Eden. In this way the idea of American exceptionalism is very deeply rooted in the Bible idea.

Now therefore the question is we have many ideologies – there is a right wing and there is a left wing. But we have to understand, we have to define – Bharatiya Exceptionalism.

We have to discuss this idea. It cannot be that only one group of people believes in it and others don’t. This is very important because in the USA this is common. Every student is taught, every businessman knows this, every diplomat projects it, every politician talks about it. Now this has a history and a philosophy. This idea of American Exceptionalism. And it is propagated through parades, big museums and flag.

The American flag is like a Devata. There are official procedures and rituals of the flag: how you fold the flag, how it has to be done. Very precise like we have agamas that (tell) how to do a pooja so this is American equivalent of agama for the flag. It is very amazing. National anthem.

Now it is sad in our country sometimes people don’t respect these things. But in USA this is considered a very normal duty of every citizen. That you respect these symbols. This gives them confidence. Now American exceptionalism includes many things which don’t make sense to many people – like right to carry guns.

Now one can say – what is this? Right to carry guns? After all we live in a civilized era. Why does citizen have to carry guns? But American Constitution gives you right to carry guns because when they originally came, the founding father needed guns, they were carrying guns, so this became a part of the myth of greatness, the myth of American Exceptionalism and so this is cherished as part of nationhood.

So whether it is logical or not is not the point. It is a kind of a shared myth, a shared kahaani. Now I find something similar when I visited all these places. I visited a place called Japan Foundation and spent long time researching, then I visited Korean Foundation I visited many Islamic organizations in US to see what are their narratives? How they propagate their narrative? Then Chinese have a place called China Institute, they have hundred branches all over the world. Now Chinese say that they are modernizing but not westernizing. Chinese are taught that modern China is based on Confucian thought. So China insists modernization is not westernization. Its Confucian modernity.

Now Church is studying India. Ford Foundation and many similar foundations study India. These foundations send money to NGOs. Now the latest trend is think tanks. Now American think-tanks have arrived in India. They have opened various branches. They also study India as per their drishti. So America uses its American Exceptionalism lens to study everybody.

Now if we want to reverse the gaze, suppose we want to do a Purvapaksha over China, over US, over various countries then we have to first understand what is our Drishti? What are our principles? We will do Purvapaksha according to our siddhant.

Now there was a time when the Indian narrative was Ramayan. Every village used to have Ram leela. When I was a teenager, 50 years ago, in Delhi, every year we used to do Ram leela. Everyone would join in and participate. So there would be bonding and socializing with neighbours. When we acted in Ram Leela, it becomes our story.

Now when we see Ramayan on TV, it was someone else’s story. So this separation happened. We started thinking of Ramayan as a story about “those” people whereas previously for 1000s years Ramayan was the story of each person.

I come to India 4 times a year at least for the last 45 years. So I meet all kinds of people. In one such meeting, I saw Ashis Nandy, the well known scholar, intellectual. We discussed about identity. He says I am Bengali first, second I am Christian and third I am scholar. India ki baat aati nahin. This is what he said. There is no India in this identity. And this business of Indian or Bharatiya is forced by chauvinists – that was his idea.

After the talk I asked him what is the Indian or Bharatiya grand narrative? They fell silent. I asked why should Indians keep together as a nation? What is the reason for staying together as a nation? There is so much diversity, what keeps India together? And then Ashis Nandy said – yes this should be thought over. It means that such an important scholar has not thought of this.

Now 2-3 years ago I was invited by Foreign Services Institute (Ministry of External Affairs) to give a talk. So I talked to a young batch of students that they have to represent brand India. So I was telling them this Bharatiya grand narrative, its qualities, how our narrative is different from other narratives. I was explaining the mathematics, the science, the philosophy, the yoga, the agriculture how these things were exported for a long time.

After my talk there was a Q & A. I could see that there were roughly two groups among participants. Half of them were very proud, very happy. They said that this is not taught to us. We should be taught this, where are the resources, books to do further reading. This is not taught in schools. I was happy. The other half were very angry at me. One of them said I am from North East and I don’t believe in this narrative. We have a separate narrative. Someone said, I am Dalit, and I have been oppressed. I was very upset how these people will represent India. They are going to be the brand managers, brand ambassadors and they themselves don’t believe in the product they are representing. So imagine if you are an industrialist and the people representing your brand, Vice-president marketing says I don’t even believe in this brand. So this is very strange that when people are selected in Foreign Service, there is no criterion of patriotism. Somebody can pass an exam, pass some subjects and get in. You also need to filter them for ideology.