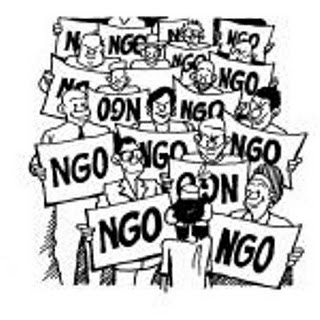 The Narendra Modi government’s campaign against non-governmental organizations (NGOs) is welcome, especially because the previous regime indulged them to the extent of blind appeasement. However, it would be better if the anti-development activists are confronted directly. They need to be exposed because of the poverty of the ideology they espouse and the negative impact of their activities the country has to suffer, and not because of the source of funding. Evoking the bugbear of ‘foreign hand,’ though it easily catches up popular imagination, can also prove to be a red herring.

We, the people of India, have been tutored and conditioned to fear foreigners and blame them for all our problems. For decades, the Congress government and its stooges in academia and media told us that we were poor because the Brits destroyed our economy, played havoc with our way of life, and ruthlessly exploited us. The good things our former imperial masters—Railways, modern systems, the rule of law, political and administrative unification—did were either ignored or downplayed. Everything bad was attributed to the ubiquitous foreign hand. It appears that the Modi regime seems to have taken a leaf out of the Congress’ book to slam NGOs.

For it diverts the attention away from the real problem: that NGOs and activists are doctrinaire in their approach. Their opposition is not to this or that project of some industrialist but private enterprise per se; their activities are against the interests of the not just capitalists but also workers, peasants, and tribals, notwithstanding their claims to being champions of the poor. The focus shifts to whether funding to NGOs by foreigners is good or bad, who were actual financiers, are there any pyramidal structures of financing involved as is the case in corporate finance, and so on.

This gives an excuse to NGOs to caution us against the ills of xenophobia, jingoism, etc. They also get an opportunity to pose as martyrs to the cause of egalitarianism. They have already started retaliating on these lines. “We have in our campaigns made enough stakeholders extremely uncomfortable. The nexus between industry and government is a well-known plot. For me, there is certainly a hint of some influence. It is common sense to believe that some people are really upset,” said Samit Aich, Executive Director, Greenpeace India.

Notice the line of argument: the emphasis is not on the content of allegations against them but on the character of the accuser—in this case, the government. Also notice the Marxist undertones: government is the handmaiden of capitalists in a ‘bourgeois democracy’—something that is normally known as liberal democracy.

Then there is disingenuousness. In an article in The Indian Express (June 16), Maja Daruwala and Venkatesh Nayak wrote: “It was civil society collectives like the Servants of India Society (founded by Gopal Krishna Gokhale), Dayanand Anglo-Vedic Education Society (founded by Lala Hansraj), the People’s Education Society (founded by B.R. Ambedkar) and the Mohammedan Anglo-Oriental College (founded by Syed Ahmed Khan) that fuelled the independence struggle and spread, beyond boundaries, the ideas of non-violence as a weapon against oppression. Today, NGOs, foreign-funded or otherwise, are deeply involved in the expansion of freedoms and improvements to quality of life. They implement huge government schemes, such as midday meal programmes, mobile health clinics and skills development for rural and urban youth.”

The disingenuousness pertains to comparing the incomparable: while the social and religious reform movements were led by patriots who wanted that people should prosper and the country should develop, contemporary activists (it is important to note that they are called ‘activists’ and not ‘reformers’) are doctrinaire fanatics who want to promote socialism at any cost—even if the cost includes jeopardizing development, aborting the creation of jobs, and perpetuating medieval modes of economic activity. The latter do everything to stall “improvements to quality of life.”

The concerns of the reformers of yore were heartfelt, to which they applied the faculties of mind; today’s campaigners, on the other hand, are clear in their minds about solutions for various problems, be it poverty or environmental degradation. The approach of earlier reformers was fact-based and reason-oriented, while that of 21st century radicals is ideology-based and sentimentalism-oriented. And, finally, earlier reformers focused on the inculcation of modern ideas like liberty and fairness, cultural and spiritual uplift of the individual, and improvement in society. The jholawallahs, on the other hand, depend heavily upon state action, whether in terms of entitlement schemes or legislation. In other words, comparing earlier reformers with contemporary activists is like comparing apples with oranges.

Even more preposterous is the suggestion that action against errant NGOs is tantamount to an assault on freedom. The Indian Express article grandly announced that they strive for “the expansion of freedoms.” Nothing could be farther from the truth, as they viciously attack anybody who dares to differ with them. The fact that most opinion makers are likeminded people adds an Orwellian dimension to public discourse.

While it is heartening that the Modi government has taken on NGOs, it would have been better if the action had been direct. Instead of leaking the IB report to the media, the authorities could have made an official statement; they could have listed the misdeeds of activists and spelt out action against the wayward NGOs. Besides, reason should be deployed to expose the hollowness of the NGOs’ “vision.” They should be shown what they are: visceral opponents of industrialization, development, technological advancement, and prosperity.

The focus on the foreign funding aspect of NGOs may divert the attention away from the real problem: that NGOs and activists are doctrinaire in their approach; their opposition is not to this or that project of some industrialist but private enterprise per se; their activities are against the interests of the not just capitalists but also workers, peasants, and tribals, notwithstanding their claims to being champions of the poor.

When the country comes to know about the true nature and objectives of NGOs, they would anyway become ineffectual.