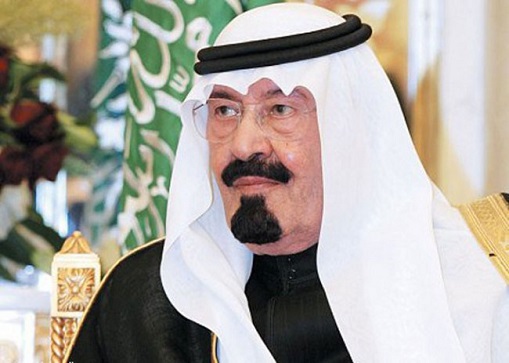 India will teach us the tolerance and gentleness of mature mind, understanding spirit and a unifying, pacifying love for all human beings. – Will Durant (1885-1981). American writer, historian, philosopher.

The first bit of news I got today through twitter was that Nawaz Sharif, the prime minister of the Islamic State of Pakistan had declared a day of national mourning and ordered the Pakistani flag to be flown at half-mast because the king of Saudi Arabia died. Typical, I said to myself. A beggar state like Pakistan has to acknowledge the debt it owes to its benefactor state. Pakistan gets life-support from the Saudis. And support for its death-dealing terrorism that it routinely directs at India. It has to kowtow, beg, grovel, bow and scrape before its masters. And as one would expect, now it has to ostentatiously beat its breast and loudly weep like a penniless widow. Self-respect is a luxury that beggars cannot afford. Too many Pakistanis are wannabe Arabs. I felt sorry for Pakistan and I admit that I gloated a little bit. It would never happen in India, I told myself.

Then to my horror I read on twitter that India too had declared a day of national mourning. That is when I realized the full shame of what India has been reduced to by its poverty. There’s material poverty of course but what’s worse is the poverty of principles, of morals and ethics. India is what is known as a “third world” country but that label is merely a recognition of its global alliances, not a value judgment of its intrinsic worth. But that India has become a “third rate” nation is a value judgement. India definitely appears to lack the courage of its convictions. It does not project moral or ethical leadership when it joins the likes of Pakistan in groveling before people who fund Islamic terrorism.

You were wrong, Mr Durant.

The Kingdom of Saudi Arabia is arguably an evil state. It funds global Islamic terrorism. It is particularly vicious in its hatred of Hindus, the idol worshiping kuffars. India is the most tragic victims of the Saudi funded terrorism. That terrorism is a direct consequence of the Saudi funding and promotion of Wahhabism, the fountainhead of global terrorism. Saudi funding of Islamic extremism in India is both direct through the funding of innumerable mosques, and indirect by funding Pakistani terrorists whose primary target is India, particularly the “kuffars.” These are well-established and well-known facts that only the severely deluded or the incorrigibly stupid can be ignorant of. The Modi-led NDA government of India cannot be excused for what it has done: declared a day of national mourning following the death of the king Abdullah of Saudi Arabia today Jan 23rd.

The Kingdom of Saudi Arabia is a tyrannical, repressive, regressive, intolerant, totalitarian, xenophobic and unspeakably cruel state. Its ruling Saudi family represents all those anti-human and anti-freedom values. Its ideology is as far from being enlightened as it is possible to be and still be in the contemporary world. Public beheadings and flogging is routine. Not the most egregious of its system of justice, the on-going flogging of blogger Raif Badawi is enough to turn the stomach of the most hardened cynic.

Badawi, 31, was sentenced last May to 10 years’ imprisonment and 1,000 lashes – 50 at a time over 20 weeks – and fined 1m Saudi riyals (£175,000). He has been held since mid-2012, and his Free Saudi Liberals website, established to encourage debate on religious and political matters in Saudi Arabia, is closed. He received his first 50 lashes on 9 January, but the punishment was not carried out a week later. [Source: The Guardian.]

The planned flogging of the second week was postponed because they had to behead a woman. A Burmese woman has been publicly beheaded in the holy city of Mecca, sparking condemnation of Saudi Arabia’s human rights record.

Laila Bint Abdul Muttalib Basim, who resided in Saudi Arabia, was dragged through the street and held down by four police officers as she was executed by sword on Monday (12 January). The woman had been convicted of the sexual abuse and murder of her seven-year-old step-daughter. She was struck three times with the sword as she protested her innocence screaming: “I did not kill. I did not kill.”

I am absolutely horrified by the unspeakable cruelty of the regime of the King of Saudi Arabia. Did I tell you that Saudi Arabia is a horror of a country? Let me repeat that. It follows sharia, the Islamic legal system which mandates beheading for these crimes:

And how are the beheadings carried out? The wikipedia on Public executions in Saudi Arabia

There are many different ways in which an execution may be carried out. The sentence for Apostacy, or the repentance of one’s faith, is a public beheading, while the sentence for Adultery is death by stoning…..A public beheading will typically take place around 9am. The convicted person is walked into the square and kneels in front of the executioner. The executioner uses a sword known as a sulthan to remove the condemned person’s head from his or her body at the neck. Sometimes it may take several strikes before victim is decapitated. After the criminal is pronounced dead, a loudspeaker announces the crimes committed by the beheaded alleged criminal and the process is complete. This is the most common method of execution in Saudi Arabia because it is specifically called for by Sharia Law. Professional executioners behead as many as ten people in a single day. The severed head is usually sewn back on, and sometimes put on crucifixes for public display. In 2011, an Indonesian maid’s dead body was hung from a helicopter for display.

Saudi Arabia funds mosques in India. You cannot even carry the non-Islamic sacred literature into Saudi Arabia, leave alone building any kind of non-Islamic place of worship. By all accounts, Saudi Arabia is a horrible place. And it is reflection of its totalitarian leaders.

I am appalled by PM Narendra Modi’s decision to declare a national day of mourning on King Abdullah’s death. That’s saying something since it takes quite a lot to get me riled up. Does not Modi know that Saudi Arabia must have sent tens of millions of dollars for actively campaigning against the BJP and in all probability (at least indirectly) funded Islamic terrorists to assassinate him? The man who died presided over an inhuman system. He was someone who should be shunned, not celebrated. And Shri Modi declares a day of national mourning for the death of a man who was India’s enemy? I would have expected this “mourning” from the spineless Dr Manmohan Singh.

India has been diminished, Indians have been diminished and Mr Modi hasn’t done well in this instance. Yes indeed a national day of mourning for India but not for the reasons of the death of a tyrant. Let us all weep tears of bitter pain for the country that is so diminished.

(This article first appeared on the author’s blog at http://www.deeshaa.org/ )