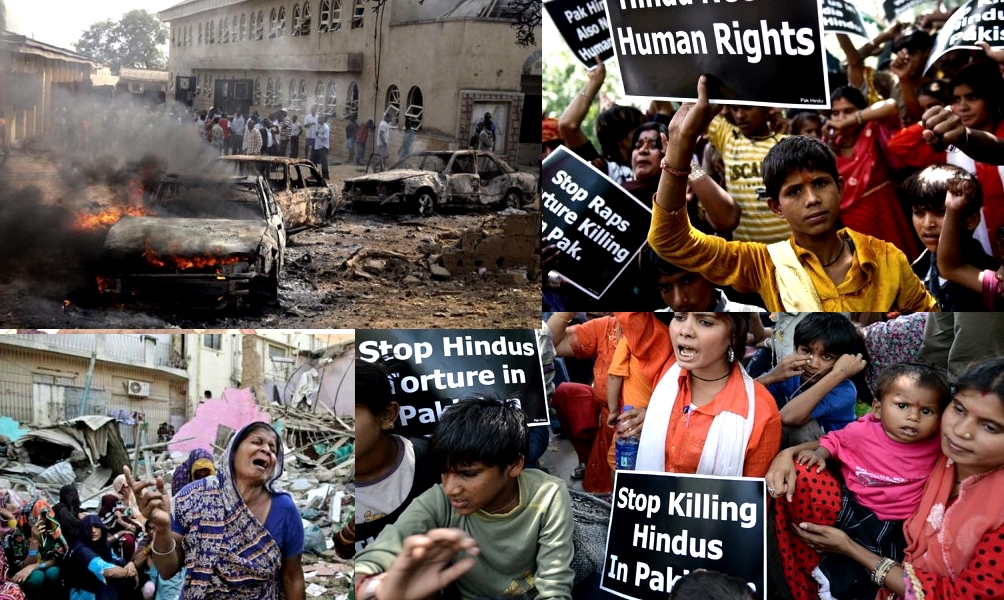 It is hard to describe a phenomenon where sustained ethnic cleansing of minorities takes place at regular intervals over a period of six-plus decades right next door and it goes ignored. This phenomenon is perhaps unique only to India. We’re talking about the systematic, sustained, and continuing ethnic cleansing, forced conversions, kidnappings, forced migration, torture and rape of Hindus in Pakistan. We’re also talking about how the Pakistan government has not only kept mum about this ongoing, horrific human rights abuses but also in many cases, been complicit in the said abuses. Even worse, we’re talking about the continuing apathy of successive Indian Governments–barring very rare honourable exceptions–to the plight of these persecuted Hindus even as the same Indian Governments continue to pamper the aggressive Muslim minority.

Before the 1947 partition, Hindus accounted for 26 per cent of the population in the land currently within the State of Pakistan. According to the 1998 Pakistan census, the total number of Hindus in Pakistan was less than 2.5 million.

However, numbers and statistics are just that. The real picture or at least the hint to understand the real picture emerges from real human beings. And so IndiaFacts commissioned a documentary with a view to bring out this real picture of the plight of Pakistani Hindus and the apathy and the politics surrounding the whole issue. The IndiaFacts team interviewed several Pakistani Hindus who have been forced to migrate to India and who currently live in dire conditions here.

Yet this real fact of tragic and cruel history which is also a contemporary reality rarely finds mention–if it is mentioned at all–on international forums, the UN, Amnesty International and other human rights organizations. These Hindus have been, to put it bluntly, thrown to the wolves.

And here are their stories. In their own words.

Evaluating the Islamic Genocide of Hindus