IndiaFacts Investigation: The Many Faces of Mission India – Part I 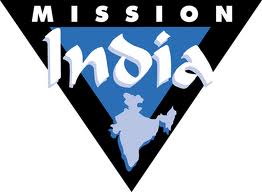 FCRA stands for Foreign Contributions Regulation Act, 2010. It governs the flow of foreign funds to Indian Organizations –to both Governmental and Non-Governmental Organizations (NGO). The annual fund flow into India via FCRA is around ₹ 11,500 Crore. Many donors are large evangelical charities (also called non-profits) located in the USA and Western Europe.

For an introduction to this topic and to study the fund flows to India over the last 17 years, head here.

Our earlier article on Gospel For Asia Inc, Texas (GFAI) exposed how GFAI, apart from sending money on its own name, also established 13 Limited Liability Companies in Texas and remits funds of around Rs. 270 Crore per annum to at least four of its subsidiaries in Pathanamthitta district of Kerala via FCRA. Of course, the standard academia, media and establishment discourse on this has so far been one of studied silence and wilful blindness lest GFAI and its Brother-in-alms1 (pun intended) cry Persecution.In this expose, we shall uncover a modus operandi which shares certain traits with GFAI but also has a lot of grey areas that makes it difficult to connect the dots.

Indeed, many of us may not even have heard of Mission India (MI), an Evangelical Organization located in Grand Rapids, Michigan. On its website and on its twitter handle, it routinely portrays India in poor light and derides Hinduism and its SampradAyas. Its Founder, Dave Stravers gives interviews which create a sense of gloom about India in the US, a picture that is in stark contrast to the reality of crores of ebullient Indians looking forward to a resurgent India.

It is unfortunate that Mission India is not only able to raise money within the US but is also ranked as a “Top-rated Non-Profit” in Great NonProfits, an Organization that monitors Charity Organizations in the US. However, what Better Business Bureau, another review organization, says about Mission India is very educative.2

To fulfil its mission for the religious conversion of Indian people, Mission India raises money in the US and remits it to its Indian operatives in Telangana. As is the practice carried out by other foreign Organizations profiled on IndiaFacts—that is, Gospel For Asia, and Operation Mobilisation, MI sends this money via the FCRA route. Not only does Mission India send money under its own name, it also sends money via an Organization called Advancing India. Advancing India is an “Assumed Name” (that is, an equivalent name) of Mission India, as described in the Michigan State Licensing and Regulatory Affairs (LARA) database.

So how much money does Mission India send? The following table contains the details. Clicking on the name of MI’s Indian Organization, will open the FC6 return filed by it with the FCRA Wing, Ministry of Home Affairs, Government of India.

Full address of these recipients and the complete list of Indian NGOs receiving funds from Mission India is available here.

Therefore, the total remittance from Mission India via FCRA (see here) was ₹ 30.87 Crore in 2011-2012. Out of this, Rs. 26.5 crore was remitted to Seva Bharat (SB) and Letha Charitable Trust (LCT). What is interesting is that both these NGOs are located on the same physical premises, namely, DTK Hospitality & Tours Pvt. Ltd., Ashirwad Global Learning Centre, Ranga Reddy District, Andhra Pradesh (currently Telangana). The following graph and text explains the funding that SB and LCT have been receiving each year.

Seva Bharat and Letha Charitable Trust are Indian NGOs. Despite receiving more than ₹ 27 Crore annually from Michigan, they have no websites, which is the norm for a huge majority of FCRA-NGOs.

The only way to understand how they operate is through the annual FC6 returns they file under FCRA. We have no idea as to who owns or runs them.

However, we can piece some information available in the public domain to identify individuals 3-10 who are associated (and are likely to be running) these two Organizations. These are: Rev. Dr. J. Chiranjeevi alias Chirie and Dr. Kamala Chiranjeevi. In fact, in a recent annual event of an evangelical TV channel held in Hyderabad (Telangana’s Chief Minister and Deputy Chief Minister were to attend), Rev. Dr. J. Chiranjeevi was introduced as the General Director of Seva Bharat and he appeared on the dais to a rousing reception11.

We do not have much information on what Seva Bharat and Letha Charitable Trust actually do. However, because Mission India-Michigan is their exclusive donor, we can assume that SB and LCT carry out tasks which Mission India proclaims on its website.

They (i) educate Children who, in turn, “share” the Good News at home (ii) provide literacy to adults through Bible-based lessons and (iii) train Indians on how to plant churches and provide material support for the same. On the last item, it may be instructive to read the requirements of an Indian NGO to gain the financial support—that is, become a franchisee of Mission India here. A blog report of Ms. Anne Marro from Atlanta says the requirements to be: (a) must be married (b) should baptise 200 people in a year (c) should “visit” 600 families in a year. Ms. Marro and a group of 19 other Americans were shown around the work of Mission India in India during January-February, 2013.

Note: In case Ms. Marro’s blog entry is taken down at a later date, IndiaFacts has saved a copy of her original report.

One photograph exists about Seva Bharat’s work in Khandamal, Odisha, which is reproduced below.

Dr. Kamala Chiranjeevi also goes on lecture tours to the US and speaks about the plight of women in India here (where she is listed as the Director of a Ministry of Mission India) and here12. Such tours are further used as “facts”, towards the generation of newer atrocity literature on Hinduism and/or India which ensures continuity of funds.

A question may arise if we closely study Table 1 above. Seva Bharat and Letha Charitable Trust, despite receiving several tens of crores of Rupees each year, are located within the premises of a Hospitality Company, which appears rather bizarre.We will unravel this mystery in Part-II of this IndiaFacts expose.

Mission India from Michigan pumps in several crores of Rupees to Indian NGOs each year for the express purpose of converting people to the Christian denomination it believes in. Specifically, it remits funds to two NGOs near Secunderabad—Seva Bharat and Letha Charitable Trust which are run by Rev. Dr. J. Chiranjeevi and Dr. Kamala Chiranjeevi.