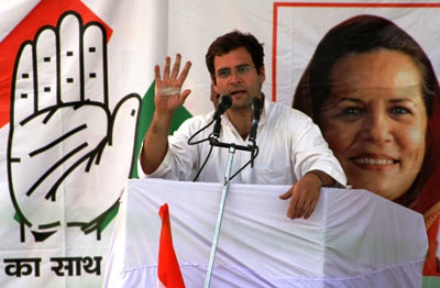 With the liberal-secular establishment busy trying to prove that the Modi factor was not at work in the recent state elections, a couple of facts have largely gone unnoticed. First, measures like populist schemes, caste calculus, and tokenism have run their course; the measures favored by conventional politicians have been resoundingly rejected by the voter in north and central India (The Congress did win in Mizoram, but it is numerically insignificant and is, therefore, cold comfort for the grand old party). Second, many of the divides—between the ‘two Indias,’ between India and Bharat, between city-dwellers and rural populace, between the educated and the uneducated, the digital divide, and so on—exist more in the minds of intellectuals than in the real world.

Rajasthan signifies the diminishing returns, if not demise, of populism. The Congress government under Ashok Gehlot left no stone unturned to woo the poor, minorities, Dalits, etc., by the old methods of welfare schemes, caste calculations, and clever ticket distribution (relatives of tainted ministers were made Congress candidates). But the result? The worst ever defeat of the grand old party, its tally dropping to just 21, a little more than one-tenth in the state Assembly.

Leela Maderna, wife of former state minister Mahipal Maderna, and Amri Devi, mother of legislator Malkhan Singh Bishnoi, lost from the constituencies that are known as traditional Congress strongholds. Since Maderna and Bishnoi are accused in the Bhanwari Devi rape-and-murder case, the former ruling party was of the opinion that the arrangement they had made would be efficacious, as the people in India anyway cast their vote. This was also the line of thinking that prevailed when it posted Hazarilal Nagar, brother of former minister Babulal Nagar who is also accused of a rape. Hazarilal also lost from Dudu.

“We did something for every section of society and made sure no one was left out… If we do not win despite giving good governance, we do not know what needs to be done. It is now a matter of introspection,” Gehlot candidly said at the time of submitting his resignation.

Introspection is what Sonia and Rahul Gandhi are also supposed to be doing; the question is how far this would go. Would it reach the premises and postulates of the entitlement-oriented ideology that they have been promoting vigorously in the last few years? If that happens, it would be good for the GOP as well as the country. Unfortunately, there are no signs that the Congress is rethinking its political philosophy. What seems more likely is that the Dynasty-led party would opt for a more efficient way to implement its discredited ideology.

The ideology has been resoundingly discredited by the electorate. Even the results in Chhattisgarh, where Raman Singh managed to scrape through, prove that the people expect more than freebies. Had it not been the hopelessly divided Congress in the state, Singh might have been ousted, his much-lauded food-grain disbursal schemes notwithstanding. For the voter wants governance, employment, and an environment conducive for development. Shivraj Singh Chauhan in Madhya Pradesh measured up to the expectations—and was duly rewarded.

Arvind Kejriwal was also rewarded, but for blasting the myth of divides. Whenever there are discussions on the popularity of Narendra Modi, angry bloggers, vituperative outbursts on the social media, and so on, our intellectuals overemphasize the difference between Net-savvy Indians and much more numerous people on the wrong side of the digital divide. The picture that we often get is of two sets of people: those who are active on Twitter, Facebook, etc., with an opinion on a variety of subjects but little propensity to vote; and those who belong to Bharat and are moved by the considerations of caste, community, and emotive issues rather than governance and development. The twain would never meet. Or so we were told.

The divide proved to be fictitious rather than real, and the virtual reality was found to have remarkable similarity with the real world. It is commonsense that inflation hurts the poor and the affluent alike, deterioration in law and order is a frightening prospect for all sections, governance is a concern of both townspeople and country folks, and development good for all. But then commonsense is not always common—certainly not among our intellectuals.

So, it is not surprising that experts and media pundits steadfastly refuse to acknowledge the obvious two facts. Their war against commonsense is unending.