ISI has a field day thanks to Vaidik and Times Now 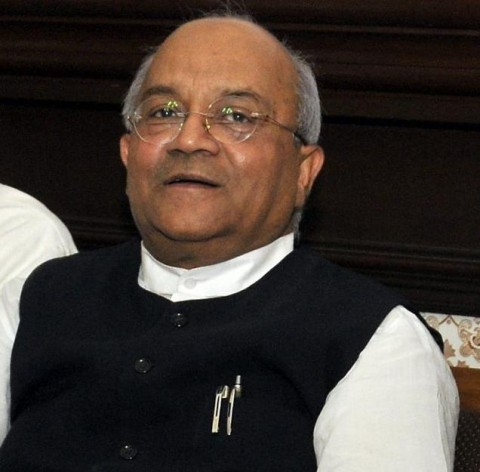 There is no doubt in anyone’s  mind that Ved Pratap Vaidik has made a fool of himself by walking into an extra-clever trap laid  for him by Pakistan’s ISI. In all probability, the trap was laid by extending to him an invitation through two  famously notorious Congress leaders, Mani Shankar Aiyar and Salman Khurshid, to join in one of the Pakistan-India bilateral conferences in Islamabad, organized by the Regional Peace Institute at Islamabad. During his questioning of Dr. Vaidik on Times Now, Arnab Goswami virtually drove the self-styled journalist to the wall and transformed him into a clueless argumentative Indian.

Frankly, the murky narrative of  the spectacularly dramatic operation staged by the sleuths and moles of the ISI does not end with the anti-national rants of Dr. Vaidik  and his  merry pow-vow with India’s enemy number one,  the notorious terrorist, Hafiz Saeed.

There is much more to it than meets the eye.

Manishankar Aiyar and his close friends in the ISI

It is a pity that the famed anchor, Arnab Goswami, did not try to dig deep into the mysterious functioning of  the Pakistan-nurtured Regional Peace Institute based in Pakistan.  For reading the tea leaves of  the  ISI’s nefarious plot, one has to understand that the  shadowy outfit called the Regional Peace Institute, which is partly funded by the Munich-based Hanns Seidel Foundation of Bavaria and partly by donations from Gulf countries reportedly working in cahoots with some  pro-Pakistani entities.

The 14-men delegation to the Conference was received at Wagah border by Kasuri himself.  The advocacy group has Sonia Gandhi’s  spin-master Mani Shankar Aiyar on its board of Governors.   He sits on the high table along with Salman Khurshid, Mehmood Kasuri and  two former chiefs of the ISI (i.e. former Directors General of Pakistan army), Assad Durrani and Ehsan–ul-Haq, both of whom had served the ISI with distinction.

Khurshid Mehmood Kasuri has been  a close confidante of General Mushraff and remained Pakistan’s Foreign Minister from 2002 to 2007.   He also happens to be a close friend of Mani Sankar Aiyar for many years  and both of them were together at Cambridge during the formative years of their education.

The former ISI chief, General Durrani has held many key posts, including the  instructorship at the officers’ academy and later at the Command and Staff College, Quetta, Director General of Military Intelligence, Director General of the powerful Inter-Services Intelligence, Inspector General Training and Evaluation at the General Headquarters and Commandant at the National Defence College, now a University. Because of his tactical mastery in strategy in managing difficult situations, he was nicknamed ‘Fire-Fox’ by his peers  in the ISI and among  higher  echelons of the  Pakistani army.

General Durrani has a strong German connection. First, he is a graduate from the military General Staff Academy  of Germany.  Second, Durrani has also been Pakistan’s military attaché  in  Germany from 1980 to 1984.  And the third, the opportunity for striking  deep roots in Germany came his way during 1994-1997  when  after retiring from the Army in 1993  he was appointed as Pakistan’s ambassador to Germany. His three assignments in Germany resulted in his dalliance with the Hanns Seidel Foundation of Bavaria.  Perhaps thereby hangs the tale of General Durrani’s  proximity to the Hanns Seidel Foundation, which was instrumental in financing  the ISI-dominated  shadowy outfit called the Regional Peace Institute.  This NGO was founded by him in the company of  the former Pakistani Foreign Minister, Khurshid Mehmood Kasuri, a lackey of General Mushraff   and his old Indian friend, Mani Shankar Aiyar of the Indian National Congress.

The second important dramatis personae planted in Kasuri’s NGO was  General Ehsan-ul-Haq, another favourite of Musharraf.   During the army coup in 1999, Maj Gen Ehsan was Director General of Military Intelligence (DGMI).  HE continued as Director General, Military Intelligence,  a post he continued till April 2001, when he was promoted as Lieutenant General and posted as the commander of Peshawar Corps .

After the military take over of Pakistan in 1999 in which General Pervez Musharraf  seized power, General Ehsan was given some of the most important posts in the Pakistan Army which included commanding the Army corps in the restive tribal region and Khyber Pakhtunkhwa. He also directed the ISI and was functioning as Chairman of the Joint Chiefs of Staff Committee  and as  Commander-in-chief of  Pakistan Armed Forces. Like Musharraf , General Ehsan-ul-haq  is a known  Hindu-hater and India-baiter.

On May 14 2001, Major General Ehsan was promoted  by Musharraf  to a three-star general and by October 2001 was given the command of Inter-Services Intelligence. This command changeover was part of a major reshuffle that took place after the events of 9/11, after Pakistan  joined hands with the United States in the War on Terror.

On completion of his  term as ISI chief in October 2004, General Ehsan was promoted to the rank of  a four-star general and made chairman of Pakistan’s  JCSC by Mushraff.  In the process, General Ehsan superseded seven senior generals among whom were Generals Hamid Javaid, Javed Hassan, Munir Hafiez, Ahsan Saleem Hyat, Tariq Waseem, , Muhammad Akram, Syed Parwez Shahid, among others. After his retirement  from military service on October 8, 2007,  he came to be  associated with the notorious Track-II diplomacy launched by the ISI.

The key point which Arnab Goswami missed while  interviewing  Dr. Vaidik  was the striking similarity between the modus operandi adopted  the pro-Kashmiri militants advocacy  group  launched by General Durrani and Khurshid Mehmood Kasuri  and  the working of  the  Kashmiri American Council headed by the Pakistan’s US-based  spy Dr. Ghulam Nabi Fai  who was arrested in July 2011 and subequently convicted in America.

According to the FBI, Dr Fai’s  espionage outfit KAC was receiving huge financial aid to the tune of  $300000–500000  per annum from the ISI.  The gratis largesse received from Pakistan was used by Dr. Fai for  inviting  the super-secularist  elite of India like  Justice Sachar, Kuldip Nayyar, Dilip Padgaonkar and others of their tribe  for promoting the cause of Kashmiri secessionists.

The modus operandi  of Dr. Fai  was fully comparable to the methods adoptd by Kasuri and his friend Mani Shankar Aiyar by offering free junkets to the pro-Pakistan chatterati of India. It is anybody’s guess how much secret funding of the Regional Peace Institute comes from the coffers of the ISI and how much of it is rolled from Gulf countries through hawala channels.  But if the financial largesse bestowed by the ISI on Dr. Fai’s  KAC was about  3 ro 5 lakh dollars per year, surely an equally amount must be spent on Khurshid Mehmood’s  advocacy group. It is no secret that  the list of the high profile  Indians invited by Dr. Fai  to  his annual seminars was invariably cleared by his ISI handler whose name, according to the Mumbai-based newspaper DNA,  was Brigadier Bajwa.

It is true that by prompting Vaidik through his Pakistani  journalist friend  to seek a friendly chat  with Hafiz  Saeed, the ISI and the Regional Peace Institute of Rawalpindi have made a serious attempt to undermine the prestige of India’s Prime Minister, Narendra Modi and bring down the  credibility of the Vivekananda International Foundation.

In this spy story, the peeling of onions could reveal a big conspiracy. In addition to arresting and prosecuting Vaidik for treason, there is a need for debriefing Mani Shankar Aiyar and Salman Kurshid to unravel the depth of  their association with an  Islamabad-based ISI-floated advocacy group by organizing bogus bilateral conferences for promoting peace between Pakistan and India. Without registering a case against Dr. Vaidik  and the Regional Peace Institute, the truth will never come out. Suffice it to say that during a decade of UPA rule, jihadism and Islamism have made deep inroads into India’s political universe.

Let us not forget the undue haste with which the entry of Mullah Zaeef into India was facilitated by the Intelligence Bureau so he could attend the now-disgraced Tarun Tejpal’s  Think-India 2013 festival  last year in  Goa. We must also remember that according to Adrian Levy and Cathy-Scott Clarke, an operative of the ISI had confided in them that have successfully planted a  super-spy codenamed “Honeybee” and a retinue of  rats (chuhes)  across India.