Islamic State is a Country not a Terrorist Group 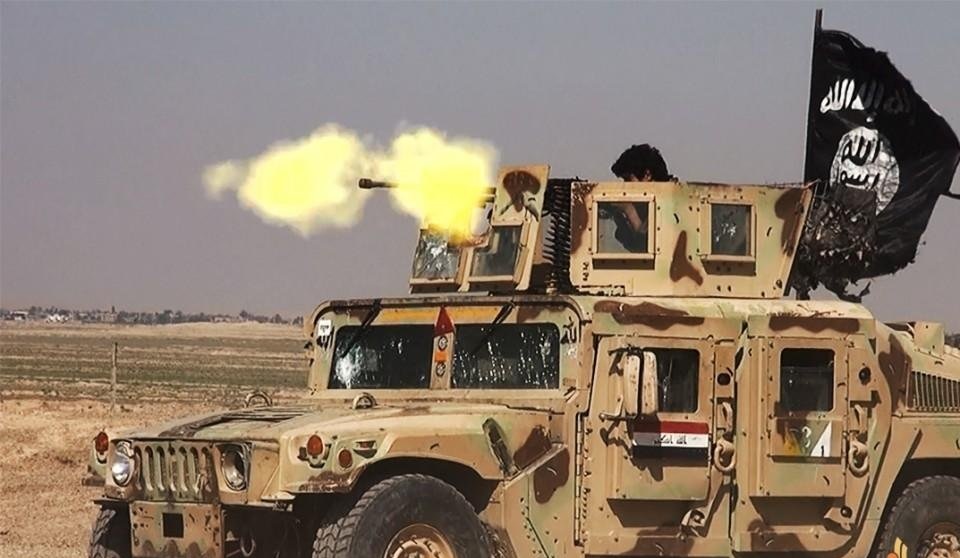 The whole world agrees that the Islamic State is the biggest security threat to the world but absolutely no headway is being made over it. America and Russia differ on how to handle it and West Asia is divided.

The reason for this is that everyone still considers it a terrorist group despite the fact that it became a full-fledged country a long time back. Everyone knows this, but pretends that the Islamic State is just a terrorist group which has temporarily captured some land here and there.
Did you know that Islamic State has captured a huge chunk of Iraq and Syria along with some towns in Libya and Lebanon? That’s the first argument for it to be called a country.

What is the area that the Islamic State controls? While this figure keeps changing because it keeps gaining and losing land and definitions differ, by one estimate the maximum territory it has controlled is in excess of 200,000 sq km.

To put that in perspective, that is larger than England, Bangladesh or Greece. You can’t brush that off lightly. What is the capital of Islamic State? It is Raqqa, though maps will continue to show that as part of Syria.

What is the currency of the Islamic State? They have captured a huge amount of gold and melted them into coins that form their currency. They have announced and released photos of the gold, silver and copper coins that will be the eventual currency.

What is the GDP of Islamic State? While exact figures aren’t known, it is in the tune of hundreds of millions of US$ to 1 billion plus. Yes, you heard that right. So where does all this money come from? What are its industries?

The biggest is crude oil in the black market. They easily make millions of dollars in a day when they go on sale. Officials from Iraq and Syria buy it. Russia even alleges that a good deal of this oil makes it to Turkey.

The second area of operations is artefacts and antiques. You would have seen images of the Islamic State destroying large statues in a brutal manner. That is only one side of the story. Smaller items make it to the black market and are sold for millions.

Iraq and Syria had a great wealth of cultural heritage than spans thousands of years and that is slowly making it to the houses of private art collectors all over the world—for a small fortune of course.

Then there’s the looting and kidnapping industry. Islamic State fighters regularly enter Iraqi and Syrian territory and loot trucks with valuables including vans carrying money to banks. Not all kidnapped hostages are beheaded.

First a negotiation is done with governments and if they get money on the sly, then the foreign national is released. This also gets them millions on a regular basis.

Finally we have the terrorists who come from all over the world. They are instructed to carry as much cash as they are allowed while crossing the border and they have to hand it over to the Islamic State. You could call it a joining fee.

The number of Euro bills that have crossed the border this way is phenomenal. Islamic State sympathisers have also used Bitcoins to get their donations across. That’s how a lot of high value funds have been transferred.

All other aspects of the economy like business, trade and employment remains the same in the ruled State. People also have to pay an amount to the Islamic State which could easily be called taxes.

It has an army and what it considers a police force for internal purposes and their number is estimated in the range of tens of thousands to one lakh plus. They also have a command structure and commanders.

Its ideology has been described as Wahhabi and Salafi jihadist. It’s a full-fledged working system. It also has allies in the form of Boko Haram and certain groups in Afghanistan and Pakistan.

Islamic State’s social media presence is high. You should just check out some of their ads. They are slickly made and professionally done and have been a big hit among the jihadi wannabes. Men have taken their families and women on their own have gone too. Like the American Dream, they are selling the Jihadi Dream.

What happens when you join the Al-Qaeda? You retain your nationality.

What happens when you join the Islamic State? You get a brand new nationality.

People go to get new identities there. Some go to become soldiers. Some go to be part of the administration. An Islamic State operative who came back and decided to turn informer for the British government recalled how one of his friends who had just finished his PhD in Islamic studies was straight away made a Sharia judge.

One moment he was a student and the next moment he became a judge. That’s the appeal of the Islamic State.

That is why so many youths from Europe and even India are fascinated by the whole concept and are making a beeline there. An Islamic State map shows a huge chunk of the world under their control as their future target.

While the rest of the world laughs at this, the fact remains that land from so many countries is already under its control. What is being sold happens to be an empire. And every empire began small and with battle grew larger and larger. The Islamic State leadership is also desperately trying to acquire nuclear weapons and they seem more serious about it than Al Qaeda.

The Americans have a habit of tolerating dictators and suddenly removing them. Both approaches are disastrous.

Saddam Hussein was tolerated for too long and then removed suddenly leading to the disintegration of Iraq. While the Islamic State controls one part of Iraq, the Kurds have become quite autonomous in another part. You could well say Iraq has already become three virtual countries, but nobody talks about that.

Colonel Gaddafi was tolerated for too long and then removed suddenly. Now the Islamic State is eying huge chunks of territory in Libya.

So the Americans find themselves in a Catch-22 situation over Bashar al-Assad. If you remove him then Abu Bakr al-Baghdadi could well become the most powerful person in that area.

West Asia hasn’t been this fragile for decades and it is ironic that US President Barack Obama got a Nobel Prize for Peace at the beginning of his reign.

Even countries like Yemen are seeing civil strife with strikes by Saudi Arabia.

Till the world powers realize the full power and appeal of the Islamic State, nothing will happen. Random air strikes are good for the ego, but do nothing to change the reality on the ground. Now with the entry of Russia into the picture and its confrontation with Turkey, things have become even more complex.

George Bush’s Gulf War I was a necessary intervention and had the support of the world and the United Nations.

George W Bush’s Gulf War II was totally unnecessary and had hardly any support and was a Grade I disaster.

What will be the threat and scope of Gulf War III if and when it happens?

We are heading towards dangerous times indeed.