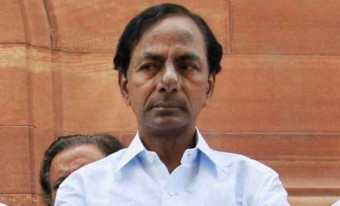 Domicile means a place which a citizen voluntarily decides to reside with an intention to make that place a permanent home. So how does domicile differ from nationality? When a country grants you citizenship, can a state within that country decide domicile status?

Fundamental Rights as enshrined in our Constitution guarantee Right to equality, including equality before law, prohibition of discrimination on grounds of religion, race, caste, gender or place of birth, and equality of opportunity in matters of employment. Also, the Right to freedom which includes speech and expression, assembly, association or union or cooperatives, movement, residence, and right to practice any profession or occupation.

These Fundamental rights for Indians have been aimed at overturning the inequalities of pre-independence social practices. Specifically, they have also been used to abolish untouchability and thus prohibit discrimination on the grounds of religion, race, caste, sex, or place of birth. They also forbid trafficking of human beings and forced labour. They also protect cultural and educational rights of ethnic and religious minorities by allowing them to preserve their languages and also establish and administer their own educational institutions.

There are three main categories or classes of domicile in India:

A) Domicile of Origin-

B) Domicile of Choice-

“Domicile of choice” is the domicile which a person of legal age is free to acquire in substitution for that which he presently possesses.

All the same, the concept of domicile, as discussed above, acquires importance only when within a country there are different laws or more precisely, different systems of laws are operating. Right from Kashmir to Kanyakumari and from Rann of Kutch in the west to the east in Arunachal Pradesh, there is one system of law, which is being followed.

Therefore, there has to be only one “domicile” in India. Each citizen of this country carries with him or her, one single domicile which is the “Domicile of India”. The concept of regional or provincial domicile is alien to Indian ethos and culture.

Article 5 of the Constitution is clear and explicit on this point and it refers only to one domicile, namely, “domicile in the territory of India.”

Moreover, it must be remembered that India is not a federal State in the traditional sense of that term. It is not a compact of sovereign States which have come together to form a federation by ceding a part of their sovereignty to the federal State. It has undoubtedly certain federal features but it is still not a federal State and it has only one citizenship, namely, the citizenship of India. It has also one single unified legal system which extends throughout the country.

It’s a common misconception of the various state governments to use the term ‘domicile’ when what they actually intend to state is ‘permanent residence’.

The concept of domicile if used for a purpose other than its legitimate purpose may give rise to lethal radiations which may in the long run tend to break up the unity and integrity of the Indian State.

However, in the last few years, owing to the emergence of narrow parochial loyalties fostered by interested parties with a view to gaining electoral advantage for themselves, a serious threat has developed to the unity and integrity of the nation and the very concept of India as a nation is in peril.

The threat is obtrusive at some places while at others it is still silent and is masquerading under the guise of apparently innocuous and rather attractive claptrap—the latest being the one put forward by Telangana Chief Minister, K. Chandrashekhar Rao.

The reason is that when the Constitution came into force, we took the spirit of nationhood for granted and paid little attention to nourish it, unmindful of the fact that it was won with enormous struggle. We allowed dangerous demands like ‘sons of the soil’ (sic)to develop claiming special treatment on the basis of residence in the concerned State. We allowed this because recognizing and conceding such demands had a populist (read: vote bank) appeal. The result is that ‘sons of the soil’ claims, though not altogether illegitimate if confined within reasonable bounds, are breaking asunder the unity and integrityof the Indian nation by fostering and strengthening narrow parochial loyalties based on language and residence within a State.