Is Krishna a Prophet of Allah? 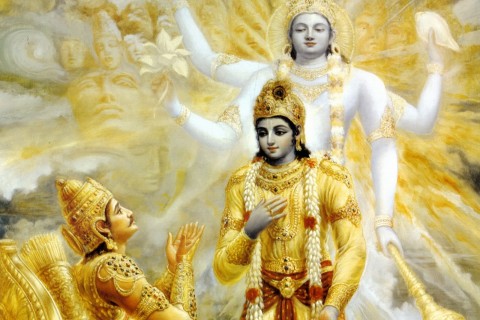 In the article ‘The Honorable Lord Krishna, a Prophet of Allah,’ published in Times Of India dated 2 August, 2014, columnist Tanweer Ahmad states that according to Islamic principles Lord Krishna was a true Prophet of Allah. To prove his point he offers nine points. Chief among them are:

Although the intent of the writer as he claims is to bring Hindus and Muslims closer to each other as communities, the primary points in his article are riddled with errors giving a distorted picture. The errors in these points are countered by the following:

Verily, those who believe and those who are Jews and Christians, and Sabians [wal-sabi’een], whoever believes in Allah and the Last Day and does righteous deeds shall have their reward with their Lord, on them shall be no fear, nor shall they grieve.(Al-Baqarah 2:62)

Surely, those who believe, and those who are the Jews and the Sabians and the Christians, whosoever believed in Allah and the Last Day, and worked righteousness, on them shall be no fear, nor shall they grieve.(Al-Ma’idah 5:69)

Those who believe, those who follow the Jewish (scriptures), and the Sabians, Christians, Magians, and Polytheists,- Allah will judge between them on the Day of Judgment: For Allah is witness of all things. (Al-Hajj 22:17)

In these verses, the Quran mentions the Sabians together with Jews and Christians. However, nothing specific is said about their religion, possibly because the Arabs during Prophet Mohammed’s time already knew them as a religious group.Early Muslim scholars speak of the Sabians as a religious group who lived in southern regions of ancient Mesopotamia.

During the Abbasid period, speculations arose on the Sabians around the claim that they followed the planet cult of ancient Mesopotamia.From this period onwards, most scholars made a special connection between the term Sabians and the pagans of Harran, which was an ancient city of strategic importance and is now a village in south eastern Turkey.

The characteristic features of the Harranians, like polytheism and idol worship, have therefore been ascribed to the Sabians as well. This differs with the views of the early scholars who never mentioned polytheism or idol worship while describing the Sabians. However, the later Muslim writers as well as the Jewish scholar Maimonides called the Harranians ‘the Sabians from Harran.’

Many modern day scholars are of the view that the Mandaeans of southern Iraq are the Sabians of the Quran. Historical evidence tells us that the Mandaeans had been living in that area since the second century of the Common Era. Their beliefs share many similarities with Judaism, Christianity, and Zoroastrianism, and carry various elements from these religious traditions as stated in this USA Today report ,which identifies them as a centuries-old sect based in Iraq that follows the teachings of John the Baptist but is neither Muslim nor Christian. So the first point to claim Krishna as prophet of Allah is a flawed one.

And as far as the comment ‘Quran is the only ancient scripture that specifically mentions and praises other faiths’ this following verse will suffice:

And whoever seeks a religion other than Islam, it will never be accepted of him, and in the hereafter he will be one of the losers.(Aal `Imran 3:85)

2.      Regarding “The Fourth Article of Faith” (that is belief in all of God’s prophets) most Islamic scholars hold the view that the Muslims must believe in all the prophets who are named in the Quran and authentic Hadith. If knowledge about Krishna was important, his name would have been mentioned in the Quran or at least in the authentic Hadith.

3.      That “Prophet Muhammad declared, “There was a prophet of God in India who is dark in color and his name was Kahan” and the coincidence that Kahan contains the same consonants K,N,H as does the name Kanhaya is baseless. That is equal to claiming the Holy Quran as a Hindu scripture since it contains the letters u, r, a, n which are also found in the word Puranas.

These verses are no way in contradiction to the Hindu thought as enunciated by Swami Vivekananda:

A reading of the Upanishads will show the writer that its core doctrine speaks of ‘Spiritual oneness of the worldly and divine.Similarly in the Bhagavad Gita, Krishna does not call himself a prophet of God. Rather he claims to be a manifestation of the ultimate reality.

5. As per as references to the Bhavishya Purana , these two points will suffice*:

Now that these errors are sorted out I would like to conclude that it is a laudable intent to bring Hindus and Muslims together but such intent should not be based on distorted viewpoints. Such distortions can only enhance misunderstandings not harmony.

* Further details on the Bhavishya Purana can be found in this site.