LESSONS FOR THE SHIV SENA FROM RAJASTHAN 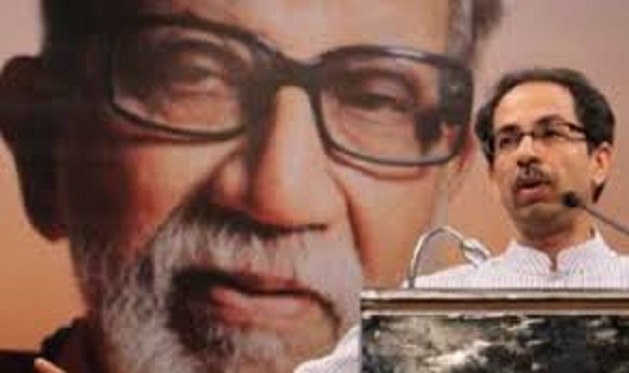 There is a story in the folklore of Rajasthan that at the time of Battle of HaldiGhati between Maharana  Pratap and Mughals , there was a small chieftain of Mewar who along with his son was going to join the forces of Pratap with his 2000 troops . En route, the small army was surrounded by a group of Bhil warriors, perching on Aravallis hills. They wanted to loot the wealth and weapons of the army. The son looked at the father and asked in Marwari , अटै कै वटै ? (Here or there?) . The father replied, “वटै (there).

The army surrendered to the Bhils. The intrigued Bhil king asked the meaning of the dialogue between the father and son. The son said, I asked him whether we should die fighting here or at Haldi Ghati ? To which the father replied, at Haldi Ghati . What is the point of fighting our own countrymen!

This answer motivated the Bhils to join forces with the Rajput chief and fight alongside Rana Pratap. Such was the wisdom and commitment of our forefathers to the motherland and the Dharma.  Alas! 500 years down the line we have learnt little from our glorious past and continue fighting each other on petty issues. A glaring example of this is the near complete breakdown of alliance between Shiv Sena and the BJP.

Shiv Sena certainly overreached in the prelude to the Vidhan Sabha elections held recently. The BJP proved the point emphatically by getting double the seats of Sena. It is noteworthy that Namo started the campaign with fond remembrances of the great Bala Saheb and vowed not to speak a single word against Sena.

[pullquote]An Ostrich attitude of denying the reality on ground will cost the Sena and the Dharma a lot of ground, which both can ill afford in these turbulent times[/pullquote]

After the results, Sena has been in denial and is behaving like a spoilt child whose toy has been taken away. Doesn’t the Sena leadership realise the existential threat posed by the fierce onslaught of the Abrahamics on the physical and mental space of Dharma? Does it behoove a political party to make a road show of a twenty five year old friendship!

It is a well attested fact that Bala Saheb was a visionary leader who institutionalized unapologetic Hindutva in the political discourse of not only Maharashtra but entire nation. With Bala Saheb gone, the deficient leadership of Sena has nearly lost the plot. On Hindutva , the best course would be to join the government and implement the Agenda from within , instead of giving oxygen to the comatose Congress by opposing the Dharmic forces .

There is a larger plan to which the BJP is working in the country post May 2014; that is to disentangle from non-performing, dynastic and corrupt allies.  Shiv Sena should understand the changing paradigms for its own survival and also the unity of the Dharmic forces. It is no longer the Dominant partner in Maharashtra.

[pullquote]It is a well attested fact that Bala Saheb was a visionary leader who institutionalized unapologetic Hindutva in the political discourse of not only Maharashtra but entire nation.[/pullquote]

Narendra Modi and Amit Shah will still like to tango with Sena , for ideological oneness and for old time’s sake .  Sena must respond.  Modi is a yogic leader gifted to this country by the divine forces. Sena must strengthen him. This is no time to play hard ball.  Namo’s handicap will eventually harm the Sena too.

It is a sad spectacle to watch the Sena fighting for power and dignity. On its part one has to give it to the BJP leadership that not a single leader has made a negative comment about Sena inspite of constant provocations. The political narrative of this country is undergoing a Tectonic shift. Dynasts and corrupt leaders will be weeded out surely. Sena must sharpen its tentacles and calibrate to the change or face complete irrelevance in five years time. BJP will only garner strength with young Fadnavis at helm.

An Ostrich attitude of denying the reality on ground will cost the Sena and the Dharma a lot of ground, which both can ill afford in these turbulent times. Respect in a relationship is a command, not a demand. Uddhav Thackeray will do well to remember this old adage. Or he will be forgotten down the memory lane as a Narcissist progeny of the great Bala Saheb.

It is his choice and his alone to be inspired by the example of the Rajput chief and stand with Dharmic forces even if it happens at the cost of personal pride, or yield to the Hindu gene of infighting and push himself into political irrelevance.

Jauhar-Shaka: When The Enemy Was At The Gate

Maharana Pratap: The Braveheart of Mewar