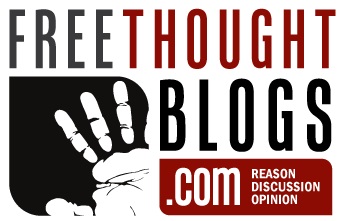 On 7 October, the well-known blog ‘freethoughtblogs.com’ published what they called a “Manifesto for Secularism.” Let us examine in some depth, the key points of this so-called manifesto:

Our era is marked by the rise of the religious-Right – not because of a “religious revival” but rather due to the rise of far-Right political movements and states using religion for political supremacy. This rise is a direct consequence of neo-conservatism and neo-liberalism and the social policies of communalism and cultural relativism. Universalism, secularism and citizenship rights have been abandoned and segregation of societies and “communities” based on ethnicity, religion and culture have become the norm.

The Islamic State (formerly ISIS), the Saudi regime, Hindutva (Rashtriya Swayamsevak Sangh) in India, the Christian-Right in the US and Europe, Bodu Bala Sena in Sri Lanka, Haredim in Israel, AQMI and MUJAO in Mali, Boko Haram in Nigeria, the Taliban in Afghanistan and Pakistan to the Islamic Republic of Iran and the Islamic Salvation Front in Algeria are examples of this.

For many decades now, people in the Middle East, North Africa, South Asia and the Diaspora have been the first victims but also on the frontlines of resistance against the religious-Right (whether religious states, organisations and movements) and in defence of secularism and universal rights, often at great risk to their lives.

We call on people everywhere to stand with us to establish an international front against the religious-Right and for secularism. We demand:

Some of us may tend to agree with the assertions made in this manifesto if it was not for the false equivalence it presents. Firstly the manifesto is hued with what can be said to be the red colour of leftism as signified by the statements:

This rise is a direct consequence of neo-conservatism and neo-liberalism and the social policies of communalism and cultural relativism. Universalism, secularism and citizenship rights have been abandoned and segregation of societies and “communities” based on ethnicity, religion and culture have become the norm.

This chucking of all the faults of modern world at the doorstep of neo-conservatism and neo-liberalism is an old habit of the left which has a long history of hiding their own faults and crimes against humanity. Instead of targeting the chief foe of true secularism, they will go on to lump all their opponents together and create phony parallels.

One of the signatories of this so-called manifesto, Bahram Soroush is a UK-based civil rights activist and a member of the Worker-Communist Party of Iran. It is common knowledge that the Iranian communists gave massive support to the Islamic fundamentalists led by Ayatollah Khomeni, and were surprised when following the Islamic Revolution, the Ayatollah persecuted them.

The gravest sin committed by the so-called secular left was the blind and aggressive support they gave to the policy of multiculturalism, a support which emboldened the rise of Islamic intolerance, the consequences of which we are witnessing from Europe to Africa to Asia.

Multiculturalism as a policy highlighted the differences between peoples while ignoring the similarities. Multiculturalism claimed about making a “melting pot” of nations but in reality ended up making many different “pots” of cultures, each separate and isolated from the others.

In the words of French writer Pascal Bruckner:

Multiculturalism is racism of the anti-racists: it chains people to their roots. Thus Job Cohen, mayor of Amsterdam and one of the mainstays of the Dutch state, demands that one accept “the conscious discrimination of women by certain groups of orthodox Muslims” on the basis that we need “new glue” to “hold society together.” In the name of social cohesion, we are invited to give our roaring applause for the intolerance that these groups show for our laws…sabotaging the very idea of national community.

That the most worthy contribution of multiculturalism has been patting the back of radical Islamists can be underscored by this statement of American writer Bruce Bawer:

Motivated variously, and doubtless sometimes simultaneously, by fear, misguided sympathy, and multicultural ideology—which teaches us to belittle our freedoms and to genuflect to non-Western cultures, however repressive—people at every level of Western society, but especially elites, have allowed concerns about what fundamentalist Muslims will feel, think, or do to influence their actions and expressions. These Westerners have begun, in other words, to internalize the strictures of sharia…..

Thus it is the secular-left’s blind adherence to multiculturalism that gave rise to cultural relativism and social intolerance, not neo-liberal fiscal policies as many leftists have unconvincingly claimed. The manifesto then goes on to repeat the same, age-old silly process of balancing radical Islam with Hindu nationalism. It equates dreaded terror groups like ISIS, Boko Haram, AQMI and MUJAO, the Talibans with the Rashtriya Swayamsevak Sangh (RSS) of India. This phony balancing of radical Islam with Hindu nationalism can be debunked by just looking at the treatment of Wendy Doniger who is an academic Hindu basher in comparison to Salman Rushdie and Taslima Nasreen.

We all know that Doniger still occupies her place in Hindu studies and her books have been published in India recently. Furthermore there has never been an instance where Wendy Doniger had to be placed under constant security like Rushdie and Taslima. In other words, the so-called Hindutva forces have never threatened the life of its critics like the votaries of radical Islam. As the American satirist Bill Maher would say ‘this balancing for balance’s sake, is absolute c***.’ The creator of this ‘secular manifesto’ is woefully ignorant about Indian history and philosophy, and should undertake at least a year of penance by reading primary texts on the subject.

The authors of this ill-informed manifesto should realise that Hindutva is not a radical cult but a thought process which took scholarly sustenance from the customs set by a 5,000-year Indian civilisational process that did not give concession to any single god and gave every individual a right to choose his path to god. Isn’t this similar to the first demand of the ‘secular manifesto’ that is complete separation of religion from the state?

The manifesto authors can begin by reading the following citation from what can be called the manifesto of Hindutva written by Veer Savarkar in 1924:

After all there is throughout this world so far as man is concerned but a single race—the human race kept alive by one common blood, the human blood. All other talk is at best provisional, a makeshift and only relatively true. Nature is constantly trying to topple the artificial barriers you raise between races. To try to prevent the commingling of blood is to build forts on sand. Lust has proved more powerful than the commands of all the prophets put together. … The central unity of man from pole to pole is true, all else only relatively so…… It may be that at some future time, the word Hindu may come to indicate a citizen of Hindusthan and nothing else; that day can only rise when all cultural and religious bigotry has disbanded its forces pledged to aggressive egoism, and religions cease to be “isms” and become merely the common fund of eternal principles that lie at the root of all that on which the Human State majestically and firmly rests…….

Let me add to that statement these two proclamations made by Savarkar in the 1930’s:

1. Let the Indian State be purely Indian. Let it not recognize any invidious distinctions whatsoever as regards the franchise, public services, offices, taxation on the grounds of religion and race. Let no cognizance be taken whatsoever of man being Hindu or Mohammedan, Christian or Jew. Let all citizens of that Indian State be treated according to their individual worth irrespective of their religious or racial percentage in the general population…..

2. Religious minorities will have all the right to practice their religion in a Hindu Rashtra and the State will ensure that; but the Hindu Rashra won’t allow creation of a nation within a nation in the name of religious minorityism.

Also this quotation of MS Golwalkar, the second head of the RSS deserves mention:

It is pretty clear that Savarkar-Golwalkar championed secular humanism way before these alarmists, I mean activists, did. Yet their ‘secularism’ is likened with the morose and fierce intolerance of Osama Bin Laden and Al-Baghdadi. It is equally clear that the folks at freethoughtblogs.com have gotten their views on RSS from the biased section of Indian intellectual and media establishment. This again shows ignorance on the part of freethoughtblogs.com about the Indian situation.  The bulk of India’s secular intellectuals swear by a specific version of secularism, which holds Hinduism guilty for all of India’s wrongs.

The concept of secularism conceives religion as a human construct open to critical study. Indian secularism however, shields even the most illogical religious beliefs and bigotry from inspection provided they claim to be non-Hindu. One telling example was when scores of secular intellectuals in India were in favor of banning ‘Satanic Verses’ by Salman Rushdie when it was published in 1988. Back then it was the collective might and courage of a minority of thinkers like Ram Swarup and Sita Ram Goel who unabashedly stood for freedom of expression, even with the risk of incarceration.

The Honorable Members of freethoughtblogs.com would be displeased to know that it was not the RSS but the secular Indira Gandhi who was not hesitant to impose an autocratic regime on India, indeed the first and only time tyranny was imposed in India after Independence. In this despotic endeavour, Mrs.Gandhi received ample support from many secularist scholars who further promoted the blunders of Indian secularism. Like multiculturalism did in Europe, secularism has done more to make India communally hostile.

Members of ‘freethoughtblogs.com’ must realize that to impede the tide of intolerance as we see today, one should encourage and promote National Unity instead of creating phony parallels and shoving monotonous manifestos down our throats.