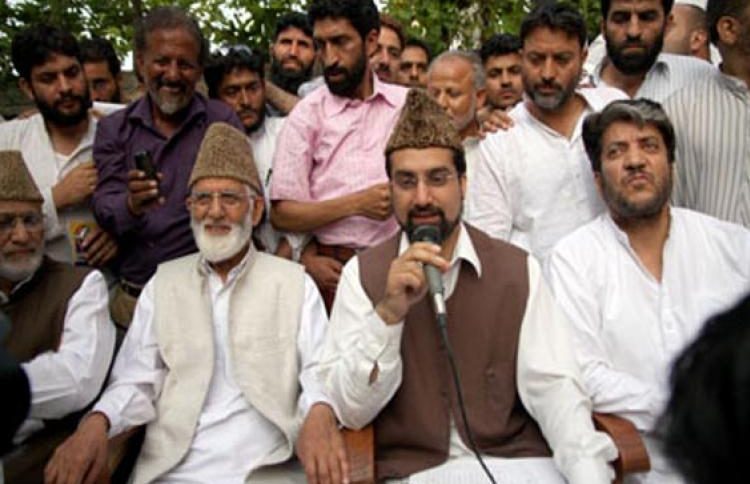 Advocate Manoharlal Sharma’s plea in the country’s apex court to stop the bountiful spending from the national exchequer on the separatist groups in the Kashmir Valley (see the list of top six separatists at the bottom), whose hearing is expected to begin on September 14, is an historic NIL: National Interest Litigation. It is so because it goes beyond the scope of “the right to move” by appropriate proceedings for the enforcement of the rights covered by “the Fundamental Rights” portion of the Constitution of India. The plea is not to protect the rights of a section or sections of our population, but a move to safeguard the interest and safety of our entire nation.

Those, who eat from our hands and yet have an evil eye on the J&K State should be denied our support in any which way. It is as simple as that. Should any Indian back those, who have refused in the past three decades or so that the state of Jammu & Kashmir is not an in integral part of the Union Territory of India, despite Section 3 of that State’s Constitution (enacted on 17th November 1956) proclaiming that “The State of Jammu & Kashmir is and shall be an integral part of the Union of India”? The democratically elected Constituent Assembly of J&K further stated in its section 147(related to Amendment of the Constitution) that “no bill or amendment seeking to make any change in Section 3 (cited above) shall be introduced or moved in either House of the Legislature” thereby shutting the door on any amendment of that Section 3, now or in the future.

But this separatist gang has had no conscience in looting the Indian exchequer of some Rs 950 crores in past five years under the following heads listed in the PIL:

(i) 21 crores on stay in luxury hotels

Another unique feature of Advocate Sharma’s PIL is that, perhaps for the first time ever, a legal petition has raised the violation of the sacrosanct concept of the Consolidated Fund of India and of a State government by all the government officials in permitting the above bounty on those who brazenly say that they don’t believe in the Constitution of India and don’t, if ever, mention Section of the J&K State Constitution.

Just what is this Consolidated Fund of India/State government? It is all there in Article 266 of our Constitution. To summarize, it requires that the Indian Union government and each Indian State government maintain their own consolidated funds. Further, all government expenditure is made from this Fund, except exceptional items, which are met from the Contingency Fund or the Public Account. Importantly, no money can be withdrawn from this fund without the Parliament’s approval. Lastly, the Comptroller and Auditor General (CAG) of India audits these funds and reports to the relevant legislatures on their management.

According to the said PIL, the huge expenditure on separatists listed above is a violation of our Constitution as well as an act of corruption by all government officials, who spent huge sums of taxpayers’ money without informing the Parliament. PIL also alleges that the CAG never adduced audit reports on how these funds were spent while the money was used to wage war against the country. It has therefore sought prosecution of all concerned besides asking the J&K government not to release such funds in future.

The PIL is a huge slap on both the cheeks of politicians like Sitaram Yechury, who are bending backwards and itching to meet Geelani even after his recent refusal to give the villainous Marxist a look at his beard, let alone a cup of black coffee. The only authority that seems to have come out with flying colors is the Supreme Court, which has quickly responded to the petitioner that it “shared the feeling” of what he had put in his petition. The initial remark by the Supreme Court has made all the anti-separatists wait with bated breath when the hearing on the PIL gets under way.

Here is a list of Top Six Separatist leaders taken from IndiaTV report:

Syed Ali Shah Geelani: Was previously a member of Jamaat-e-Islami Kashmir but later on founded his own party in the name of Tehreek-e-Hurriyat. Takes the position that Kashmir must have the right of self-determination, but specifically advocates the position of union with Pakistan. Has served as the chairman of All-Parties Hurriyat Conference, a conglomerate of separatist parties in Jammu and Kashmir. He also represented Sopore constituency in J&K Assembly 1972, 1977 and 1987).

Masarat Alam Bhat: Supporter of Geelani. Played a significant role in the 2010 Kashmir stone pelting rallies against the Machil encounter carried by the Indian army in Kashmir.Is supporting 2008 Mumbai Attacks mastermind Hafiz Saeed. Alam, who responded by raising a series of anti-India and pro-Pakistan slogans, including those favouring militants like Hizbul Mujahideen chief Syed Salahuddin. His position on Kashmir is that it should become a part of Pakistan.

Asiya Andrabi: Is the founding leader of Dukhtaran-e-Millat. This  Islamic group is part of the separatist All Parties Hurriyat Conference in the Kashmir valley and support the union of Kashmir with Pakistan. Main aim is to work for separation of Kashmir from India. Is best known for supporting Masarat Alam in 2010 stone-pelting rallies across Kashmir by using her village network of Dukhtaran-e-Millat operatives for rally support. Has been criticised for inciting Kashmiri youth for Jihad and freedom fight against India. Her own son is studying in Malaysia on an Indian passport.

Mirwaiz Umar Farooq: At the age of 17, following the assassination of his father, the leader of Awami Action Committee, he united 23 Kashmiri pro-Pakistan organizations into the All-Parties Hurriyat Conference. He has constantly tried to raise much awareness about the Kashmir issue internationally. In October 2014, he was listed as one of The 500 Most Influential Muslims in world by Royal Islamic Strategic Studies Centre, Jordan. Farooq is also seen as the spiritual leader of Kashmir’s Muslims. He was also shown among the Asian Heroes by the Times magazine He also holds a PhD. in Islamic Studies from Kashmir University. He maintains that dialogue must take place with India and Pakistan, so long as the Kashmiri aspirations are heard as well.

Shabir Ahmad Shah: He is the founder and president of the Jammu and Kashmir Democratic Freedom Party. Seeks right of self-determination to Jammu and Kashmir. He was jailed for the first time in 1968, when he was 14-year-old. He was imprisoned for organizing and leading a student demonstration to press the demand for the right of self-determination for the people of Kashmir.