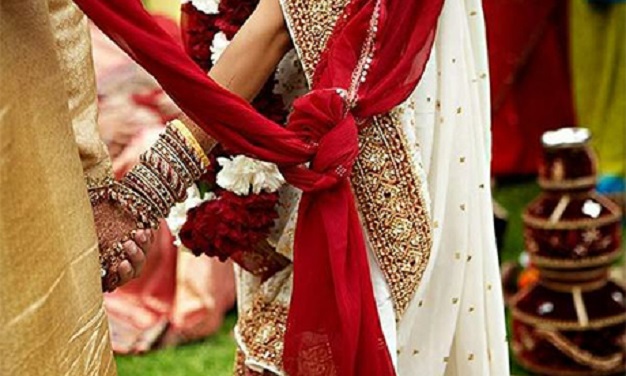 Save Indian Family (SIF), an all-India non-profit organization, which has been working for the cause of keeping Hindu families united against draconian laws like Section 498(A) has published a new whitepaper analysing the impact of the proposed Marriage Law (Amendment) Bill.

The following are the highlights of this whitepaper.

Members of Save Indian Family – Karnataka, hereby want to register very serious and strong objection to the unconstitutional Marriage Law(Amendment) Bill. This bill introduces “Irretrievable Breakdown of Marriage” (IrBM) as an additional ground for seeking divorce whereby wife gets 50% of husband’s pre‐marital, post‐marital, self‐acquired and ancestral property as part of alimony, and the husband cannot oppose it.

This is the same Draft bill which never saw the light of the day during the previous UPA government as the BJP realized how disastrous this law was for Hindu families and the Indian social fabric. The Bill was opposed by various segments of society and even ministries and had international criticism on India for proposing such a draconian law.

In spite of all this, it is really shocking that the new Government under a dynamic leader who pledged “sab ka saath sab ka vikas” has not taken the transparent route and is behaving the same as the previous Congress led UPAGovernment.

* Marriage will lose its sacred purpose and will become a property and/or wealth-acquiring business. There is already an increasing trend towards material expectations in a marriage; theamendment will have a far reaching consequence. With divorce no more being a taboo inIndia, the incentive of women seeking divorce would work as a reverse dowry menace wherewomen would marry for property and not for family or love.

* China in 2010 amended a similar property annexing law when it found that it was being misused extensively by women to grab property through serial marriages. With misuse of gender laws inIndia close to an all‐time high, this is not the climate to introduce another dangerouslydraconian legislation.

* Assets/properties are acquired after years of hard work and not because of a few years of matrimonial life. Losing hard earned property in cases of failed marriage will lead to an increase in say, suicides on the part of the husband (the present statistic are troubling) and increase in crime Rates. The Battle of Mahabharata was fought when even five villages were denied to the Pandavas as their rightful share. With the proposed amendments, the home of every husband’s family is going to be in dire straits. This Bill if passed in its current form may result in the very person sought to be benefitted/protected becoming a victim of violence for protecting property as there is hardly any faith in a biased legal system. Will the BJP be willing to take full responsibility for this potentially dangerous social disruption this Bill will cause?

* When the society is in unrest and family values are broken, the dream of “Make in India” would be of little use. Economies like Vietnam, Thailand, Philippines, Pakistan, Sri Lanka and Fiji would grow and India would lose the unique opportunity it currently has.

* Indian men in fear of possible material loss would stop buying properties and it would have adverse consequences to the nation’s economy.

* People would start accumulating wealth in alternate form like gold etc., which would result in a dull economy that believes in secure accumulation than investment for growth.

* Hindu men would want to convert to Abrahamic religions to minimize their risks in matrimonial life thanks to the provisions of this Bill. This mass conversion has its own extremely dire social implications.

* Hindu men would stop marrying or opt for a Sagotra marriage to keep the property in the family. This might by itself create a situation for honour killings and people taking law in their own hands.

* It is an established trend and confirmed by the Apex court that in failed marriages, women are grossly misusing IPC 498A and the Domestic Violence Act for extortion. This amendment will be another tool and further distress families.