Narendra Modi and the Rajapaksa Controversy 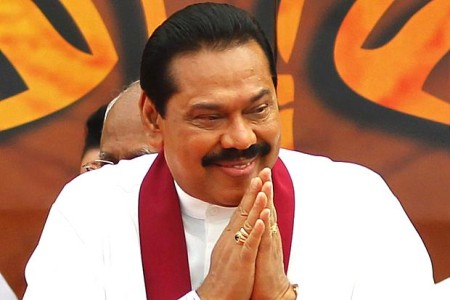 Narendra Modi has invited the Sri Lankan president Mahinda Rajapaksa to his swearing in ceremony. The Tamilnadu chief minister Jayalalitha and the LTTE sympathizer V. Gopalaswamy have expressed displeasure over it since Rajapaksa’s decisive military campaign against the LTTE resulted in the deaths of several innocent Eelam Tamils.

Eelam Tamils have endured terrible suffering over the last three decades because of the ethnic war between the Sinhalese and Tamils. Indiscriminate bombings, displacements, denial of fuel, and the lack of basic infrastructure have been the characteristics of the precarious Eelam Tamil existence. They deserve to rehabilitated and granted equality in Sri Lanka. Hindus, no matter where in the world they live, have a moral duty to express their solidarity with Eelam Tamils.

However, solidarity with Eelam Tamils doesn’t translate into sympathy for the LTTE.

The origins of Eelam Tamil separatism and the rise of the LTTE is a complex story. It would suffice to say that it was a response to the Sri Lankan government-sponsored discriminatory practices against the Tamils and the violence directed at the Tamil civilians. LTTE was a necessity then. However, the power-hungry LTTE not only prolonged the war but also came under Christian influence and acted against Hindu interests.

Eelam Tamils are predominantly Hindus. It is no surprise that the LTTE cadre was predominantly Hindu as well. Hindus in Tamil Eelam cremate their dead as is the prevalent custom among Hindus everywhere. Before 1991, slain LTTE cadres were cremated according to Hindu rites. However a small but highly influential Christian cadre objected to the practice of cremating the slain fighters. So, in 1991, in deference to the Christian demand, LTTE banned the practice of cremation of its slain cadres and mandated that they be buried in a graveyard. Parents of the slain Hindu fighters objected but were overruled. Hindu parents of LTTE fighters lost their sons and daughters as well as the fundamental right to perform their final rites according to Hindu customs. Their children were forcibly buried in Christian-style cemeteries.

LTTE propagandists claimed that when the slain fighters are cremated, they are reduced to ashes and no memory of their sacrifice is preserved whereas burying them in a graveyard preserves their memory for future generations. It was claimed that the LTTE was reintroducing the ancient Tamil practice of erecting vīrakkal, i.e., the hero stone. However, these are disingenuous explanations because one could’ve very well cremated slain Hindu fighters according to Hindu customs, brought their ashes to a memorial place, and erected hero stones in their honor as was the practice in ancient Tamilnadu. There was no need to ban cremation. LTTE selectively and directly assaulted a core Hindu religious observance while simultaneously forcibly imposing a Christian practice upon the defenseless Hindus.

The ban on cremation has to be seen in the overall context where LTTE actively suppressed Hindu identity and facilitated the spread of Christianity. Just as churches discourage converted Hindu women from wearing bindi or flowers, LTTE too disallowed its female cadres from wearing bindi or flowers. Even though a majority of the LTTE cadre was Hindu, its influential leaders were predominantly Christian. Missionaries and their Western handlers influenced the organization policies. In areas controlled by the LTTE, Christian conversion was rampant. It is an irony that so many Hindu youth laid down their lives only to be posthumously denied their religious rights and to inadvertently facilitate Christian proselytism.

Christian missionaries have been active on the Sinhalese side as well and have benefitted the most by sustaining and prolonging the civil war. Even though Christians are a minuscule minority among the Sinhalese, half of all Sri Lankan presidents have been Christians. As in India, in Sri Lanka too Christians enjoy political clout and power disproportionate to their numbers. The continuation of animosity between the Sinhalese Buddhists and Eelam Tamils only benefits Christian proselytism. It is in the best interests of both communities to bury the hatchet and come together. Ambedkar lamented that the numerical majority of the Hindus doesn’t translate into political power. The same is true of the Sinhalese Buddhists as well. On the other hand, Christian organizations are backed by imperial powers, ruthless in their machinations, and work single-mindedly to weaken Hindu and Buddhist societies.

Buddhism and Hinduism are dhārmic religions. They have coexisted in the past and can coexist in the future. Buddhists and Hindus have always lived together and Sri Lanka needn’t be an exception to this norm. In Sri Lanka, several Buddhist temples have altars for Hindu deities in the four corners of the courtyard. Many Hindus consider the Buddha as an avatāra. This millennia-old shared legacy should help offset a few decades-old Christian-fed animosities.

Narendra Modi’s invitation to Rajapaksa should be seen as the starting point of establishing Hindu-Buddhist solidarity. Modi could play a decisive role to secure equal rights for Eelam Tamils. In return, India can bestow Most Favored Nation status on Sri Lanka, extend military aid to the island nation, and open its markets to Sri Lankan goods. In this Modi-inspired initiative, Hindu and Buddhist religious leaders could work toward building bridges between the Eelam Tamil and Sinhalese Buddhist communities. WikiLeaks reveals that Rajapakse is a Christian and that the church has been campaigning on his behalf with imperial powers. So, it is important to remember that he might covertly act against the emergence of Hindu-Buddhist unity. One must take sufficient safeguards against such covert machinations. One should aim for Buddhist presidents in Sri Lanka in the future along with proportional representation for the Hindus.

Eelam Tamil civilian deaths in the Sri Lankan army surge against the LTTE are regrettable. But what other option was there? LTTE had no intent of giving up and had no qualms about inflicting the worst suffering on Eelam Tamils and Sri Lanka in its greedy pursuit of power. It would’ve continued to harm the Hindus and Hinduism and strengthen Christian proselytism. A limited warfare would’ve only reinforced the LTTE and prolonged the suffering of Eelam Tamils. In such a scenario, an all-out war against the LTTE was the only option even though it came with the inevitable and terrible consequence of civilian deaths as collateral damage because the LTTE leadership unscrupulously used civilians as shields against the Sri Lankan armed forces. It is the LTTE that must take the primary blame for the civilian deaths.

Only a naïve Hindu would sympathize with the LTTE.

(The author is a Silicon Valley-based writer, an atheist, a practicing orthodox Hindu, and author of What Every Hindu Should Know About Christianity.)