On Bhoomi-Pujan: Let’s not forget these two sets of dates 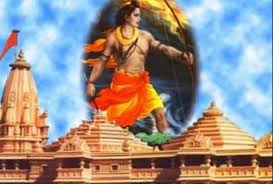 Finally, the bhoomi-pujan of Ram Janmabhoomi Mandir is set to take place. Every Hindu should not only celebrate this but also would do well to reflect on a journey that, till the other day, seemed interminable.

My point is limited, with no intention to spoil the rather subdued (thanks to Corona) celebratory mood.

To my mind, every Hindu should remember two sets of dates, whenever they think, talk or do something about preserving the Sanatan.

Our school textbooks never miss out on these dates. Anybody, who has passed Class 10, would remember its significance.

During the same period, Islamic expansionism hit Europe, North Africa and other such regions hard. Their task, as it were, was completed in quick time in what was, largely, the Christian world.

The region witnessed mass killings, conversions, sexual slavery, dominance of sea and trade routes around the Mediterranean within a century of 632 AD, the year of the death of the Prophet.

Then, next we hear in our the text-books is that Muhammad Ghori fought with Prithviraj Chauhan, the then ruler of Delhi in 1191 and 1192, defeating him in the second round.

But it is in 1206 AD when Qutub-ud-din Aibak sets up the first sultanate in Delhi, arguably India’s centre.

Eminent writers, like Sitaram Goel, have provided various accounts of the Hindu fight-back during this period – that 712 AD-1206 AD. But that’s not the point here.

1528 AD was the year when the first Mughal Emperor Babar got the then-existing Ram Temple in Ayodhya demolished and a mosque built over it. As eminent scholar Meenakshi Jain says in one of her talks (https://www.youtube.com/watch?v=sQUqxaHFYF4), there is credible evidence to suggest that the Hindus never really gave up the claim.

The recent history is known, by and large. The Ram Janmabhoomi Aandolan in the 1990s, the demolition of the mosque and subsequent political and legal wrangles. Two judgements – first the Allahabad High Court Judgement in 2010 and, then, of course, the Supreme Court judgement in November 2019 – have been much discussed in the public domain.

This is basic timeline.

The limited points I want to make with respect to these two sets of date are these:

1. The first set of dates (712-1206 AD) represents the determination of the expansionist cult of Islam. Using deception, strategic withdrawal, brutal use of force, giving exemplary punishment to the non-believers, and other strategies, they continued to nibble at the edges, before, finally, reaching a point, where they could establish themselves in the heart of India. In other words, their determination never dimmed. They keep coming at you.

2. Bharatiya principles of Kshatriya valour, as applied, were never enough. As has been proved in various accounts by writers like Goel and the recent work of “Saffron Swords” by Manoshi Sinha (Garuda Prakashan), there were great wars fought, great sacrifices made and various ‘push-back’ victories. But the task of annihilating the threat, somehow, never got accomplished.

3. A Chanakya-like figure, or Bhagwan Shri Krishna himself, was greatly missed. Our Kings/ princes did not seem to be consulting our Shastras on how to tackle the enemy.

4. 500 years is a long-long time. During this period, the Hindus could have devised, implemented and successfully got rid of the expansionist cults for good. But either they ignored, or under-estimated, or simply gave their internecine rivalries more preference, or they were enamoured by their own art and craft – something went wrong somewhere.

5. The second set of dates [1528-2020] could be called, vaguely, ‘fight-back period’. But it was a fight-back with our ‘backs to the wall’, constantly? The birthplace of the icon of our civilisation was desecrated. The Asuri shaktis, as it were, took control – not only of the site, but also of our lives.

6. Our temples were destroyed in hordes; our men converted by thousands and our women kidnapped, raped, converted, sold by thousands and more. What the expansionist cult did within the first century of Islam in Europe, North Africa etc, was now being done in India.

7. This is not to say that we did not fight; that, we did not resist. Again “Saffron Swords” has 52 such stories of valour of our warrior ancestors spanning some 1,300 years, till India’s independence in 1947. And, indeed, some of the blows to them were crippling – from the likes of Suhel Dev, Nag Bhat-I, King Prithu etc. But the job was never finished. We seldom took it to the land of the enemy.

8. Over time, even as one expansionist cult seemed to be on the wane, another expansionist cult, the Christians, made deep inroads using the existing wedges, easily. We got battered further. Our education, our values, our Constitution, our understanding of our own culture – everything had a foreign lens now, apart from, of course, we being rendered second grade.

9. Though there was constant pressure from the Hindus, the fight-back after independence was sought to be silenced by the powers-that-be. Finally, a few crucial things happened, like the ASI report on Ram Temple’s existence and the court judgments. Of course, we can’t forget the articulation of the majority voice through electoral means.

But, can we lose the sight of two things?

a) Remember what happened when the verdict came in favour of Ram Temple in November, 2019? There was an undeclared clamp down on celebration by the Hindus, “lest it develops into a communal situation”.

b) Still, after sometime, we had lawlessness roaming the streets of Delhi – and many other places – in the name of Anti-CAA protests.

The message was clear: “We are around, we occupy the public space and we can hold you to ransom.”

Thanks to COVID-19, a great opportunity for Hindus to reclaim the public space, which is a crucial part of the battle of attrition, is all but gone.

But had COVID-19 not been there, can we think that the lawlessness would not be seen on the streets – finding some or the other excuse after CAA?

The final point is this:

In 1528-2020 AD, we now have a date that can — despite the huge differences — be put up against the first set of dates (712-1206 AD), as an example of determination. Dogged resistance by a badly battered civilisation-vs-dogged determination of an expansionist cult!

But, in the chest-thumping mood for Ram Temple at Ayodhya, we can’t forget that they controlled our lives, destiny, and they will seek to impose their cultural identity on us for the next five hundred-odd years, if not more.

Do we have it in ourselves to brace for, say, another five hundred-odd years before we are, finally, able to celebrate Bhagwan Ram in all the ten directions? Because, they will keep coming back and ‘push-back’ victories have never proved enough!

The Ayodhya movement: a trip down memory lane