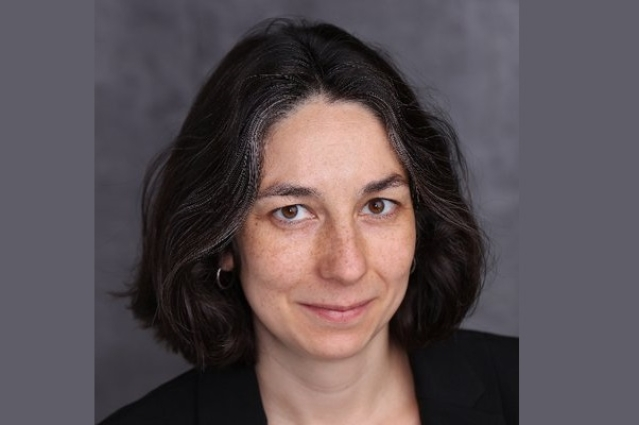 We live in unprecedented times. As the United States becomes a more diverse nation, with more and more people from a variety of ethnic, color, religious, and national backgrounds seeking validation for their life and work in this country, we need policies of non-discrimination that are applied across all groups, consistently, fairly, and swiftly. Alas, we see how some groups are targeted — sometimes by lone wolves, but often by vested and powerful interests systematically coordinating their activities and their energies to demonize or belittle those groups. Social media platforms are the choice of venue for these activities. In this context, we wish to draw your attention to the latest post by Audrey Truschke, associate professor, teaching history, and a faculty member in both the School of Arts and Sciences and the Honors College at Rutgers. You may already be aware that she has become well-known for her social media posts mocking, deriding, provoking, and needling Hindus. Her activities and her activist role over the past couple of years are well-publicized – by herself, and by the media, especially in India, and also in the Indian American media and local New Jersey media. You may have received complaints about her previous social posts targeting Lord Rama of the Hindu epic Ramayana. That she teaches young, impressionable college students, including some who are Hindu, who have little knowledge about India and about Hinduism, should make you pause.

Scholars are protective of academic freedom, and rightly so. The First Amendment guarantees free speech to all Americans. But these rights that we embrace and cherish come with certain commonsense caveats: that academic freedom should be exercised responsibly, and free speech is not an unbridled license to provoke and disseminate hate, to mock others’ Gods and heroes, or to rubbish or misrepresent someone else’s beliefs and practices or choice of a political party. No responsible academic would stoop to using social media platforms for ideological or partisan purposes. Prof. Truschke does so and has become a flag-bearer for anti-Hindu activism.

This complaint is about the latest of her posts. On January 7, 2021, Prof. Truschke posted this message on Twitter, following the day of riots on Capitol Hill:

Surely, Twitter is not the platform to announce the beginning of classes and what classes one is offering. The tweet, with a picture of the Indian flag among a sea of pro-Trump flags and the Old Glory, is a dog-whistle by Prof. Truschke to call her faithful on social media platforms to mock Hindus and Indians. How so? The title of her new course, where she specifically mentions Modi (India’s Prime Minister Narendra Modi) is nothing more than a taunt and bait. Why insert Modi’s name in the title of the course if not to provoke? Who vetted this course and approved it? Who are all complicit at Rutgers in approving courses and allowing faculty to use such provocative titles for their courses? Those who are unaware of Indian history, or unaware of Prof. Truschke’s political inclinations, would not find anything particularly offensive in the title. But those who have followed Prof. Truschke’s career and her history of tweeting would know that both the course she is offering and her advertisement of the same on Twitter on the day following the Capitol Hill riots are taunts meant to provoke those aligned on different sides of the Indian political spectrum, and especially to mock those who voted the Bharatiya Janata Party (BJP) to power in 2014 and 2019, and those who support the policies or the leadership of Prime Minister Narendra Modi. A more clear and precise title for the course could have been “Indian History: From the Mughals to the Present.” The tweet also offers those in the know a peep into the trajectory of Prof. Truschke’s course: “Mughals, good for India; Modi, bad for India”.

After she posted this picture with the accompanying message, people began to respond, and they pointed out that the man carrying the Indian flag in front of the Capitol building was an Indian Christian, Vincent Xavier, a resident of McLean, Virginia, who had himself proudly tweeted the following:

Vincent Xavier calls himself a proud American and a Republican, and posts rants against Democrats. The Fairfax County Times interviewed Mr. Xavier and published an article on January 15, 2021. In that report we read the following: “On January 6th, he and a group of like-minded friends, attended the Capital (sic) Hill rally, to show support for ‘weak’ congresspeople who would be voting whether or not to object. He carried an American flag and an Indian flag. The Indian flag, he says, was to show support for the president on behalf of the Indian community and to show the diversity of Trump’s base”. However, Vincent Xavier’s presence in the crowd gathered on Capitol Hill was used by Prof. Truschke to target Hindus and other Indians who voted for the BJP or who support Prime Minister Narendra Modi’s policies and governance. Prof. Truschke refused to take down her tweet despite others on Twitter pointing out that it was Vincent Xavier, a supporter of the Congress Party in India, and a proud Christian who carried the Indian flag on January 6. Prof. Truschke implies in her tweet that the person carrying the Indian Flag on Capitol Hill was a Hindu and a supporter of Modi.

As per the Pew Research Center, only about half (51%) of Indian Americans are Hindu, whereas 18% of Indian Americans identified themselves as Christians, and 10% were Muslim. In India, Hindus make up about 80 percent of the population, and Christians constitute about three percent of the population. The higher presence of Indian Christians in the US not only reflects the different migration patterns of Hindus, Muslims, Christians and others from India to the US, or of the US policy that allows for such selection, it also reflects Indian American choices of political parties. As per a report published by the Carnegie Endowment for International Peace last year “…Indians of all religious faiths prefer Biden to Trump, but with important caveats. Muslim support for Biden (82 percent) is considerably higher than Hindu support (67 percent), which in turn is considerably higher than Christian support (49 percent). The latter community is also the most supportive of Trump (45 percent)”.

So, what prompts Prof. Truschke to needle Hindus and their ways of life, their belief systems, and their choice of political parties in this new tweet of hers? While the motive is difficult to establish unless the person himself/herself offers it, we can surmise from the series of tweets, since 2017 at least, Prof. Truschke is intent on her targeting of Hindus. From her January 7 tweet, we can surmise that she falsely considers that Hindus who support the BJP also support the Republican Party or Donald Trump. She conflates the Indian non-Left with the American Right. She ignores the fact that there is support for the Republican Party and Mr. Donald Trump from other immigrant groups. The flags of Australia, Japan, Vietnam, and other countries were flown on Capitol Hill on January 6, 2021. Christian symbols were the most consistently and prominently displayed. But then, why target Hindus and India? Simply because Prof. Truschke saw another opportunity to ride her favorite hobby horse.

It is a privilege to teach and to teach at an institution of higher education. Teachers have a sacred role in society, as per Hindu belief. A “guru” is one who dispels darkness. Why should such a person as Audrey Truschke be offered the privilege of teaching students at Rutgers? Is she not abusing the role of a teacher by converting it into the role of a proselytizer? By allowing her to proselytize at Rutgers, are you not, all of you administrators who are her supervisors, countenancing her activities? Would you, as administrators, countenance such behavior from faculty if they to target Jews, Muslims, Blacks, Sikhs, women, the LGBTQ, Latinos, others? What do the policies on diversity and inclusion at Rutgers adumbrate? Are those policies consistently applied or only selectively applied when faculty, staff, or students discriminate against others? It is easy for administrators to claim the moral high ground and pontificate about celebrating diversity or protecting people of all colors, faiths, and beliefs when there is a large crowd outside your doors demanding action. That is not much of an indication of courage or of conviction. What speaks for the true mettle of leaders/administrators is when they apply rules consistently, and when they do it when no one is looking to see if the rules are being applied correctly and consistently, or when a small group, with little political power, comes to you seeking redress.

Prof. Truschke is a prolific author. She is also a provocateur. She is an activist and a proselytizer masquerading as an impartial academic. She uses social media to pander to her supporters and to mock her critics. She has become a flag bearer for India’s opposition parties, and a pyromaniac in her pursuit of Indian religious causes. We hope you will consider therefore whether such a person is fit to teach at your esteemed institution. We hope you will speak up, take the right action.