Why Pakistan is able to Raise the K-Rant Again & Again 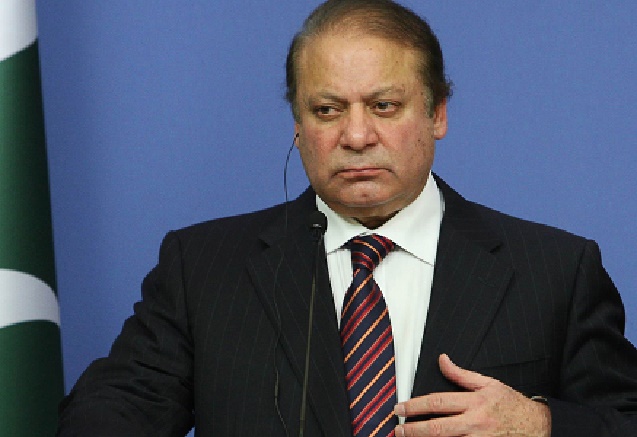 Nawaz Sharif’s speech at the UN General Assembly on 21st September of 2016 would have been foolish and laughable for any Prime Minister. It certainly tickled those Indians, who are familiar with what Pakistan has been doing to our country, ever since we gained Independence in August 1947.

But, it also hurts those among us, who wonder just why Pakistan raises its K-rant at almost every opportunity it gets, whether it be the United Nations in New York or any other international platform. For over 65 years now, Pakistan has played its all-too familiar record of “unresolved Kashmir dispute” because of “ denial to the Kashmiris their UN-ordained right of self-determination” and because of “India not undertaking the Plebiscite in Kashmir scripted in the UN Security Resolution 47 (1948) dated 21st April  1948.  Why is this happening again and again?

The answer was provided by our ex-Diplomat, Rajiv Dogra, who had attained international prominence during his tenure as Consul General of India in Karachi in the seventies and who also served as India’s Permanent Representative on certain UN Agencies. In the course of a brief TV response on the day Nawaz Sharif was to address the UN General Assembly, Dogra lamented that India had very inadequately stressed the fact that J&K is an integral part of India. He felt the time had come to repeatedly emphasize that truism, apart from criticizing Pakistan’s innumerable acts of terrorism in J&K.

A peep into history reveals that this failure to repeatedly let the world know about India’s legal right to J&K began soon after several thousand tribesmen from the Pakistan side attacked the frontiers of that State with machine guns, mortars and flame throwers on October 20, 1947. In reality, these tribesmen were Pakistan army personnel.

Six days later, Hari Singh, the Maharaja of J&K signed, in favor of India, the Instrument of Accession, which was the document approved by the British government as the document that was to be signed by 562 Princely States, which wanted to accede to either the Dominion of India or the Dominion of Pakistan created by the British Independence Act, 1947. The outcome was a bitter war between India and Pakistan. On January 1, 1948, heeding the advice of his British “master”, Lord Mountbatten, then Governor General of India, Prime Minister Nehru, took the matter to the UN Security Council under Article 35 of the UN Charter, which allows the member states to bring to the Security Council’s attention, situations `likely to endanger the maintenance of international peace’. All that India wanted was that Pakistan withdraws its forces from J&K.  It is conspicuous to note that Article 35 makes the Security Council’s decision only recommendatory, not mandatory.

There in the Security Council, news reports tell us how our then Defense Minister, Krishna Menon, made speeches lasting hours and a record number of cups of tea. But, the Government of India did not care to publicly reveal the Instrument of Accession (IOA) signed by the J&K Maharaja, which would have told the people how just was J&K’s accession to our nation. The ministry of Information and Broadcasting (I&B) was non-existent then.

It comes as no surprise therefore that the J&K Maharaja’s IOA was not recognized by Pakistan. Its Prime Minister, Liaqat Ali Khan, was quoted by Pakistan’s Dawn newspaper as describing it as “a fraud perpetuated on the people of Kashmir by its coward Ruler with the aggressive help of Indian Government.”  Such and other remarks were dismissed by Justice AS Anand as “abuse” in his celebrated book on the J&K State

Constitution (Third Edition), pg.77-78, January 1998 (ISBN-81-7534-086-X). Remember, dear readers, Justice Anand is a former Chief Justice of India, and his cited book was based on his Ph.D. thesis of 1963 to the London University, which was approved by it. But, all that was required in the Security Council then was a sworn affidavit by the J&K Maharaja to prove that Pakistan was lying. Or did Nehru not have even a Law Ministry then?

The almost total absence of the J&K Maharaja’s IOA in public domain resulted in at least one Pakistani writer, a female, from saying in her book that the IOA was a fabrication by India or was missing from the records of the Government of India. Others in Pakistan must surely have followed that line of propaganda, because only a few months ago, a retired Director of a Jewellery company in Mumbai felt brainwashed enough to ask this writer whether that document was a red herring of our Government. In order to dispel all such fears, one is compelled to attach, to this article, two images which consolidate the signed IOA of the J&K Maharaja on 26th October 1947 and its acceptance the next day by Lord Mountbatten as the Governor General of India. It is interesting that what has been attached was what was published in the “BJP Today” magazine.

There are undoubtedly many, who will say that every Government of ours has cited our Parliament’s Resolution of 22nd February, 1994 stating, inter alia, that “(a) The State of Jammu & Kashmir has been, is and shall be an integral part of India and any attempts to separate it from the rest of the country will be resisted by all necessary means; (b) India has the will and capacity to firmly counter all designs against its unity, sovereignty and territorial integrity.” But, this Resolution, as well as the one that followed on 15th March 2013 on similar lines, is only “a formal expression of the sense, will or action of a legislative body,” and not one that has “a statutory effect in pursuance of a provision in the Constitution or an Act of Parliament” (Vijay Simha at Sify.com)

There is another tricky element to a Parliamentary Resolution like ours of February 1994 and the second and smaller one that came on 15th March 2013. What if the Pakistan National Assembly passed a unanimous Resolution saying that the Kashmir Valley is, and shall remain an integral part of Pakistan?  What will the United Nations do then? What will it do, especially when (i) India had agreed to a Plebiscite in the State of J&K. recommended by the Security Council in its Resolution 47 of 1949 (ii) the Constitution of India, which came in 1950 merely stated that J.&K. is part of the Territory of the Union of India without  categorically stating that J&K. is and shall be an integral part of the Union of India and (iii) India did not inform the UN that the Constitution of India did not permit the UN-recommended Plebiscite.

Hence, the only way India can succeed in its claim about J&K. being a permanent part of the Union of India is to go by what the people of that State had decided by its own separate democratically constituted Constitution.

Yes, India allowed the formation of a Constituent Assembly of J&K as was demanded by that State. It gave Kashmiris their “UN-ordained right of self-determination” once and for all, about which Pakistan is always ranting about. That Assembly was elected democratically by means of a universal adult franchise for men and women over the age of 21 years. After these elections were completed by August 1951, the first Constituent Assembly meeting took place on 31st October 1951. On that day, Sheikh Abdullah, the tallest ever leader of Kashmir, laid down that one of the main objects of the Assembly was “to declare its reasoned conclusion regarding accession of the State.”  He (Abdullah) enumerated these alternatives: “accession to India; accession to Pakistan or complete independence.” (Page 119 of Justice Anand’s book cited above). That Assembly was truly a Plebiscite conducted in the J&K State by India. India had truly honored its pledge of a plebiscite to the people of J&K. and on the floor of the UN Security Council. And that statement must be unequivocally told to Pakistan and the rest of the world.

And what did this Plebiscite of J&K. Constituent Assembly decide?

J&K. enacted a State Constitution in November 1956 in which Section 3 states: “The State of Jammu & Kashmir is and shall be an integral part of the Union of India.” Further, there is a provision in the J&K. Constitution in Section 147 that no Bill to amend Section 3 shall be introduced in either house of the (J&K) Legislature, thereby making Section 3 non-amendable for all the time to come.

Furthermore, Section 4 of the J&K State Constitution says that “The territory of the State shall comprise the territories which on the fifteenth of August, 1947, were under the sovereignty or suzerainty of the Ruler of the State.” Hence, it is clear that all of the so-called POK is a part of what the J&K. Maharaja acceded to the Indian Dominion on 26th October 1946.

If after our historic triumph in the Bangladesh war of 1971, Mrs. Indira Gandhi and her advisers had remembered the above Sections 3 and 4 of the J&K. State Constitution during the negotiations with Zulfiqar Bhutto, the Shimla Agreement would never have permitted the so-called Kashmir dispute to be resolved “bilaterally”. India would have been gained a full possession of POK, as well as Gilgit and Baltistan. But, as always, it’s better late than never. India must permanently inject into Pakistan the contents of Sections 3 and 4 of the J&K. State Constitution.