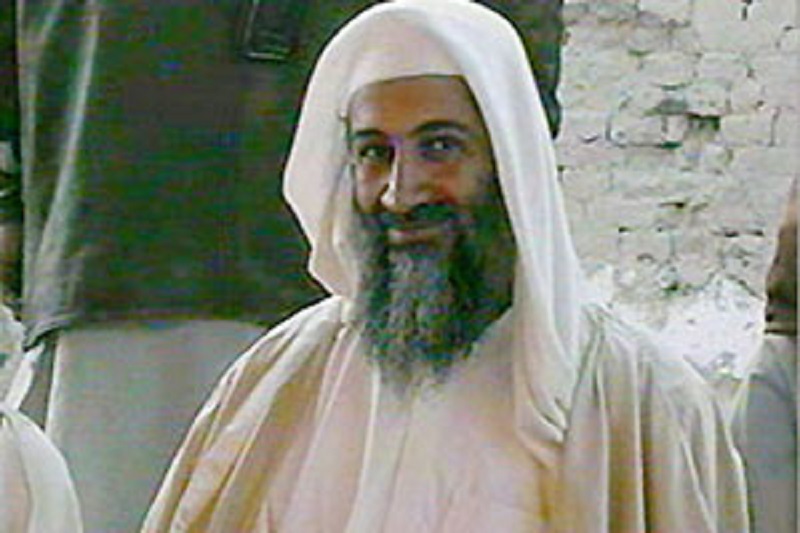 The man who got the Osama bin Laden $20 million reward for justice used to engage Sindhi and Baloch intellectuals, writers and activists on the internet until his sudden disappearance and had written this to me nine years ago calling US, India and Israel enemies of the Muslim world.

The man, ISI Brigadier Usman Khalid, was outed by The News International reporter Amir Mir about a week  ago. He was totally opposed to Baloch nationalist leaders and former chief ministers of Balochistan, Sardar Ataullah Mengal and his son Sardar Akhtar Mengal, and the two icons of the Baloch freedom movement, who are now deceased,  Nawab Khair Bakhsh Marri and Nawab Akbar Khan Bugti.

The venomously anti-Hindu, Brigadier Usman Khalid, was chairman of the London Institute of South Asia. He used to be quite active on the internet and engaged in debates through emails with Baloch and Sindhi intellectuals.

Brigadier Usman Khalid’s name has propped up since Seymour M. Hersh knew more than the 10,000 words write-up in the London Review of Books, titled ‘The Killing of Osama bin Laden.’

Hersh, many believe, appears to have been duped by Pakistan’s infamous ISI since his write-up presents them in a favorable light.In an email on 17 May 2006 from London, Brigadier Khalid wrote to this correspondent:

ASA. I do not understand the expression ‘dhol sipahi’. Is it meant to be rude or mere sarcasm? If you meant to be either; you should be ashamed. I have always known the Baloch to be polite and respectful to elders.

A traitor is much worse than the enemy. An enemy can be forgiven; a traitor, never. It was only a small number of traitors who orchestrated the Civil War in East Pakistan. Pakistan was tardy in dealing with them, The result was a civil war that is always messy.

Sheikh Mujib was a traitor, so is Ataullah Mengel. The Mengel father and son have preferred to be enemy collaborators even though they were both elected to be Chief Ministers in the Province of Baluchistan . I hope they are dealt with as collaborators and not forgiven once again.

Nawabs Khair Bux Marri and Akbar Bugti are misguided old fools with a big ego. They can, and I hope they would, recognise that their enemy (and the enemies of the Muslim World) are the USA , India and Israel. It is insane to see them as friends.

The people of Iraq , Afghanistan and Palestine will succeed because they deal with collaborators swiftly and severely. I wish the same had been the case in Kashmir . I do have remorse when a Muslim is killed – any Muslim anywhere in the world. But what I regret is that Sheikh Mujib’s antics were treated as legitimate politics; it was outright treachery.

Brigadier Usman Khalid was of the view that Pakistan has to fight the subversives deployed by India primarily in the Diaspora to do its dirty work. ‘We have nuclear deterrent in place; all we need to do is to defeat subversion,’ Brigadier Usman Khalid said in an email exchange with leading US-based Sindhi intellectual Professor Gul Agha.

In one email, he said, ‘The subversives have to cross a very fine line to become traitors. They start with complaining of being victims, then they seek the support of the enemy and embrace his agenda, and then become full-fledged traitors.’ He urged Islamabad to take note of activities of ‘Sindhi Hindus.’

Well-known journalist Amir Mir, quoting well informed sources, in Rawalpindi – headquarters of Pakistan army—concedes that the vital information about the bin Laden compound was actually provided to the Americans by none other than ISI official Brigadier Usman Khalid.

’The retired Brigadier, who has already been granted American citizenship along with his entire family members, persuaded Dr Shakil Afridi, a Pakistani physician, to conduct a fake polio campaign in the Bilal Town area of Abbottabad to help the Central Intelligence Agency hunt down Osama,’ Mir reported Tuesday.

Amir Mir is the brother of another well-known journalist, Hamid Mir,  who survived an attack on his life in spring last year. He was attacked allegedly because of his bold coverage of the issue of enforced disappearances in Balochistan.

Here is the partial list of the several people who used to work with Brigadier Usman Khalid at LISA.