In which Pankaj Mishra defends racists 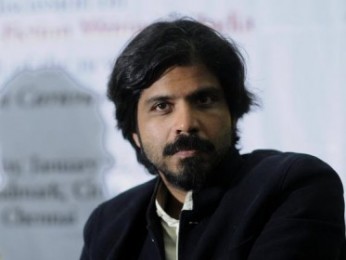 Livemint on 30 September published this op-ed by Pankaj Mishra, which warns how the Americans are falling for a dangerous cliché known as Narendra Modi.

Let there be no mistake: this is your usual anti-Modi article. Without wasting much time, let’s get directly to Mishra’s key points:

In 2005, Narendra Modi, then the chief minister of the Indian state of Gujarat, was prevented by a State Department visa ban from attending a rally at Madison Square Garden. On Sunday night, Modi finally made it there with a Bollywood-style extravaganza. All had been apparently forgiven as he stood against flickering videos of Indian robots and mansions and reminded his audience in Hindi of his humble origins as a “tea vendor.” Here was a “small man,” who can “do big things,” nevertheless, such as building houses for all Indians by 2022, and restore a sense of self-esteem among Indian-Americans battered by years of shameful identification with a country known for “snake charmers.”

His audience — more than 18,000 Indian-Americans, according to a controversial blog in the Economist, and “as prosperous and upstanding a diaspora as you will find from the Redwood forests to the Gulf Stream waters” — shouted “Modi, Modi, Modi” while “wearing T-Shirts bearing his face.”
Some of them also abused and heckled a famous Indian television anchor, who had extensively covered the 2002 killings of Muslims in Gujarat, when Modi was chief minister. He was reduced to pushing and shoving his affluent tormentors and shouting that wealth does not bring class.

Modi’s admirers have subsequently censured The Economist for denouncing their beloved leader as a “pain in the ass” (the magazine had actually referenced a widespread disdain in New York for traffic-stopping dignitaries), and his supporters as victims of “obedient hysteria.”

Pankaj Mishra like most anti-Modi journalists goes on to ignore the fact that the 2002 communal carnage was scrutinized by a Special Investigation Team under the Supreme Court’s direction, which then gave a clean chit to Modi. Mr. Mishra has full rights to hold Modi guilty in spite of evidence countering him.

But in how he like others of his kind reveals themselves, he holds Modi guilty of telling the truth about his humble origins. Also one wonders why it is wrong to give hope to the Indian Americans that their original homeland will transform into a developed nation.

Unlike Mishra’s claim, it is quite evident that a vast number of NRIs rose not because they were ashamed of India but for the reason that India offered negligible opportunities for its best and brightest, coupled with economic stagnation which was the gift of Nehruvian socialist planning. But a large number of these NRIs after making something of themselves abroad, have indeed sent substantial portions of their wealth back home. It is strange that Pankaj Mishra blames pro-Modi supporters for Rajdeep Sardesai’s hullabaloo even after a video surfaced showing Sardesai being the person responsible for of the attack.

And then, Mishra turns to defend the racist Economist piece, specifically the part calling Modi pain-in-the ass since the remark is a widespread disdain in New York for traffic-stopping dignitaries. Mishra should have realized that the Economist is supposed to be a reputed financial magazine, and not the personal blog of the author, Patrick Foulis.

To an outsider, the gap between the apparent silliness of the event — with its dancing girls and its caricature artist live-painting on stage — and the crimes of which Modi has been accused must seem vast. It is hard to think of another world leader who might think this was an appropriate response to a visa ban. But to dismiss Modi’s stage show as just tasteless misses the point. ….It actually reminded me of “Raju Ban Gaya Gentleman (Raju Becomes a Gentleman),” one of many Bollywood films to assert that rising Indians can conquer the world in their own style…..In one of these movies, a song mocking the anglicized Indian — that in rough translation goes something like this: “I have become a gentleman, and started to strut, look at my suit and boot, like a white man from London” — stresses that the small Indian who starts to do big things does not have to renounce his origins or follow the rules of the game set by already rich and powerful foreigners. Rather, the latter have to acknowledge his particular identity, dignity and integrity.
One of Modi’s political feats is to have tapped into the complex insecurities of rising Indians with his potpourri of fantasies tinged with defiant, if under-educated, Hindu nationalism.

It seems Pankaj Mishra is oblivious of Pandit Jawaharlal Nehru’s arrogant claims like ‘By education I am an Englishman…’ and ‘I am the last Englishman to rule India.’ Knowing what we know about the first PM of India, it is clear that he had more insecurities than these hardworking NRIs; actually his biopic can be titled Pandit Ban Gaya Gentleman. Mishra, similar to many Nehruvian liberal writers, would prefer if these NRIs shredded their links to their homeland.

And now for the most unpleasant part of Mishra’s tour de disgrace cloaked as commentary:

The problem is that many in the country they do not live in can only suffer greatly from the extravagant schemes of self-proclaimed small men. Among many others in the last century, the provincial from Hunan, also known as Mao Zedong, sold himself as the creator of a new utopia for people cruelly excluded from the world’s great banquet of wealth and power.

But such ostentatious plans as the Great Leap Forward were doomed to fail; scapegoats were soon sought among intellectuals, artists and other traitors.

It is not too early to worry about the pernicious fall-out from the ambition to turn India into a golden bird in double-quick time. For Modi’s plan to redeem India’s thousand years of slavery through labor-intensive manufacturing may be about as realizable in these days of increasing automation as Mao Zedong’s project of overtaking America’s industrial production by making steel in backyard furnaces…..

First, I have to admit that it was refreshing to see Modi being likened to Mao this once; typically, Modi-baiters are at ease with the Fuhrer analogy. Now I’m sure Pankaj Mishra can set apart the fiscal as well as the civic policies of the democratically elected Modi government from that of the communist despot Mao’s. Moreover, for students of history, it is well attested that till the 1980’s the Indian state was run on ideologies not that dissimilar from Mao’s. Mishra cannily omits the fact that it was not Modi who proclaimed ‘Garibi Hatao’, but the secular Indira Gandhi who like Mao, was not hesitant to impose an autocratic regime.

Also Mishra might remember that most of those who oppose Modi and the BJP are sympathetic to the “ideology” represented by Mao. Pankaj Mishra who has gone hammer and tongs after Modi (for the nth time) needs to recall his own record. His two-year old piece reveals himself as a concerned supporter of Binayak Sen, a well-wisher of Left Wing terrorists who want to implement Mao’s “vision” in India. In which case, Mishra should be glad that Modi’s in power.

…The Economist may have seemed racist to some by recording the gap between the fantastical quality of Modi’s promises, which included an Orientalist reference to snake charmers, the obedient hysteria of his supporters, and the seriousness of his tasks. But anyone with a sense of history can only be wary of the blind worship of raw power…. “You are a cliche, Modi,” John Oliver charged on his Sunday night show as he replayed a clip of the Indian prime minister intoning to a baffled New York audience, “May the Force be with you.” The powerful Indian leader may actually be the most dangerous of cliches, since the force unleashed by him can swiftly turn malevolent……India desperately needs a vision other than that of the vain small man trying to impress the big men with his self-improvised rules of the game.

The Economist’s disparaging piece according to Mishra ‘may have seemed racist to some’ but Modi is communal when he makes statements like ‘India first’, ‘Sab ka saath, sab ka vikaas’ and ‘Appeasement of none and justice to all’? Oh! And as far as the Orientalist reference to snake charmers this picture is very helpful:

For over six decades, it has been Mishra and a host of such “intellectuals” who adulated Nehru seeing nothing wrong in him, even brushing aside his bungles. And the forces unleashed by Nehru and his clan have done more to make India dormant as well as communally hostile.

As for John Oliver, let me admit that when it comes to matters of politics, the USA has given us a host of incisive and talented satirists. It is this role that men like John Oliver along with others like Dennis Miller play with precision. And a lot of their content on India comes from the mainstream media, whose follies and ignorance are exposed in this satirical piece.

It’s clear that Mishra does not want what he calls ‘the vain small man trying to impress the big men with his self-improvised rules of the game’ to give a vision for India. He wants it to come from a band of ideologically torpid scholars who speedily morph and coin inane phrases like ‘Idea Of India.’  This idea has put subjects as varied as history, religion and philosophy in one basket which the intellectuals then throw into the sea. As Tehmina Arora, one of these eminences claimed:

So Modi is a cliché because he stops conflict which is actually dangerous?